Ocasio-Cortez made the comments during a voting rally at the Paper Tiger live music venue, where she endorsed progressive Democrat candidates Jessica Cisneros and Greg Casar, who are running for seats in the state’s 28th and 35th Congressional districts, respectively, MySanAntonio.com reported. The primary elections are set for March 1.

Per the outlet, Ocasio-Cortez said:

Here’s what’s exciting about Jessica’s race and Greg’s race, is that if we flip Texas, we flip the country…Texas turning blue is inevitable. The only question is when. We are going to fight for a living wage, we are going to make sure we unionize the hell out of this state… and we’re going to make sure that not one dime is made exploitatively across any worker, especially the undocumented.

Ocasio-Cortez: Texas turning blue. Inevitable. Inevitable! It will happen. The only question is when..We're going to make sure we unionize the hell out of this state.

The congresswoman from New York “said she supports the two for Congress due to their shared interests for Texas and the U.S., including Medicare for all, good-paying union jobs, and reproductive freedom,” according to MySanAntonio.com. 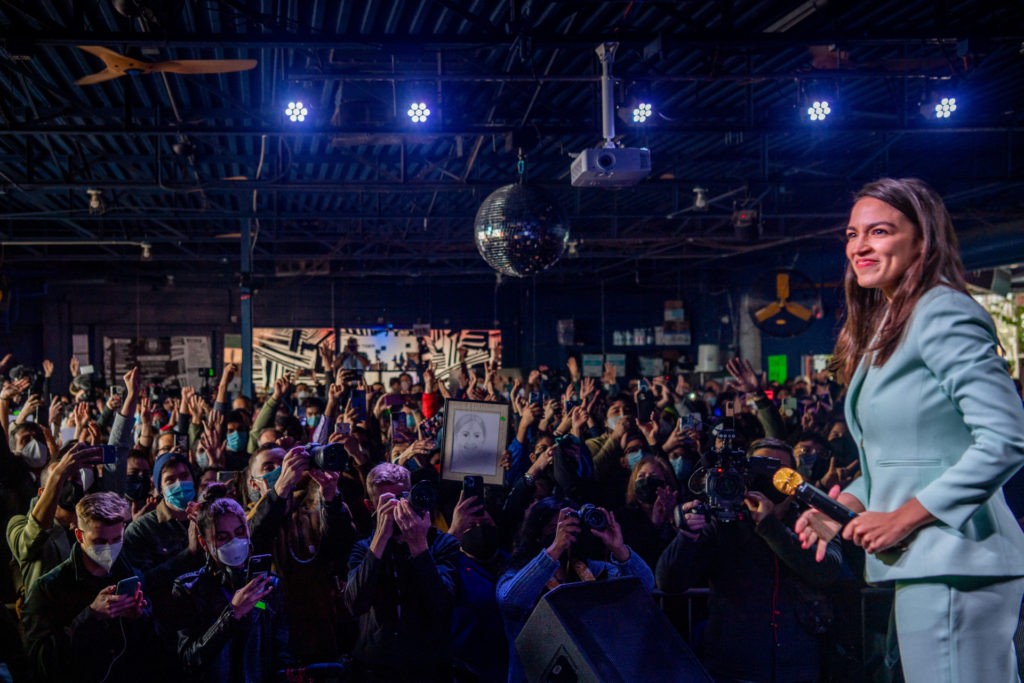 U.S. Rep. Alexandria Ocasio-Cortez (D-NY) speaks during the ‘Get Out the Vote’ rally on February 12, 2022 in San Antonio, Texas. (Brandon Bell/Getty Images)

Cisneros is an immigration attorney and is primarying incumbent Democrat Rep. Henry Cuellar, who represents the 28th district in the Lone Star State, MySanAntonio.com reported. Cuellar has held the seat since 2005. The other AOC-endorsed candidate, Casar, a former member of the Austin City Council, is running in the 35th district, which is currently held by longtime Rep. Lloyd Doggett (D). Doggett is running for the state’s newly created 37th district, according to Ballotpedia.

While speaking at a Christian Science Monitor breakfast in September of 2019, Republican Senator Ted Cruz (TX) said if the GOP were to lose Texas, it would spell doom, Politico reported at the time.

“If we lose Texas, it’s game over,” Cruz said at the breakfast while referencing the 2020 election. “I don’t believe Texas will turn blue but central to that is we’re going to have to work to communicate and turn people out.”

In terms of recent presidential general election results, Democrats have made slow and steady progress in closing the gap in Texas. Former President Donald J. Trump secured the state and its 38 electoral votes by a margin of 52.1 percent to President Joe Biden’s 46.5 percent, according to Politico. In 2016, Trump fared slightly better than in 2020, garnering 52.6 percent of the vote, while failed presidential candidate Hillary Clinton received 43.4 percent of the vote – substantially less than Biden’s recent 46.5 percent, per Politico. Back in 2012, then-presidential candidate Mitt Romney, a Republican, brought home 57.4 percent of votes, while former President Barack Obama earned 41.4 percent of the vote, Politico‘s 2012 election map shows.