Most Americans disagree with Canadian Prime Minister Justin Trudeau’s handling of the Canadian freedom truckers in his country, but a majority of Democrats support his protest crackdown, a Trafalgar Group survey released Tuesday found.

“Do you approve or disapprove of Canadian Prime Minister Justin Trudeau’s handling of the trucker protest in his country?” the survey asked.

Overall, it found 55.3 percent disapproving, compared to 35.1 percent who approve and 9.6 percent who are unaware of it.

Notably, there is a significant partisan divide, as 87.3 percent of Republicans disapprove of Trudeau’s handling of the protest, but 65.7 percent of Democrats approve of it. Most independents, 74.4 percent, disapprove. 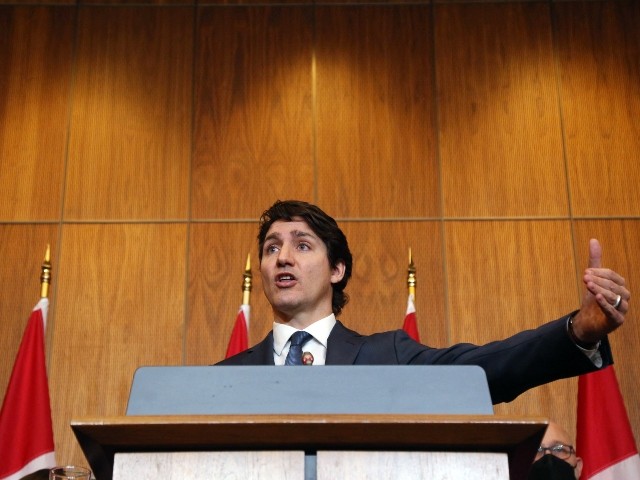 The survey comes as Trudeau opted to invoke the Emergencies Act in response to the trucker protests against vaccine mandates and restrictions, “the first time in Canadian history the act has been used since it replaced the War Measures Act in 1988,” as Breitbart News detailed:

While Trudeau claimed that he would not be deploying the military on the streets of Canadian cities and towns, Deputy Prime Minister Chrystia Freeland stated that supporters of the protests may have assets and bank accounts frozen.

On Monday, the Canadian Parliament approved of Trudeau’s motion to invoke the Emergencies Act. As Breitbart News reported, “At press time on Monday, no active Freedom Convoy protests exist anywhere in Canada.”

Notably, a Rasmussen Reports survey released last week that most Americans support the idea of similar protests in the U.S.: