President Biden’s “weakness” and “inadequate response” to Russia’s invasion of Ukraine, has “emboldened” adversaries while destabilizing Europe and undermining U.S. national security, according to Rep. Guy Reschenthaler (R-PA). The congressman warned of “disastrous consequences for years to come” as he slammed the president’s “radical war on American energy” and its toll on citizens’ pockets, while calling to “unleash” domestic energy production.

In an exclusive statement to Breitbart News on Thursday, Pennsylvanian Republican Rep. Guy Reschenthaler, who served in the Navy Judge Advocate General Corps and volunteered for duty in Iraq, began by blaming much of the current turmoil on the president’s “weak” standing and policies.

“President Biden’s weakness on the global stage has emboldened our adversaries, destabilized Europe, and undermined our national security,” he said.

He also condemned the Biden administration’s waiving of sanctions on the company behind the Nord Stream 2 gas pipeline to Germany and its chief executive last year despite fears of increased European dependency on Russia. 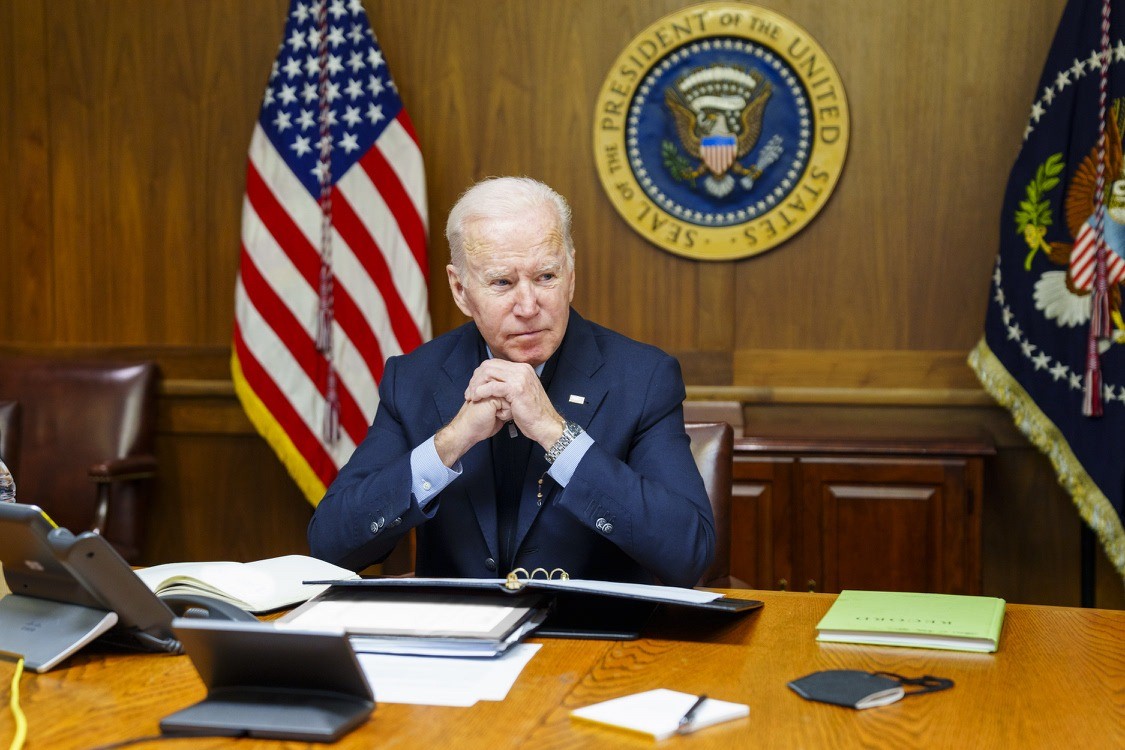 “Biden never should have removed sanctions on the Nord Stream 2 pipeline,” he said. 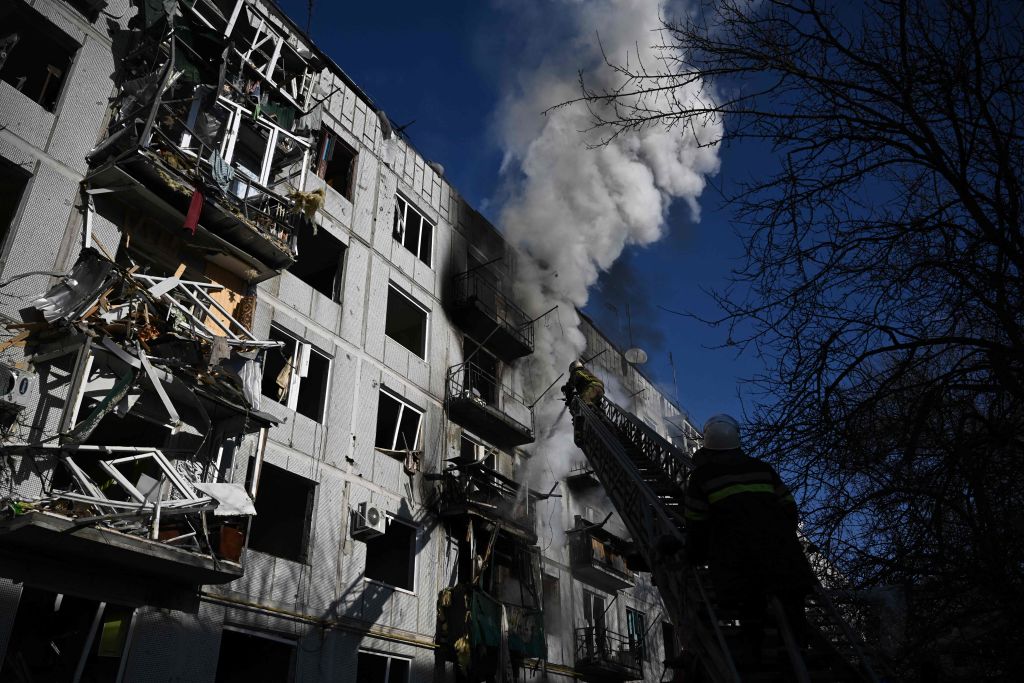 Firefighters work on a fire on a building after bombings on the eastern Ukraine town of Chuguiv on February 24, 2022, as Russian armed forces are trying to invade Ukraine from several directions, using rocket systems and helicopters to attack Ukrainian position in the south, the border guard service said. (ARIS MESSINIS/AFP via Getty Images)

Called to impose “crippling” sanctions in the face of Russian aggression, he also urged assisting in Ukraine’s defense.

“Now he must enact crippling sanctions on Russia’s financial institutions and provide Ukraine with the necessary lethal aid to defend itself from Russia,” he said. 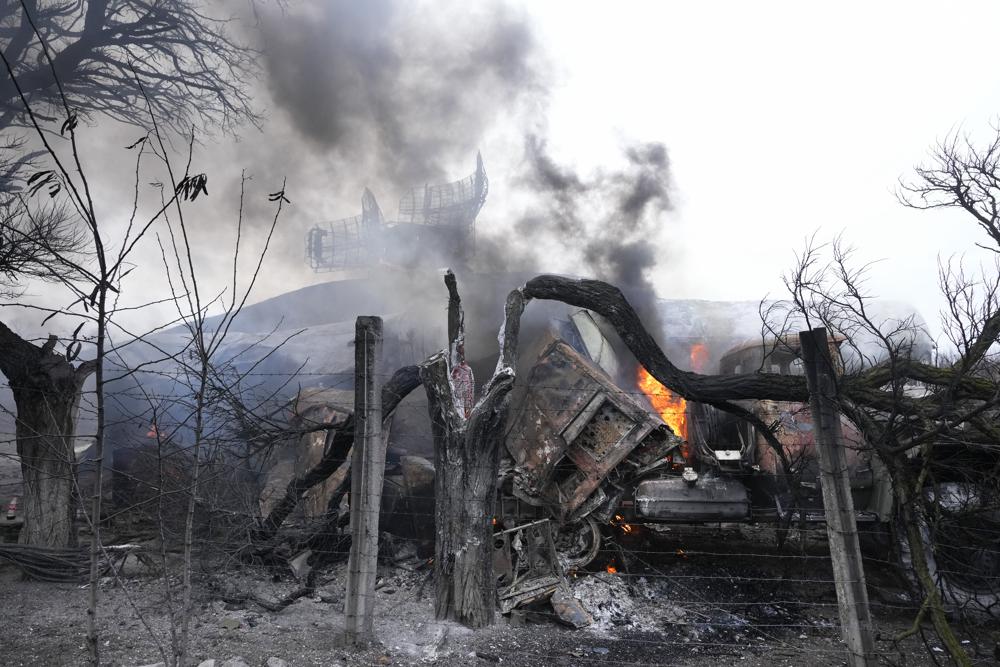 According to Reschenthaler, the president’s display of weakness in the face of Russian aggression will have devastating and prolonged repercussions.

“Biden’s weak and inadequate response to the Russian invasion of Ukraine will have disastrous consequences for years to come,” he warned.

He then highlighted how the president’s policies have harmed the country both domestically and internationally.

“Biden’s war on the U.S. oil and gas industry is killing American jobs, destroying our long sought-after energy independence, and making us weaker on the world stage,” he said. “Biden canceled the Keystone XL pipeline but greenlit the Nord Stream 2 pipeline — despite knowing it would give Russia a ‘chokehold’ over Europe.”

The congressman concluded by noting the price paid by citizens due to the current administration’s energy policies, while calling on the president to “unleash” U.S energy production and allow for a stronger energy partnership with Europe.

“Thanks to Biden’s radical war on American energy, hard-working Americans across the country are paying more to heat their homes and fill up their gas tanks,” he said. “President Biden must unleash U.S energy production and allow our nation to become Europe’s leading energy partner.”

Reschenthaler’s remarks come as President Biden has warned that “defending freedom will have costs for us as well, here at home” as rising gas prices hit Americans nationwide.

Last month, Reschenthaler blasted President Biden’s “continued weakness,” accusing the president of giving Russian President Vladimir Putin a “greenlight” to attack Ukraine after signaling he would not respond to any “minor” Russian incursion.