Vulnerable Iowa Democrat Rep. Cindy Axne (D-IA) appears to have flip-flopped on her anti-American energy record, as she wants “oil producers here in our own country to ramp up their production back to where we were pre-pandemic.”

Axne, Iowa’s lone congressional Democrat, claimed during a radio interview last week with Let’s Talk Greene County that “literally nothing is stopping domestic oil production from happening except for Wall Street,” despite the policies President Biden and Democrats have pushed for since he took office.

The Democrat also claimed there is “no logic” to the claim that green energy policies from the current administration caused problems for oil companies.

However, she has voted with the Biden administration 100 percent of the time, standing by the president as he has taken aim at American energy since being in office. Biden has canceled the Keystone XL Pipeline, suspended oil and gas leasing on public lands and waters, halted federal support for oil and gas projects overseas, and suspended oil drilling leases in the Arctic National Wildlife Refuge (ANWR). Biden also waived the sanctions on Russia’s Nord Stream 2 pipeline. 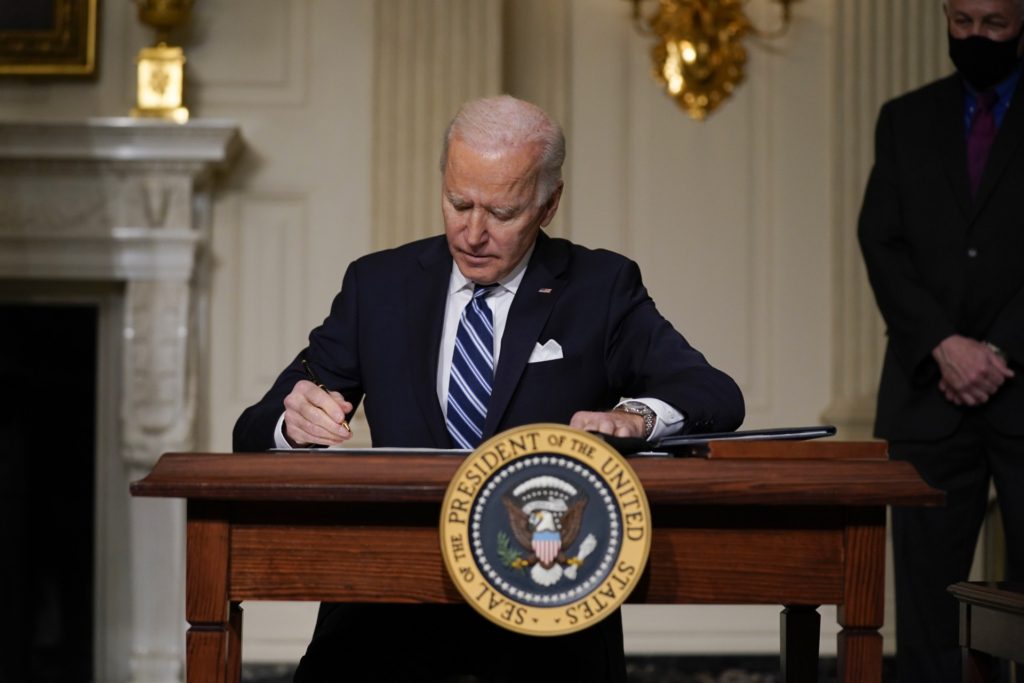 In fact, last Wednesday, House Democrats also blocked consideration of a Republican bill to make the United States energy independent from Russia as they recently invaded Ukraine. The bill would have reversed all of the policies put forth by the Biden administration that hurt oil production. 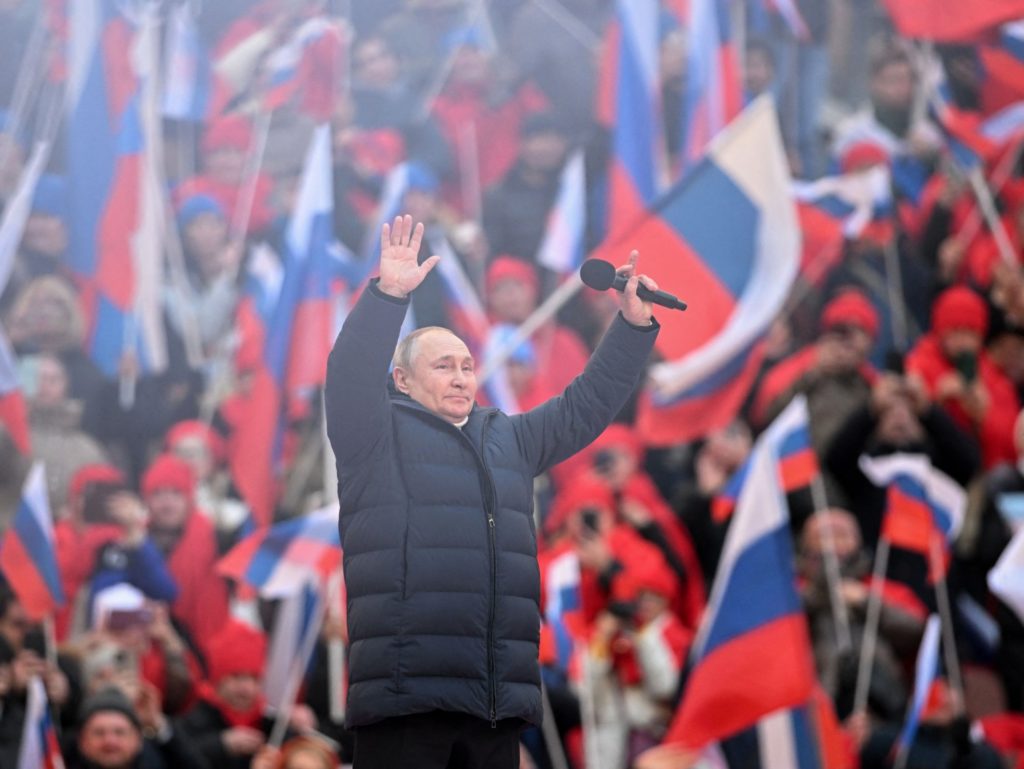 Russian President Vladimir Putin greets the audience as he attends a concert marking the eighth anniversary of Russia’s annexation of Crimea at the Luzhniki stadium in Moscow on March 18, 2022. (RAMIL SITDIKOV/POOL/AFP via Getty Images)

In 2021, Axne also received a 100 percent score from the League of Conservation Voters (LCV) — a leftist environmental group — and a lifetime score of 96 percent. Axne voted for the Democrats’ reconciliation package, which targeted the oil, natural gas, and refining industries in the United States. 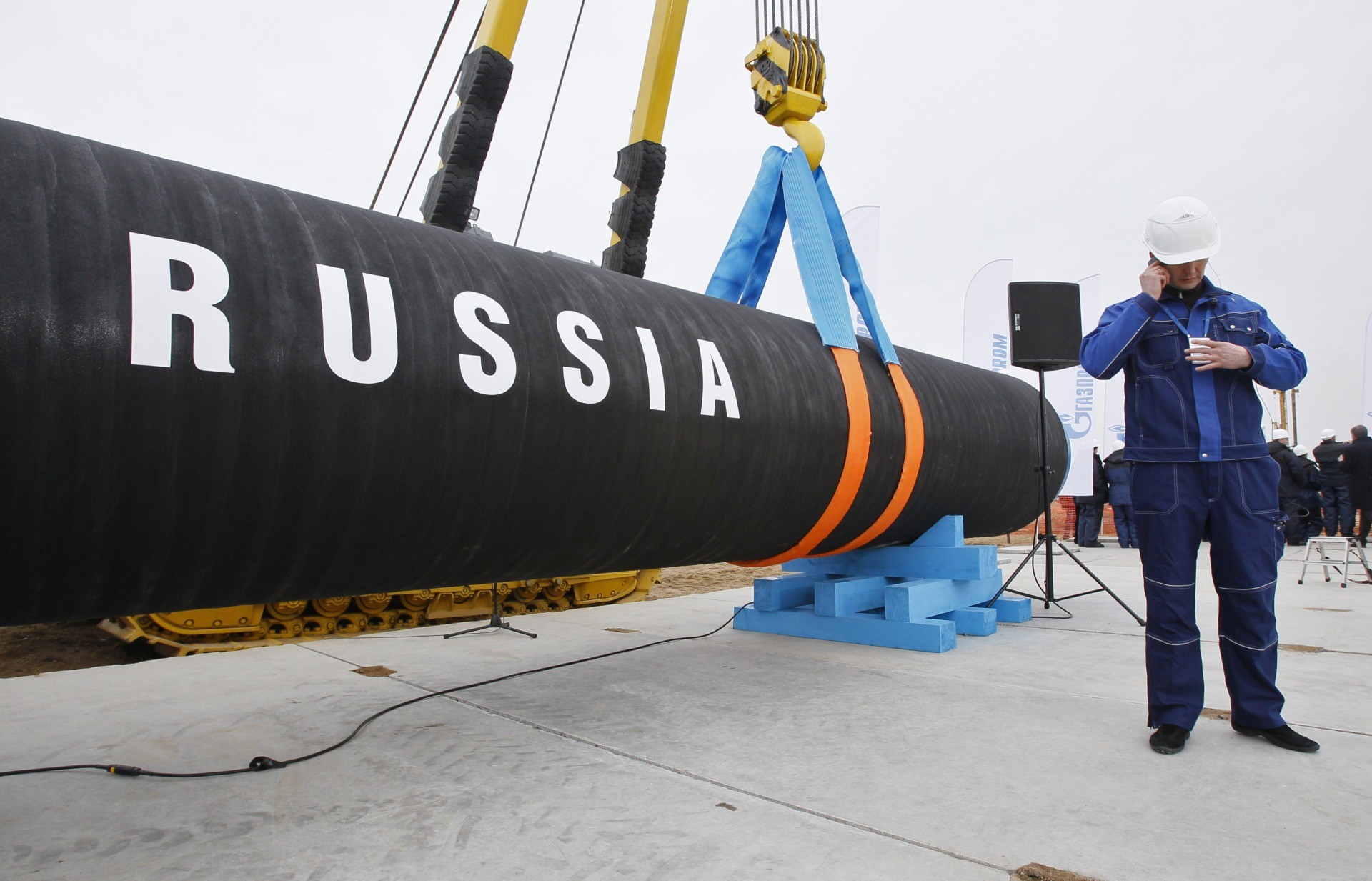 A Russian construction worker speaks on a mobile phone during a ceremony marking the start of Nord Stream pipeline construction in Portovaya Bay some 170 kms (106 miles) north-west from St. Petersburg. (AP Photo/Dmitry Lovetsky)

She voted for the bill even though some of her vulnerable Democrat colleagues signed a letter to Democrat leadership acknowledging that some of the provisions in the reconciliation package, if passed, had the “potential to cost thousands of jobs, stifle economic recovery, increase energy costs for all Americans, strengthen our adversaries, and ultimately impede the transition to a lower-carbon future.”

Additionally, Axne flip-flopped on inflation earlier this month, claiming it is real after previously calling it “false advertisements” with no long-term effect.