Tennessee Sen. Marsha Blackburn (R-TN) asked Jackson if she could provide a definition for the word “woman,” in light of recent national debate regarding transgender athletes and men who compete in women’s sports.

Jackson, who was nominated by Biden because she is a black woman, could not answer Blackburn’s question.

Blackburn asked, “can you provide a definition for the word woman?”

“Can I provide a definition? No, I can’t,” Jackson replied.

“You can’t?” Blackburn again asked. “Not in this context, I’m not a biologist,” Jackson said. 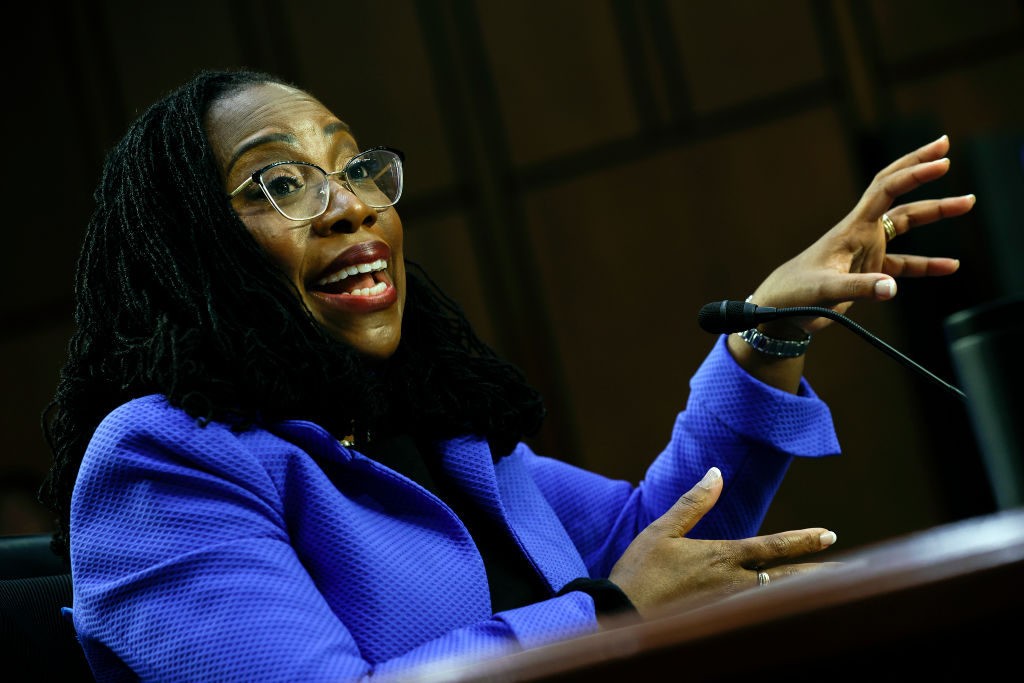 “The fact that you can’t give me a straight answer about something as fundamental as what a woman is underscores the dangers of the kind of progressive education that we are hearing about,” Blackburn said.

Blackburn then turned to Lia Thomas, the man who made national headlines last week after winning the NCAA’s women’s 500-yard freestyle. Blackburn asked Jackson what message allowing Thomas to compete against women sends to “girls who aspire to compete and win in sports?”

“Senator, I’m not sure what message that sends,” Jackson said. “If you’re asking me about the legal issues related to it — those are topics that are being hotly discussed, as you say, and could come to the court.”

“I think it tells our girls that their voices don’t matter. I think it tells them that they’re second-class citizens,” Blackburn said. “And parents want to have a Supreme Court justice who is committed to preserving parental autonomy and protecting our nation’s children.”