A Jerusalem court ruled on Sunday that Jews should now be permitted to recite the seminal Jewish “Hear o Israel” prayer as well as bow down on the Temple Mount, Judaism’s holiest site, in a decision that sparked an outcry among Arab officials.

Three Jewish teenagers were arrested after being caught praying at the holy site, in violation of a arrangement with the Jordanian Islamic Waqf that bars Jewish prayer there.

They were subsequently banned from the site by Israel Police. Muslims are permitted to ascend the site, which houses the Al Aqsa Mosque and is Islam’s third holiest, every day and pray there while Jewish visitors are restricted to certain hours and even uttering a prayer under one’s breath can be cause for detention.

Jordan said the ruling amounted a “gross violation” that would open the door for Jewish “extremists” to hold “ceremonies at the Al-Aqsa compound.” 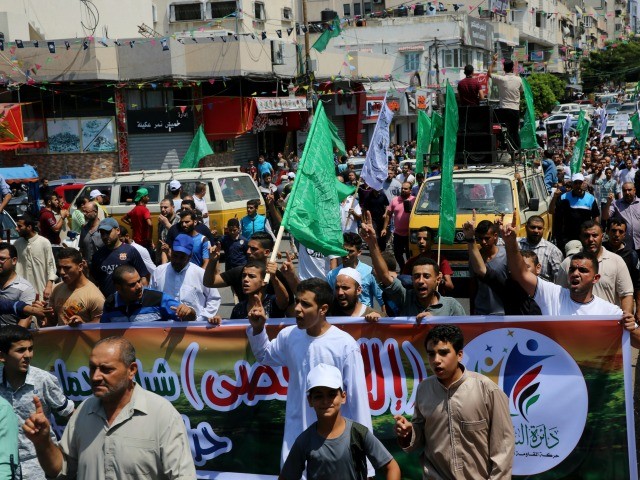 “The ruling is legally null and void according to international law, which does not recognize the authority of the Israeli judicial system on occupied Palestinian territories from 1967, including east Jerusalem,” a statement issued by the Jordanian foreign ministry read.

“The ruling “is a gross violation of international decisions relating to Jerusalem, including resolutions passed by the United Nations Security Council, which all clarify that the status quo must be maintained in the holy city.”

The PA called on the U.S. “to intervene urgently to stop the Israeli attacks on our people and their sanctities.”

The Hamas terror group, which rules the Gaza enclave, said the ruling “plays with fire while crossing all red lines, and is a dangerous escalation for which the leaders of the occupation shall bear the consequences.”

Earlier, a statement from Israeli Prime Minister Naftali Bennett’s office clarified that the ruling did not mean any there were any intended changes to the status quo of the flashpoint site.

“There is no change, nor is any change planned, on the status quo of the Temple Mount,” the statement said. “The Magistrate Court’s decision is focused exclusively on the issue of the conduct of the minors brought before it, and does not constitute a broader determination regarding freedom of worship on the Temple Mount. With regard to the specific criminal case in question, the government was informed that the state will file an appeal to the District Court.”

On Monday, a day after the ruling, a Jewish man was detained for prostrating on the site. A video clip showed two men stopped at the entrance while trying to enter the site wearing Jewish prayer shawls and phylacteries.

The site as been the scene of violent clashes between Palestinian rioters and Israel Police in recent weeks.