Left-wing New Zealand Prime Minister Jacinda Ardern received a rapturous response Thursday at Harvard University as she outlined her government’s commitment to strict gun control laws, linking them to the defense of democracy.

The Harvard Gazette reports Ardern, a former president of the International Union of Socialist Youth, drew loud cheers and standing ovations as she spoke about how her government cracked down on gun ownership in the wake of the deadly 2019 Christchurch mosque attacks.

“We knew we needed significant gun reform, and so that is what we did,” she said. “But we also knew that if we wanted genuine solutions to the issue of violent extremism online, it would take government, civil society and the tech companies themselves to change the landscape.”

The Labour Party leader said the move on gun ownership, which involved restrictions on semiautomatic firearms and high-capacity magazines, was a way of defending democracy and personal freedoms.

Ardern’s strict actions were mirrored two years ago when she imposed some of the toughest restrictions in the world during the coronavirus epidemic. In that period she closed New Zealand’s borders to the world while enforcing social measures to build a two-tiered society – the vaccinated and the unvaccinated – as Breitbart News reported.

“This imperfect but precious way that we organise ourselves, that has been created to give equal voice to the weak and to the strong, that is designed to help drive consensus – it is fragile,” Ardern outlined.

“For years it feels as though we have assumed that the fragility of democracy was determined by duration.  That somehow the strength of your democracy was like a marriage; the longer you’d been in it, the more likely it was to stick.

“But that takes so much for granted.”

Ardern also took aim at online disinformation and called on tech companies to do more to stop the online spread of conspiracy theories. 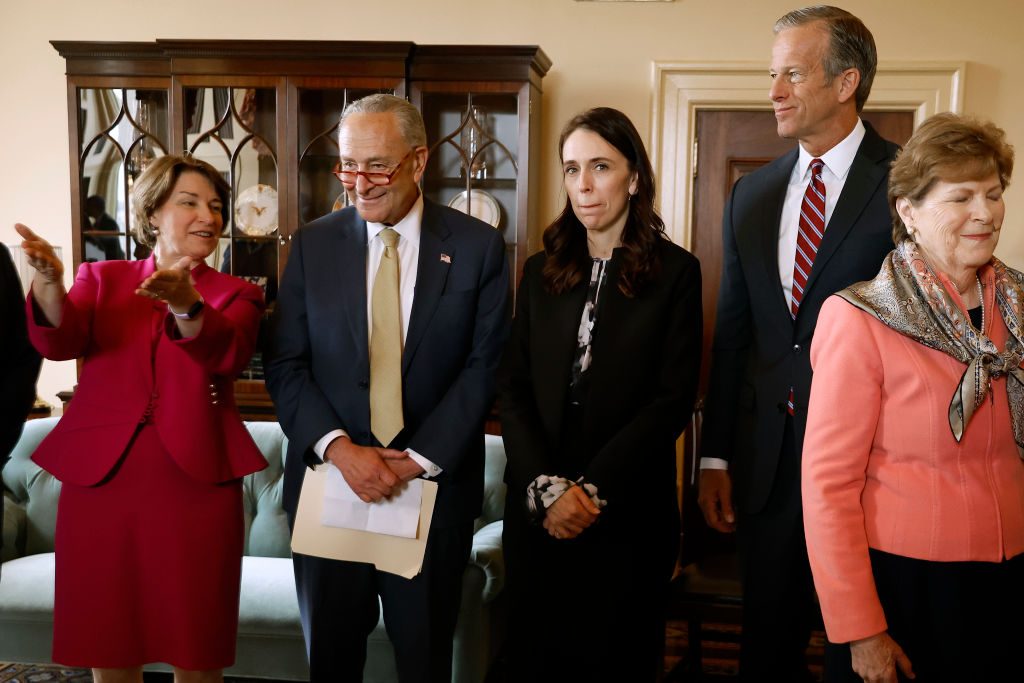 “The time has come for social media companies and other online providers to recognise their power and to act on it,” she said.

Ardern spoke at the first Harvard Yard Commencement since the pre-pandemic year of 2019.

The Classes of 2020 and 2021, whose mid-pandemic achievements were marked with online celebrations, will be honored in person on Sunday.