“Rolling back the tariffs on China would undermine the U.S. position in negotiations, expose many U.S. companies and workers to a sudden flood of imports, and signal to China that waiting out the United States is preferable to changing their non-market behavior or complying with the Phase One Agreement,” the Senators wrote.

The letter comes as Biden and Yellen have both suggested they want to cut U.S. tariffs on China in what they claim will drive down inflation for American consumers.

Research from the Economic Policy Institute (EPI) has shown that cutting U.S. tariffs will have little-to-no impact on current inflation, potentially only reducing consumer prices by a one-time 0.3 percent.

In closing, we note that the tariffs are not a driver of today’s inflation. Not only do the tariffs predate the current inflation by over three years, but Chinese imports make up only 2 percent of goods included in the Consumer Price Index (CPI) and would not materially reduce inflation. [Emphasis added]

Indeed, much of the inflation we are seeing relates to fuel and food — sectors that are unrelated to imports from China. To avoid the tremendous strategic cost of lifting the tariffs, we urge you to retain the tariffs on China in their current form, and exercise all the tools at your disposal to assert U.S. rights in the face of China’s unfair economic practices. [Emphasis added]

For years, analysis by Breitbart News has shown that tariffs do not raise prices on Americans. The latest EPI research notes that there is no connection between U.S. tariffs, which were imposed by former President Trump, and current inflation:

The timing of the tariffs clearly shows no correlation with inflation and eliminating tariffs could not plausibly restrain it. The bulk of the tariffs were in place before 2020, yet inflation only began accelerating in March 2021. Clearly, inflation was driven by many sources besides tariffs. [Emphasis added] 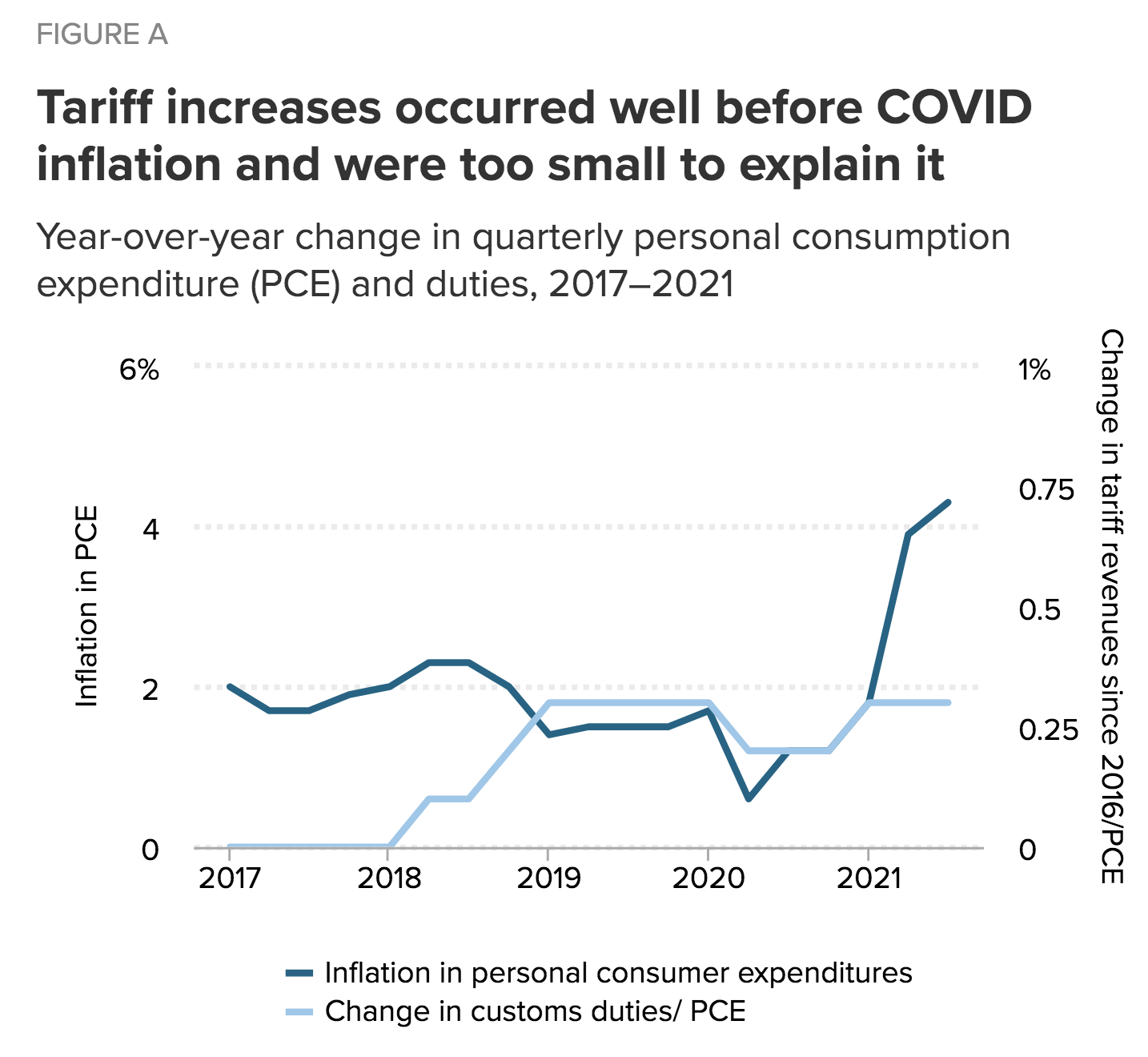 Already, the Biden administration has eliminated U.S. tariffs on more than 350 China-made products — a major win for multinational corporations that have long outsourced manufacturing to China.