Far-left Rep. Rashida Tlaib (D-MI) on Friday told activists that she would see them “in the streets” in response to the Supreme Court’s 5-4 ruling overturning Roe v. Wade.

“Abortions are still legal in Michigan. We must fight for every person to control their bodies. We won’t stop fighting. I will see you in the streets,” Tlaib said on Friday, rallying activists preparing for a night of protests.

Abortions are still legal in Michigan. We must fight for every person to control their bodies. We won't stop fighting. I will see you in the streets.

BREAKING: Congresswoman @AOC has arrived in front of the Supreme Court and is chanting that the Supreme Court’s decision to overturn Roe v Wade is “illegitimate” and calls for people to get “into the streets” | @TPUSA pic.twitter.com/jNkCYDrLtz

According to reports, the Department of Homeland Security has warned Catholic churches and pro-life centers that pro-abortion activists are “calling for extreme violence” in what it described as a “Night of Rage,” per Newsweek:

Labeled an “urgent memo,” the document is from the Diocese of Stockton, California, and is directed to all clergy, as well as parish and pastoral staff. The memo states that Jesse Rangel, a DHS agent, told the diocese that federal law enforcement has discovered a manifesto from an “extremist group” calling for attacks on churches beginning at 8 p.m. the evening the court issues its opinion.

Specifically, the memo urges churches to “have ushers and or security available during your services and perhaps identify who among your volunteers and parishioners are law enforcement.”

“Suspicious activity would include someone asking out of place questions (Largest Mass times? Doors always open? Do you have security?), looking around church property, protestors, and general disturbances,” it added.

The warning follows the Court’s 5-4 decision to overturn Roe v. Wade, sending the decision on abortion back to the states. Three of the five justices who successfully overturned Roe were appointed by former President Donald Trump: Justices Neil Gorsuch, Brett Kavanaugh, and Amy Coney Barrett. 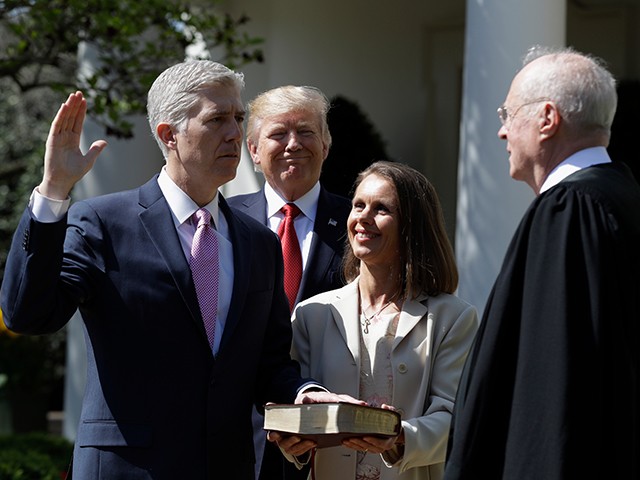