An independent school district in a suburb of Dallas, Texas, has drawn an angry response from parents disputing an updated dress code that includes student bans on dresses, sleeveless tops, and denim.

The rules baning students from wearing a host of clothing items while limiting dresses and skirts to a select number of elementary students is now irking parents and students alike, the Independent reports.

According to Forney, the dress code – which numbers “hoodies” and other so-called fashionable clothes on the banned list – would ensure “socio-economic differences among students” were lessened.

The ISD also claimed student self-esteem would be improve as the dress code would “promote positive behaviour, thereby enhancing school safety and improving the learning environment.”

To that end a video has been released outlining just what the code involves – and why. See below:

On Monday, some parents – including the mayor of Forney, James Traylor – were having none of it.

They told school board members and attendees any code excluding skirts and dresses unfairly impacted girls.

“I think it’s putting a huge limit on kids and children in this district to express themselves,” said parent Christian Reed reportedly during the meeting, citing the increased cost of sourcing a new wardrobe for low-income families.

”You know, we have to buy a set of clothes for school and then a set for everyday life. Most school districts aren’t doing this.”

The Daily Mail reports Brooklynn Hollaman, a 10th grade student, addressed the meeting wearing a smart dress – which she and other students above the fourth grade would not be allowed to wear when the new term begins.

She has begun a petition, which now has more than 5,000 signatories, outlining her disgust to the members of the meeting.

“I don’t agree with it,” Hollaman said. “Hopefully, they’ll change their mind, a lot of people are on my side right now. I think the dress code is unfair, and I’m wearing this dress tonight to contradict what the district is stating.” 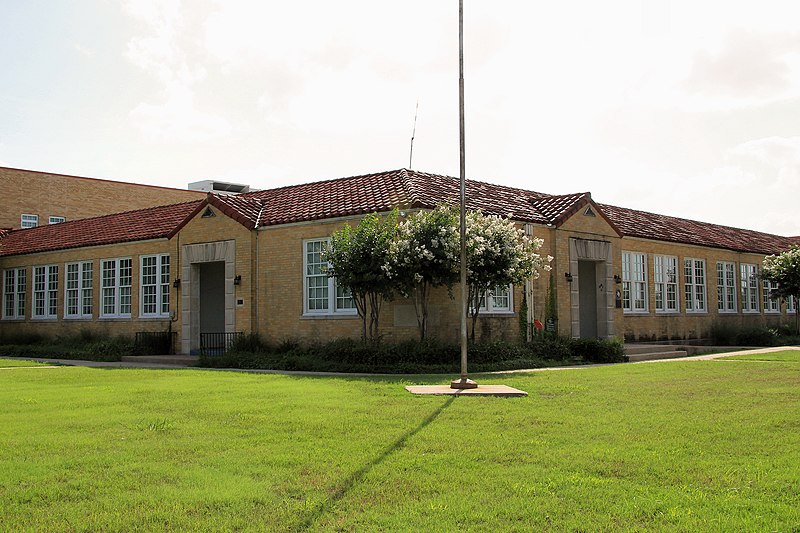 The district can make an exception for specific clothing if a parent petitions for it.

Another father, Christian Reed, told WFAA he felt it was limiting self-expression and creativity.

“I think it’s putting a huge limit on kids and children in this district to express themselves,” Reed said. “You know, we have to buy a set of clothes for school and then a set for everyday life. Most school districts aren’t doing this.”

In a statement to WFAA, a spokesperson for Forney ISD said: “The use of a school dress code is established to improve student self-esteem, bridge socio-economic differences among students, and promote positive behavior, thereby enhancing school safety and improving the learning environment.”