Colorado’s Republican nominee for governor, businesswoman Heidi Ganahl, is calling out her opponent, Gov. Jared Polis (D-CO), for his “refusal to debate in rural Colorado.”

On Monday, Ganahl, who serves on the Colorado University Board of Regents, sent out a press release challenging Polis to three debates, with one being at Colorado Mesa University in Grand Junction in a rural western part of the state, which Club 20 is set to host on September 10. Another debate on Ganahl’s list is in the Denver metro area, which the Colorado Sun and CBS4 will host sometime in October, though an official date has not been set, and the third is in Colorado Springs, slated to be hosted by KKTV and the Gazette.

Colorado Politics reported that, minutes later, Polis’s campaign announced three debates he would attend. Only one aligned with Ganahl’s proposal, which was the debate in the Denver metro area. The other two debates the governor said he would participate in are in the Denver metro area as well, according to Colorado Politics, and he blamed a scheduling conflict for not being able to participate in the Club 20 debate this year. He did not divulge specifics.

Ganahl then took to Twitter to call out Polis for dodging debates outside of Denver.

.@JaredPolis’ refusal to debate in rural Colorado & COS makes his priorities clear. I will be a gov for ALL Coloradans. Actions speak louder than photo ops. Voters deserve real conversations on issues. I look forward to Polis leaving Denver for the 3 debates I challenged him to. pic.twitter.com/Jlyr6Dkkqg

“@JaredPolis’ refusal to debate in rural Colorado & COS makes his priorities clear,” she wrote. “I will be a gov for ALL Coloradans. Actions speak louder than photo ops. Voters deserve real conversations on issues.”

In 2018, Polis did not participate in the Club 20 debate, making him “the first major party gubernatorial nominee to skip the… debate,” which “has long been considered the informal kick-off to Colorado’s general election campaign season,” as Ernest Luning with Colorado Politics wrote.

Executive Director of Club 20 Christian Reece told the outlet that she hopes Polis will change course:

We’re still hoping to work with their campaign to try to make that date work. The reason we hold our debates so early in the season is to provide a nonpartisan platform for constituents of the region to hear the candidates’ stands on the critical issues of our area, which include water, public lands, agriculture, our forests, outdoor recreation — all of the economic drivers of our state.

In her initial release, Ganahl highlighted “the key failures of the Polis administration and why Jared Polis may attempt to avoid debating.”

Ganahl shared a number of articles that reflect Polis’s shortcomings as governor, including how his “policies have fueled our high gas prices and crippled” Colorado’s “oil and gas industry,” as her release said. Ganahl — who founded Camp Bow Wow, “the largest pet care franchise in the world” — linked to a Greeley Tribune article in which Weld County Commissioner Scott James cited the 2019 Senate Bill 19-181 that Polis signed into law. James stated that it resulted in “a 30 percent reduction in energy production.”

“The Colorado Oil and Gas Conservation Commission approved 440 permits in 2018, with 293 of those being held in Weld County,” the Tribune noted. “In 2021, three years into Gov. Jared Polis’ term, permits declined to five across Colorado and to three in Weld County, James said.” 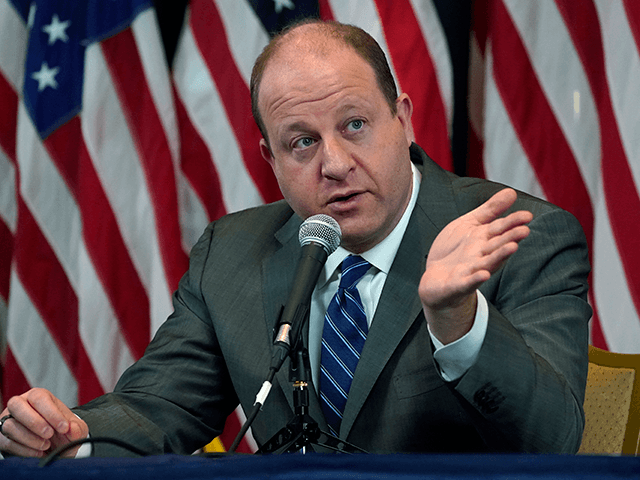 “Now, more than ever before, the voters of Colorado deserve to hear where the potential leaders of their state stand on the issues that really affect them,” Ganahl said in the press release. “This race will decide Colorado’s path forward, and voters have a real choice.”

She added that “Polis must answer for the many failures of his administration, including our soaring crime rate, unaffordable cost of living, out-of-control gas prices, and an education system that is failing our children.”