Though Democrats claim it is undemocratic for President Donald Trump to claim the 2020 election results were faulty, Democrats themselves for decades have not accepted the results of elections they have lost.

Biden and Democrats have a long history of contesting election outcomes, including Hillary Clinton and Reps. Barbara Lee (D-CA), Maxine Waters (D-CA), and Sheila Jackson Lee (D-TX), who have all cast doubt on every single Republican presidential victory in the last two decades. In fact, every single Democrat president since 1977 has questioned the legitimacy of U.S. elections, according to the RNC. Biden cast doubt on the legitimacy of the upcoming 2022 midterms this year.

“This man [Gore] was elected president of the United States of America,” Biden claimed in 2013, according to a pool report.

Democrats have not just denied election results. They have labeled them as “stolen,” “fraudulent,” and a “coup d’etat.” In 2002, Gore claimed he “would have won” if every vote in Florida was counted and that he “absolutely” believed he would become president after the ordered recount. In 2016, Hillary Clinton said that the Supreme Court “took away a presidency” in Bush v. Gore. 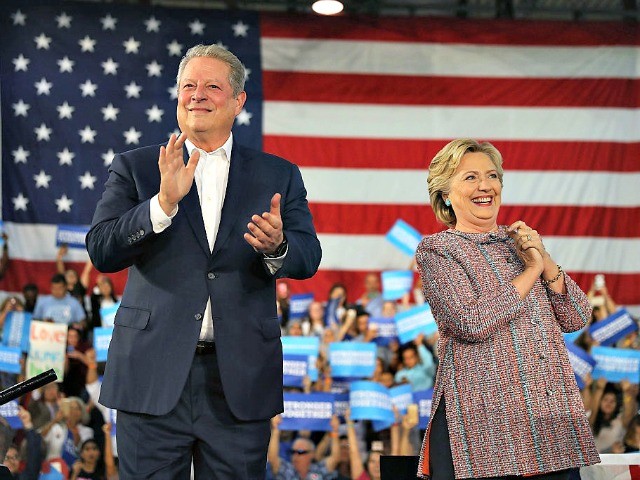 Democrats repeatedly cast doubt on the legitimacy of the 2004 election. In 2006, then-DNC Chairman Howard Dean stated that he was “not confident that the election in Ohio was fairly decided” in 2004. Rep. Nancy Pelosi (D-CA) said it is “appropriate” to have the debate concerning the 2004 election and claimed that there were “legitimate concerns” regarding the “integrity” of U.S. elections. Then-Rep. Bernie Sanders (I-VT) cast doubt on the security of electronic voting machines in the 2004 election, saying he was “worried” that some machines do not have a paper trail. 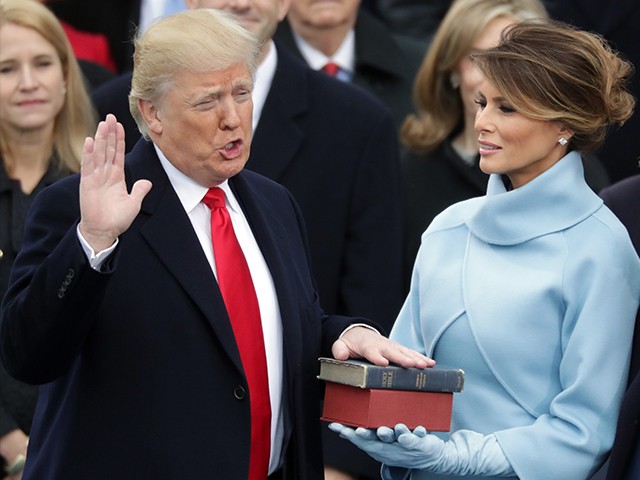 United States President Donald Trump takes the oath of office as his wife Melania Trump holds the Bible on the West Front of the U.S. Capitol on January 20, 2017, in Washington, DC. In today’s inauguration ceremony Donald J. Trump becomes the 45th president of the United States. (Chip Somodevilla/Getty Images)

In September 2017, Hillary Clinton said she would not “rule out” questioning the legitimacy of the 2016 election. In October 2020, Clinton claimed that the 2016 presidential election was not conducted legitimately, saying, “We still don’t really know what happened.”

“No, there was a widespread understanding that this election [in 2016] was not on the level. We still don’t know what really happened. I mean, there’s just a lot that I think will be revealed, history will discover,” Hillary told the Atlantic. “But you don’t win by 3 million votes and have all this other shenanigans and stuff going on and not come away with an idea like, ‘Whoa, something’s not right here.’ That was a deep sense of unease.”