According to the survey, Lake leads with 39 percent support, followed by Robson with 35.3 percent.

Nearly one in five, 19.2 percent, said they remain undecided.

This reflects a massive jump for Robson from the HighGround’s April poll, where Lake led with 30.3 percent of the vote and Robson trailed with 9.5 percent support. 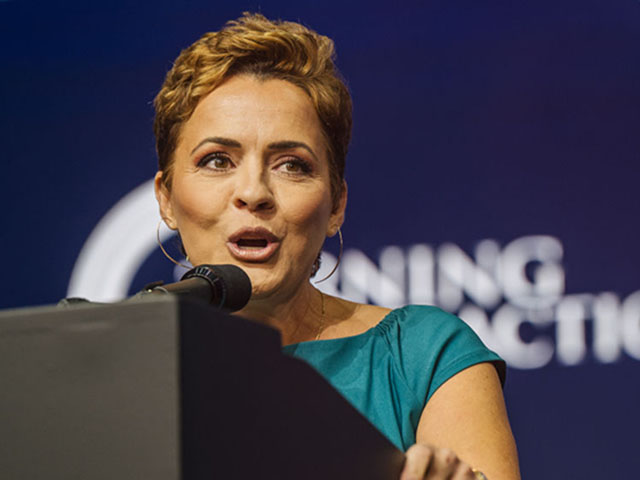 “Momentum appears to be building for Karrin Taylor Robson as early ballots drop,” Chuck Coughlin, President and CEO of HighGround said in a statement, although he noted that Lake has held a “fairly steady number” over the past few months:

She has stayed true to the narrow constituency that made her a front-runner in the first place.  Robson, on the other hand, appears to be picking up the bulk of the Salmon supporters, undecided, and unaffiliated voters are trending her way.  There’s a path to victory here, but it’s likely to be close.

During a recent interview on Breitbart News Saturday, Lake asserted her challenger, who outraised Lake $6.4 million to $2.4 million, is “‘trying to buy this election’ with her husband’s money,” as Breitbart News detailed, noting that “more than half of Robson’s money has “come from self-funded loans.”

“And I say that because she doesn’t have good ideas. She’s a complete— all of her talking points are written by her high-priced McCain consultants. … Her border policy is just a bunch of made-up gobbly gook that they made up, and there’s no teeth to it. If you like what’s happening on our border under our current governor, Doug Ducey, then you’ll probably like her border policy. It’s open borders, let them all in, who cares about the people in Arizona. And they don’t want this all to end,” Lake said.

“They want to have complete control on the money in Arizona, on the resources in Arizona.”