There was also five percent who said they would vote for someone else, two percent would not vote, and nine percent were unsure. The 17 percent lead Reynolds has, is way outside the four percent margin or error the poll had with the 597 likely Iowa voters between July 10 and 13. 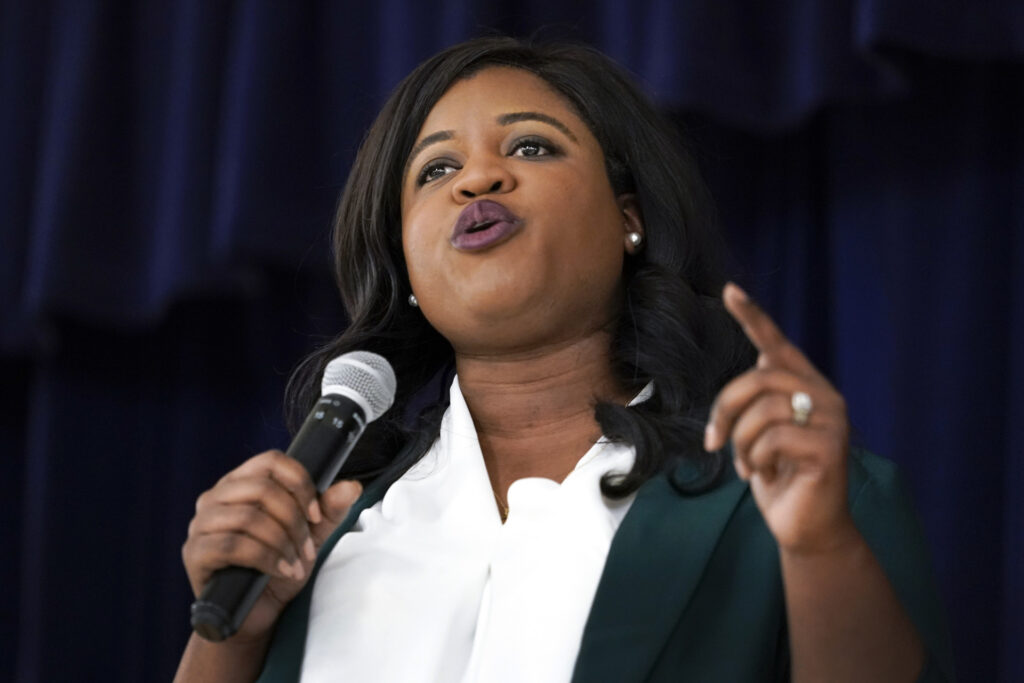 Most adults in Iowa said they have a favorable view of Reynolds. A majority (52 percent) of the 811 Iowa adult respondents, with a margin of error of 3.4 percent, said they approved of her being governor, compared to the 44 percent who disapproved of her.

In response to Reynolds’ lead, the Republican Party of Iowa said they were grateful for her to be governor.

Iowans are grateful to live in a state where Governor Kim Reynolds respects their freedoms and liberties. While leading with her conservative principles, Gov. Reynolds has kept Iowa moving in the right direction – expanding freedom, cutting taxes, and pushing back against the Biden Administration. Gov. Reynolds is fighting for Iowans, while Joe Biden continues to blame and blunder.

The Register mentioned that the recent poll is the only poll since the governor officially announced her reelection bid on March 9. During the outlets poll from February 28 to March 2 — right before she announced her reelection — a majority (51 percent) said they would reelect her, and 43 percent said DeJear. However, in that poll, there was no option to pick Stewart or  “someone else.”