The homeless population in Sacramento County has now surpassed San Francisco’s, a 67 percent increase since 2019.

The homeless population was recorded at 9,278 individuals per night in 2022 compared to 5,570 in 2019, according to Sacramento Steps Forward, which conducted the report.

In comparison, San Francisco’s current homeless population is at 7,754 per night, which is a 3.5 percent drop from 8,035 in 2019, the San Francisco Chronicle reported in May.

The Sacramento Bee did note that 1.2 million live in Sacramento County while 815,000 people live in San Francisco, meaning that the Golden Gate city’s homeless population is larger per capita. San Francisco is considered both a city and a county. 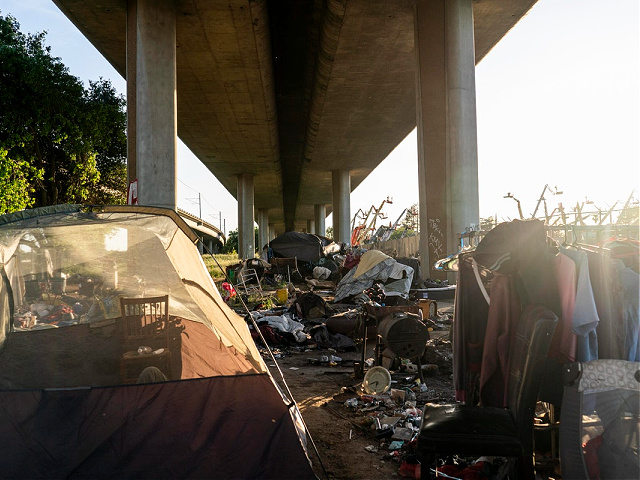 The report noted that an increase in the homeless population parallels “a state-wide trend” that homelessness has been on the rise in most California communities since 2015.

Other notable findings from the report include that “[o]f the 6,664 unsheltered people, 75% were in the city of Sacramento, and 20% were in the unincorporated county,” the Bee noted. Very few people were documented within the suburban areas.

Also, a majority of individuals (92 percent) were documented longtime residents within the county, while only five percent had moved in within the past six months.

The results were recorded by 500 canvassers during the nights of February 23 and 24 in two different regions to avoid double counting. There were over 900 canvassers in 2019, the last time a homeless point-in-time count was conducted.

As the homeless population rises in the capital city and county, violent crime in the city has also risen in every category, besides murder, from April last year to April 2022. Rape was disturbingly documented as up by 92 percent from last year. Robberies also went up by 42 percent.