Assistant Special Agent in Charge Timothy Thibault, whom Sen. Chuck Grassley (R-IA) previously identified in a letter to the FBI about Hunter Biden, is also one of the unidentified agents implicated in an unrelated letter Jordan wrote to the FBI on Wednesday, Jordan confirmed to Breitbart News.

The Ohio Republican said his initial reaction upon learning about the connection was, “Wow, this is how serious it is.”

“I think the real takeaway for all of us is, just further confirming that the Justice Department is so darn political, which is frightening,” Jordan said, noting he plans to further pursue the matter.

Jordan had sent a letter to FBI Director Christopher Wray on Wednesday revealing that whistleblowers informed his office that “FBI officials are pressuring agents to reclassify cases as ‘domestic violent extremism’ even if the cases do not meet the criteria for such a classification.”

He noted in the letter that the whistleblower information is “scandalous” considering the Biden administration’s push to frame domestic violent extremism as America’s “greatest threat.”

Later Wednesday, after the letter was sent to Wray, a whistleblower informed Jordan that Thibault was the unnamed agent, Jordan told Breitbart News.

The revelation comes after Sen. Chuck Grassley (R-IA), who serves as Jordan’s Judiciary counterpart in the Senate, sent his own letter to both the FBI and Justice Department (DOJ) on July 26 demanding documentation related to the FBI’s handling of information about President Joe Biden’s embattled son Hunter. 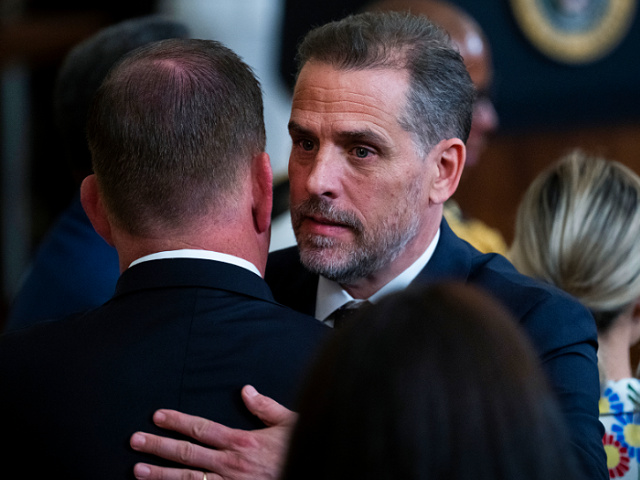 Grassley said whistleblowers alleged that in August 2020, an FBI assessment was used by an FBI Headquarters team “to improperly discredit negative Hunter Biden information as disinformation and caused investigative activity to cease.”

Grassley wrote, “Based on allegations, verified and verifiable derogatory information on Hunter Biden was falsely labeled as disinformation.”

Then Grassley detailed one instance in which “an avenue of additional derogatory Hunter Biden reporting was ordered closed,” specifically by Thibault, in October 2020.

While this line of investigation could normally have been picked up later, Thibault and other agents also “subsequently attempted to improperly mark the matter in FBI systems so that it could not be opened in the future,” Grassley wrote of the whistleblowers’ allegations.

The letter about Hunter Biden was not Grassley’s first mention of Thibault’s name. Grassley first pressed the FBI and DOJ on Thibault in a letter on May 31, expressing concern about the political bias Thibault displayed on his social media while serving “in a highly sensitive role that includes threshold decision-making” about FBI corruption investigations.

In a separate letter, dated July 18, Grassley noted that whistleblowers said Thibault was “deeply involved in the decisions to open and pursue” investigating objections to the 2020 election, despite the fact that, per whistleblowers, Thibault has a track record of being unsupportive of the FBI following “normal investigative procedures” for election-related crime allegations.

Grassley said during an interview on Fox News on Tuesday that Wray had informed him that Thibault has been removed from the “decision-making” about which investigations the FBI should pursue.