Iowa Democrat Senate hopeful Mike Franken has taken money to help fund his campaign from multiple PACs that take in corporate contributions despite having a self-imposed pledge not to take in “one dime of corporate PAC money.”

Franken, who’s running against longtime Republican incumbent Sen. Chuck Grassley, said he would raise money “without taking one dime of corporate PAC money” in May and in June stated, “I don’t take any corporate PAC money. Not a penny.”

However, the Washington Free Beacon recently reported that Franken took $5,000 from Sen. Tim Kaine’s (D-VA) Common Ground PAC — which accepted money from corporations such as Pfizer, Capital One, and Amazon.

The Beacon noted that Franken also took money from Midwest Values PAC, which belongs to former Democrat Sen. Al Franken. He resigned in 2018 after being accused of sexual harassment. Since leaving, he claimed to be thinking of running again, as his PAC raised hundreds of thousands of dollars in the meantime.

The closer look into the Democrat’s campaign contributions came after he claimed Grassley was full of “corporate greed” and under obligation to vote a certain way for “his corporate donors.” 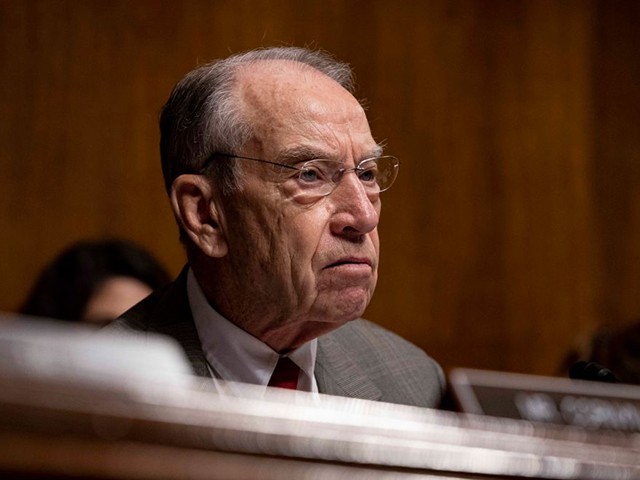 Franken received $1.7 million in campaign contributions in the last fundraising quarter and outraised the incumbent, but Grassley still holds more cash in hand. Grassley also won his previous election in 2016 by roughly 25 points.

A spokesperson for Franken told the Beacon that he “has never taken a dime from corporate PACs.” but did not comment on the other corporate donations.

On the other hand, Matt Dailer, Grassley’s campaign manager, said that the Democrat should either return the donations or just “admit his pledge was nothing more than a hollow stunt.”

“Mike Franken hasn’t even been elected to office and he’s already breaking his word to Iowans,” Dailer added. “He can make up any excuse he wants, but Iowans see through his dishonest word games.”