According to an exclusive report from the New York Post, more than 100 recently arrived border crossers and illegal aliens living in New York City’s homeless shelter system are traveling to Florida on vans in the hopes of earning $15 an hour to help with Hurricane Ian clean-up work.

The migrants had scant information about whom they would be working for, but they still piled into vans in Queens that they said were headed to the Sunshine State over the weekend. [Emphasis added]

“They want us for hurricane cleanup, we’d get paid $15 an hour, overtime and $15 for food daily, I think,” said Javier Moreno, 37, noting that a woman named Camila “from an organization” approached him with a flier. [Emphasis added]

“I’m going for the work. It’s been hard for us migrants to find work here in New York, that’s why a lot of us are going. How’s the work in Florida?” [Emphasis added] 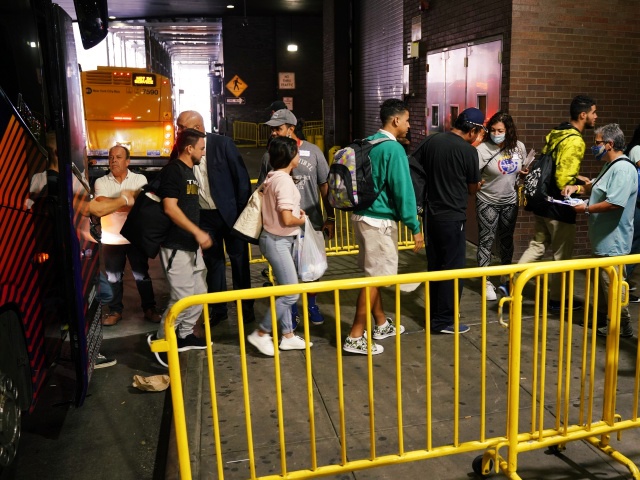 The recruiters enticing the border crossers and illegal aliens to Florida are reportedly working with a “water and debris company,” according to the Post.

Most recently, though, President Joe Biden loosened that rule so border crossers and illegal aliens only have to wait about 150 days before applying for work permits.

As was the case following Hurricane Katrina, disaster relief efforts attract huge flows of illegal immigration to any one region.

When 1.5 million Americans were displaced after Hurricane Katrina, then-President George W. Bush eased labor laws that brought tens of thousands of illegal aliens to the Gulf Coast to swoop in and take paid clean-up jobs that would otherwise have gone to devastated Americans.