On an otherwise disastrous night for Republicans, who were the biggest winners?

Which Republicans most underperformed?

The first horror of a long Tuesday night came soon after the polls closed in Pennsylvania, with the GOP gubernatorial nominee, Mastriano, getting clobbered. Some of the tipoffs that Mastriano might not have been the strongest candidate for the GOP were:

— A week before the primary, he spoke at a QAnon rally, featuring a film claiming 9/11 was an inside job and that John F. Kennedy Jr. was assassinated because he “knew too much.”

— He called abortion the “No. 1 issue” and promised to ban all abortions with no exceptions even for rape, incest or the life of the mother. He also said women who violated the ban should be charged with murder.

— He vowed to de-register all Pennsylvania voters and make them re-register to vote and said that, as governor, he would choose who was allowed to certify elections.

Naturally, Trump endorsed him. After all, Mastriano had slavishly supported the ex-president’s stolen election claims — convening slates of fake electors and even showing up at the Capitol on Jan. 6. That’s just the ticket for a purple state, no?

On Tuesday night, Mastriano lost 42 percent to 55 percent. That can’t have helped Dr. Mehmet Oz, the Republican running for Senate, who was still hanging on the next day, conceding with 47 percent of the vote to John Fetterman’s 50 percent. 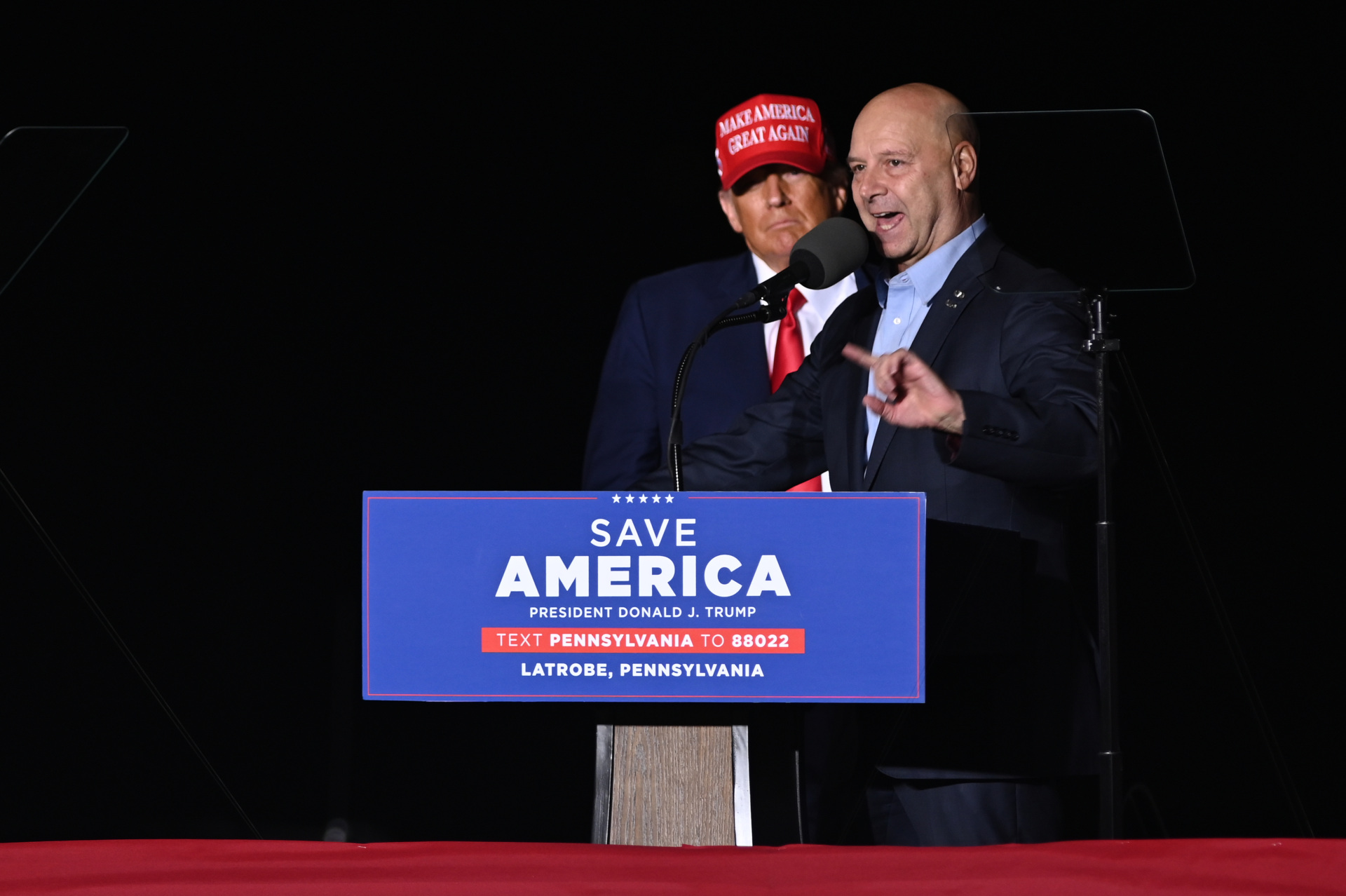 In Georgia, we got both types of Trump’s electoral wizardry: the bad and the horrendously bad. First, after narrowly losing the state in 2020, he went on a jihad against the Republican governor, Brian Kemp, and secretary of state, Brad Raffensperger.

Still enraged with Kemp, he recruited and funded a primary opponent to the popular governor. Luckily, Trump’s designated candidate, former Sen. David Perdue, was available, having lost his own reelection to the Senate entirely because of Trump.

In case you’ve forgotten, Trump held rallies in Georgia leading up to the runoff between Perdue and Raphael Warnock, denouncing the popular Republican governor and telling people not to bother voting because the system was rigged. Warnock won and Perdue was unemployed, so Trump got him to run against Kemp.

Trump so hated Kemp that he finally dipped into his $100 million political PAC to fund something other than his own businesses and rallies, giving a half-million dollars to Perdue.

Raffensperger — the Georgia secretary of state who Trump bullied because he refused to scare up 11,780 more Trump votes in 2020 and who he accused of committing “a criminal offense” — won his primary by nearly 20 points.

I think Georgia voters were trying to send a message: Please just give us a normal Republican.

Having already caused the loss of two Senate seats in Georgia, Trump’s second great idea was to hand-pick a candidate for the Senate based on stupid, narcissistic reasons having nothing to do with strategy or the state, but just because he knows the guy.

In March 2021, he put out a statement: “Wouldn’t it be fantastic if the legendary Herschel Walker ran for the United States Senate in Georgia? He would be unstoppable, just like he was when he played for the Georgia Bulldogs, and in the NFL. He is also a GREAT person. Run Herschel, run!”

It’s not as if running for the Senate had been Walker’s lifelong dream. It was Trump who decided he would be the nominee simply because he’d played for Trump’s (now-defunct) United States Football League and had appeared as a contestant on “Celebrity Apprentice.”

This is how Trump picks candidates.

Still, the race should have been a cakewalk. On Tuesday night, Kemp and Raffensperger each won their elections by about 8 points. It’s reasonable to conclude that any other Republican would have beaten Warnock by the same healthy margin. Same state, same election, same political party.

Instead, the Georgia Senate race ended up being the most expensive in the country — money that Republicans really could have used in other races. Walker, as of this writing, appears to be headed for a runoff. Trump is on track to screw that one up too, by announcing that he’s running for president, so he can make it all about himself again.

That’s exactly what he did at his campaign rallies this week, showing up where he wasn’t wanted and doing the same old schtick about the Russia investigation, his “perfect” call to Zelensky, “Shifty Schiff” (Rep. Adam Schiff) and what an awesome president he was — including what a badass he’d be on crime. (Trump during the first debate with Biden: “You called them ‘super-predators.’ African Americans are super-predators … I’m letting people out of jail now!”)

If Walker loses, let the record show that this will be the third consecutive Georgia Senate seat Trump has lost for Republicans.