Some Democrats have publicly expressed that President Joe Biden is simply too old to potentially launch a 2024 reelection bid in the coming months.

Biden, who turned 80 years old on November 20th, is the oldest president in U.S. history, achieving that mark when he was inaugurated at age 78 in 2021. Democrats are worried his record old age in office may be a limiting factor if he decides to run again for reelection.

“I think it’s a legitimate thing to be concerned about anyone’s age, including mine,” Biden admitted in October to MSNBC. “But I think the best way to make the judgment is to watch me.”

It appears some Democrats have observed the president and have determined he is too old. “If he were 60 and not 80, there would be absolutely no doubt,” David Axelrod, former President Barack Obama’s chief strategist, told the New York Times in an article published Monday.

Shelia Huggins, a member of the Democrat National Committee from North Carolina, told the Times she also has fears Biden is just too old to be the Democrat nominee. “I just still have some concerns about him running again. Part of it does have to do with his age,” she said. 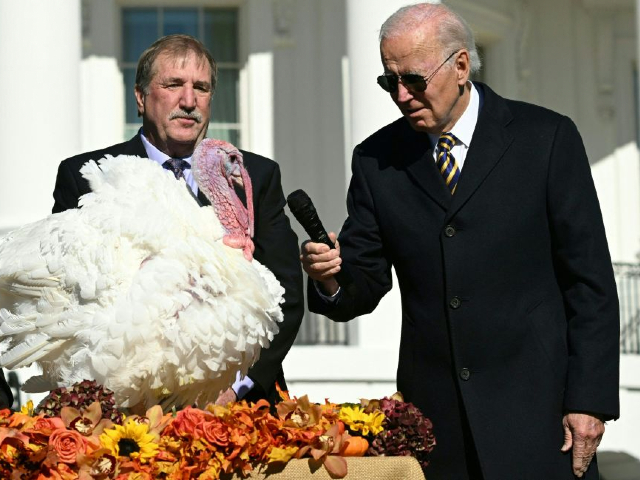 Tyler Jones, a Democrat strategist in South Carolina, also has reservations about Biden’s age. “Most people in this country don’t know many 80-year-olds that can run the entire country,” he said. “That’s not to say that they don’t exist, and it’s not to say that he can’t do it, but it is a very rare thing. And so the burden, unlike most presidents, the burden is on Biden to show the country that he can not just win in ’24, but lead for the next four years.”

The Democrats’ fears about Biden’s age comes as October polling revealed that 64 percent of Americans are “very concerned” or “somewhat concerned” about Biden’s mental acuity, up from 59 percent in August.

Any worry about Biden’s mental and physical fitness appears to not trouble White House spokesman Andrew Bates, who deflected about the president’s age when the Times asked him about Biden’s ability to lead the nation. Bates said Biden has had the “most successful legislative record of any president since Lyndon Johnson” and cited the 2022 midterm elections as proof of Biden’s 2024 political viability.

“The same coalition President Biden built to expand the map for Democrats in 2020 powered our historic midterm wins, including unprecedented youth turnout,” said Bates. “The president galvanized independent voters with a message widely adopted across the party, highlighting the differences between his values and ultra-MAGA Republicans’ agenda.”

Biden has not yet officially launched a 2024 presidential bid, but he is expected to in the coming months. Upon speculation Biden will announce, some top Democrat potential contenders have appeared to yield to Biden. On Saturday, Politico reported that California Gov. Gavin Newsom (D) decided not to run.

If Biden does not launch another presidential bid, many Democrats are sure to enter the primary. Those candidates could include Vice President Kamala Harris, Transportation Secretary Pete Buttigieg, and Sens. Elizabeth Warren (D-MA), and Bernie Sanders (I-VT).