Walker, who is competing in a tight Senate runoff battle against Sen. Raphael Warnock (D-GA), warned in a statement first provided to Breitbart News that Warnock would vote to support “his mentor” Abrams should the opportunity arise.

“The last thing Georgia needs is a promotion for Stacey Abrams. If Raphael Warnock wins he’ll keep voting against the people of Georgia in support of his mentor Stacey Abrams,” Walker said. 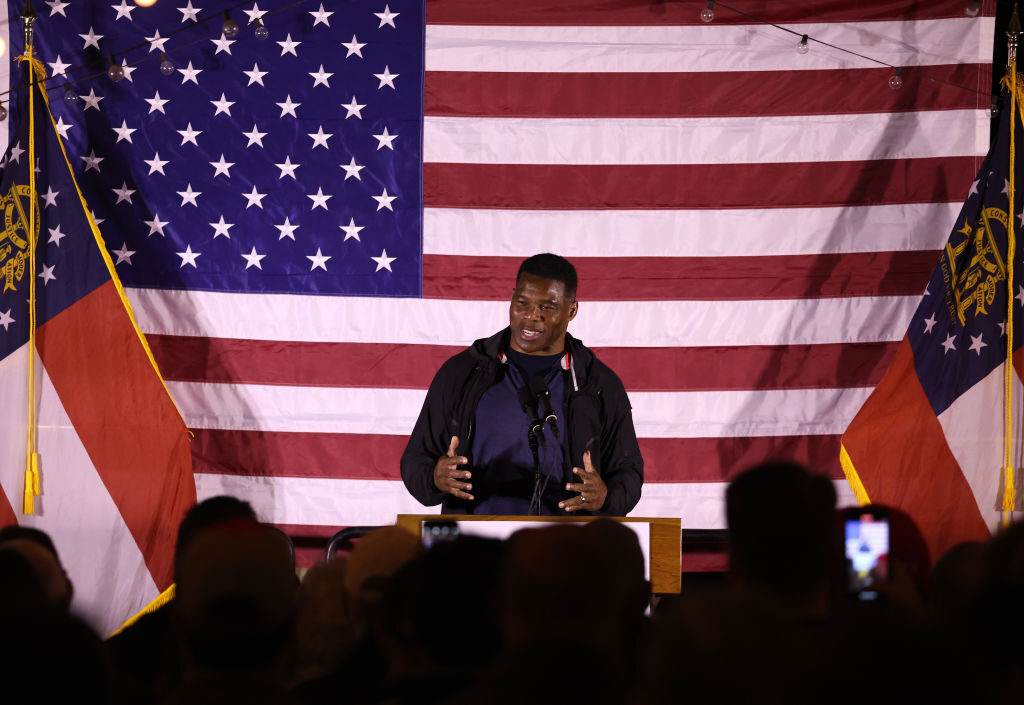 Warnock, who is narrowly leading Walker in polls ahead of the December 6 race, is, at present, a member of the Senate Commerce Committee, which vets FCC commissioner nominees before they move to a full floor vote.

Walker said the “people of Georgia deserve better than the reckless policies of Warnock and Abrams” and vowed he would “stop Stacey from coming to Washington” if elected to the Senate.

Walker’s comments come after Communications Daily reported Thursday that lobbyists said Abrams was “lobbying the White House to be Biden’s next FCC pick.”

The FCC has been deadlocked for more than a year with two Republican-aligned and two Democrat-aligned commissioners and one open seat. President Joe Biden’s far-left nominee Gigi Sohn has not had enough Democrat votes in the Senate for her nomination to be confirmed, and, according to Communications Daily, “names of new potential candidates to supplant Sohn are circulating.”

S&P Global Market Intelligence also reinforced that Abrams was a potential candidate for the position; however, a spokesman for Abrams responded to the buzz in Fox Business by saying the Georgia Democrat has “not applied for” or “sought out” the role.

The wording in Abrams’ statement does not fully discredit the speculation as Biden could nominate an individual without that person having “applied for” or “sought out” the job.

While Abrams has long been floated as a potential contender for the White House, talk of her hypothetical entrance into Washington occurring through the FCC comes as a surprise to some.

“Even if Abrams were to be nominated by the Biden administration, she may face an uphill battle, as most FCC commissioner nominees have strong telecommunications experience,” Breitbart News’s Sean Moran explained.

Georgia Gov. Brian Kemp (R), who handily defeated Abrams in this year’s gubernatorial race, has been advocating for Walker in the runoff and told Breitbart News that voting for Walker was an “abundantly clear” choice for those who want to keep Abrams out of power.

“Not only will Herschel Walker vote with hardworking Georgians instead of Joe Biden, he can also be on the front line in making sure Stacey Abrams is nowhere near making decisions for the federal government that will impact the lives of Americans across the country,” Kemp said. “The choice in this Senate race is abundantly clear!”