President Joe Biden is projected to spike the number of legal immigrants securing naturalized American citizenship, allowing them to vote in future United States elections, by more than 900,000 this year.

Federal data analyzed by Pew Research Center finds that the U.S. will likely see about 940,000 legal immigrants secure naturalized American citizenship by the end of the year in part due to the Biden administration’s push to massively boost naturalizations.

Gaining naturalized American citizenship is an immense privilege as immigrants gain the right to vote and can go on to sponsor an unlimited number of foreign relatives for green cards through the process known as “chain migration.”

The massive uptick indicates that the foreign-born voting population in the U.S. now stands at about 24.5 million — the largest in American history — or about 10 percent of the total eligible voting population. Compare that to less than three decades ago when the naturalized American citizen population was just 7.6 million. 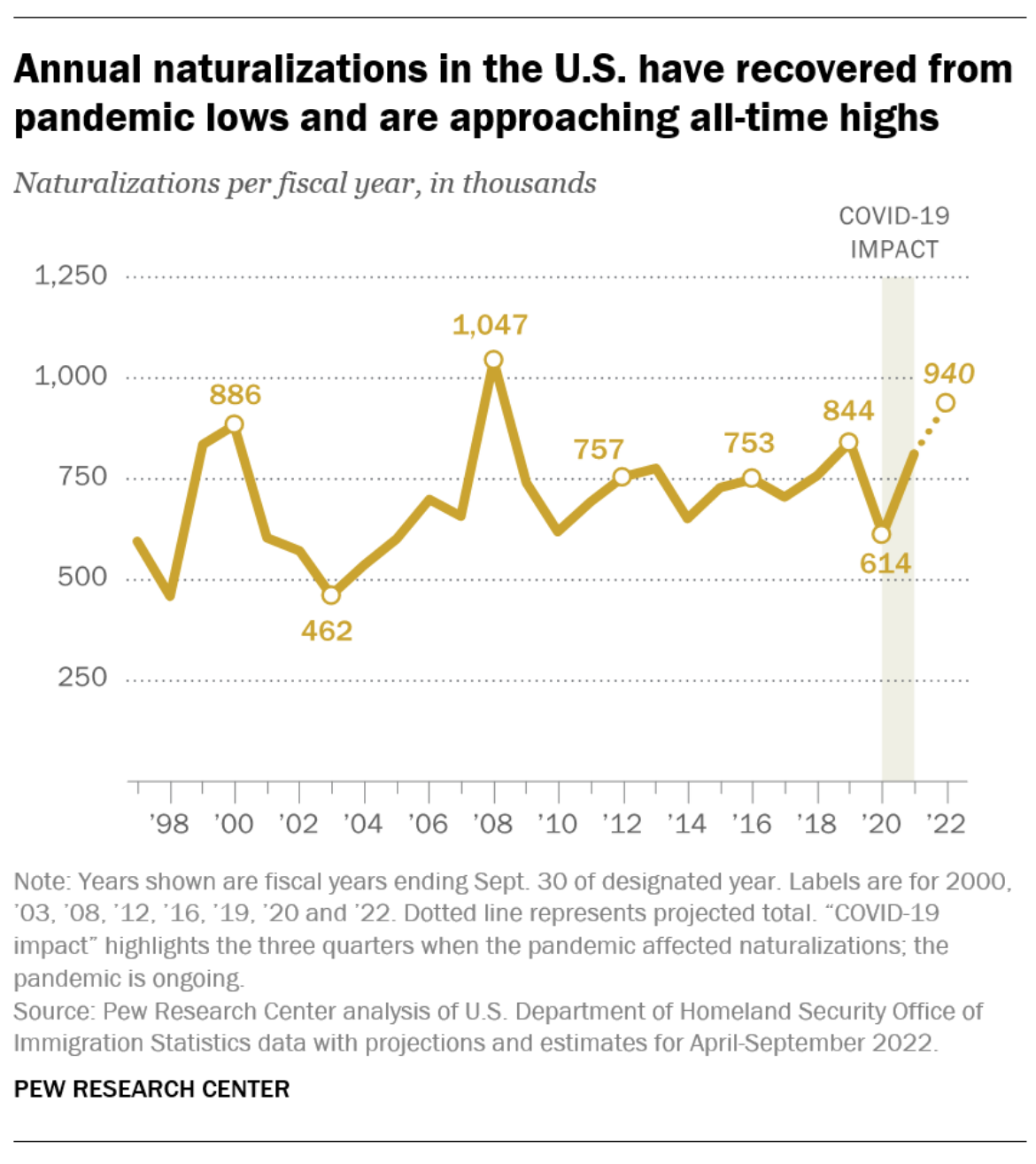 The 2022 numbers come as Biden has consistently spiked naturalizations as president.

The annual number of naturalizations is significant because it represents permanent changes to the American electorate.

For instance, data compiled by the American Immigration Council shows that the nation’s ongoing legal immigration levels coupled with Biden’s increased naturalization rates have helped boost the foreign-born voting population in 75 percent of swing states since 2016.

In states like Arizona, Florida, Georgia, Michigan, North Carolina, Pennsylvania, Texas, and Wisconsin, for example, the share of foreign-born voters in each electorate far exceeds the margin of victory in the 2020 election.

While more than a million foreign nationals are awarded green cards each year, on top of another million who are given temporary work visas, Americans continue to tell pollsters that they want to see large cuts to legal immigration levels.

The latest Rasmussen Reports/NumbersUSA survey finds that a majority of 2022 midterm election voters, 53 percent, want legal immigration levels cut down to fewer than 500,000 admissions a year — including a plurality of 37 percent who want fewer than 250,000 annual admissions.