About one-in-ten eligible voters in the United States will have been born outside of the country by the 2020 election cycle, new research finds – just as President Trump has called for more legal immigration.

A study conducted by Pew Research Center of what the 2020 U.S. electorate will look like finds that about ten percent of eligible voters will be foreign-born, driven entirely by the country’s mass legal immigration system that admits more than 1.2 million legal immigrants a year, and accounting for the highest level of foreign-born voters in the electorate since 1970.

This concludes that in 2020, when Trump gears up for re-election against a Democrat challenger, there will be as many Generation Z voters — those born after 19996 — as there are voters who are foreign-born. 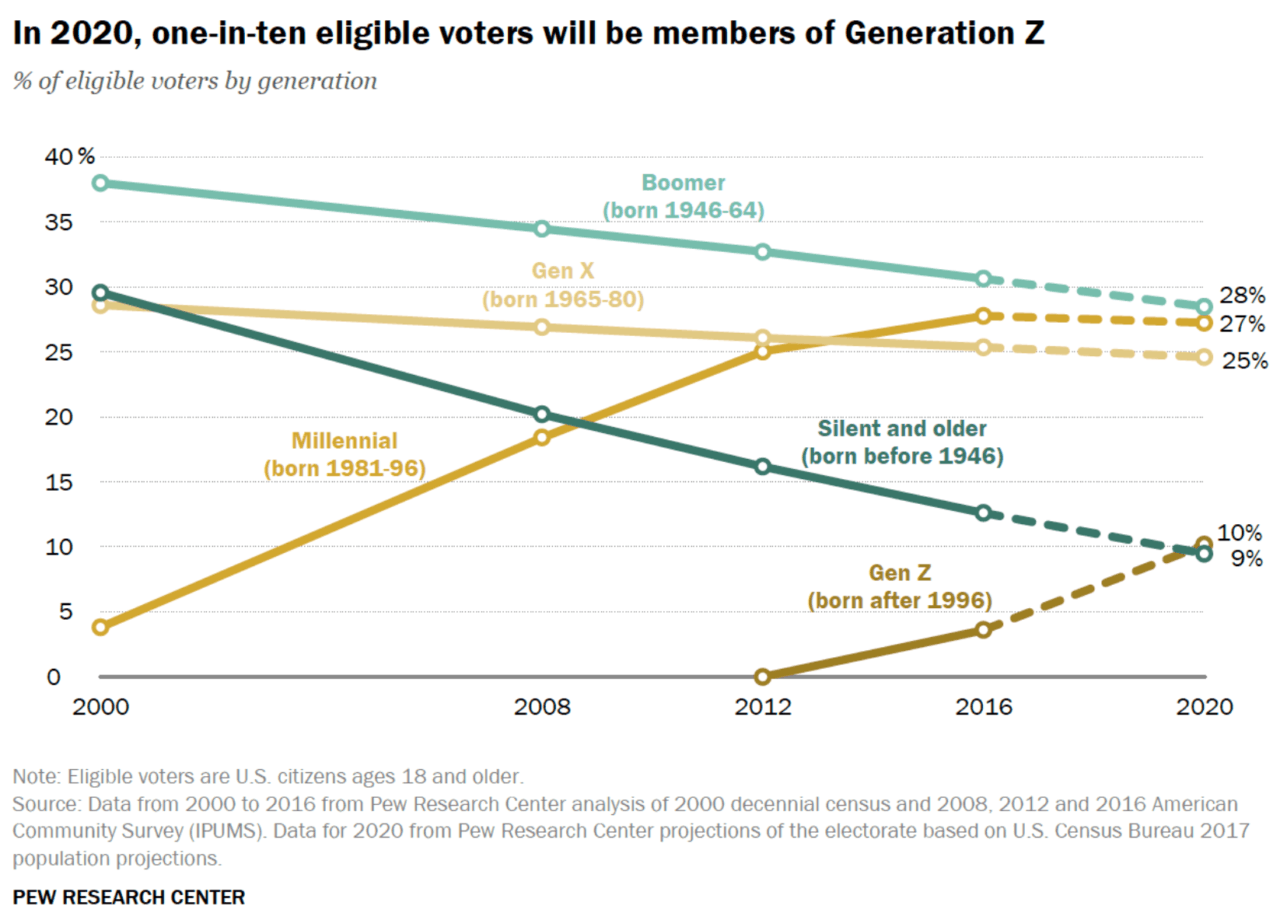 While foreign-born voters increasingly make up a larger share of the U.S. electorate, Trump has advocated recently for increasing legal immigration levels, a stark contrast from his calls in 2015, 2016, and 2017, wherein he committed to reducing overall immigration to relieve American workers of unfair foreign competition in the labor market and American taxpayers of the fiscal burden of immigration.

As Breitbart News has reported, increasing legal immigration beyond its already historically high levels would subject about 13 million Americans who are unemployed, out of the labor force but looking for a good-paying job, and those who are working part-time jobs but want full-time employment to more foreign competition against mostly low-skilled immigrants.

An increase in legal immigration levels would not only diminish the job prospects of millions of Americans but also depress their wages.

Democrats would win major victories politically from increased legal immigration levels, research finds. The latest analysis by The Atlantic senior editor Ronald Brownstein revealed that nearly 90 percent of House congressional districts with a foreign-born population above the national average were won by Democrats.

This means that every congressional district with a foreign-born population exceeding roughly 14 percent had a 90 percent chance of being controlled by Democrats and only a ten percent chance of electing a Republican.

The New York Times and Axios admit that legal immigration at its current rate will continue shifting the American electorate more towards Democrat control.

The U.S. is on track to import about 15 million new foreign-born voters in the next two decades should current legal immigration levels continue. Those 15 million new foreign-born voters include about eight million who will arrive in the country through chain migration, where newly naturalized citizens can bring an unlimited number of foreign relatives to the country.