Few border crossers are scoring asylum after having been released into the United States via a fast-track program created by President Joe Biden’s administration, new data reveals.

CORRECTION: This story has been updated to clarify that a lack of filing an asylum application in the “Dedicated Dockets” program does not equate to failing to attend a scheduled court hearing. The latest data does not include court appearance records.

The data, compiled by Transactional Records Access Clearinghouse (TRAC) at Syracuse University, shows that of the nearly 40,000 cases closed thus far in the program, more than seven percent of border crossers freed into the U.S. interior have secured asylum while nearly 19 percent have been denied asylum, and 67 percent have not yet filed an application for asylum.

Another 6.6 percent had their cases closed for other reasons.

In May 2021, Biden started the “Dedicated Dockets” program as a fast-track asylum process that promises to get border crossers through federal immigration courts within 300 days. More than 110,000 border crossers have been in the program but only about 40,000 of those cases have been closed.

“Only 7 percent were granted asylum since even with representation, and after filing asylum applications, families with expedited hearing schedules were much less likely to prevail and be granted asylum,” the TRAC report states. 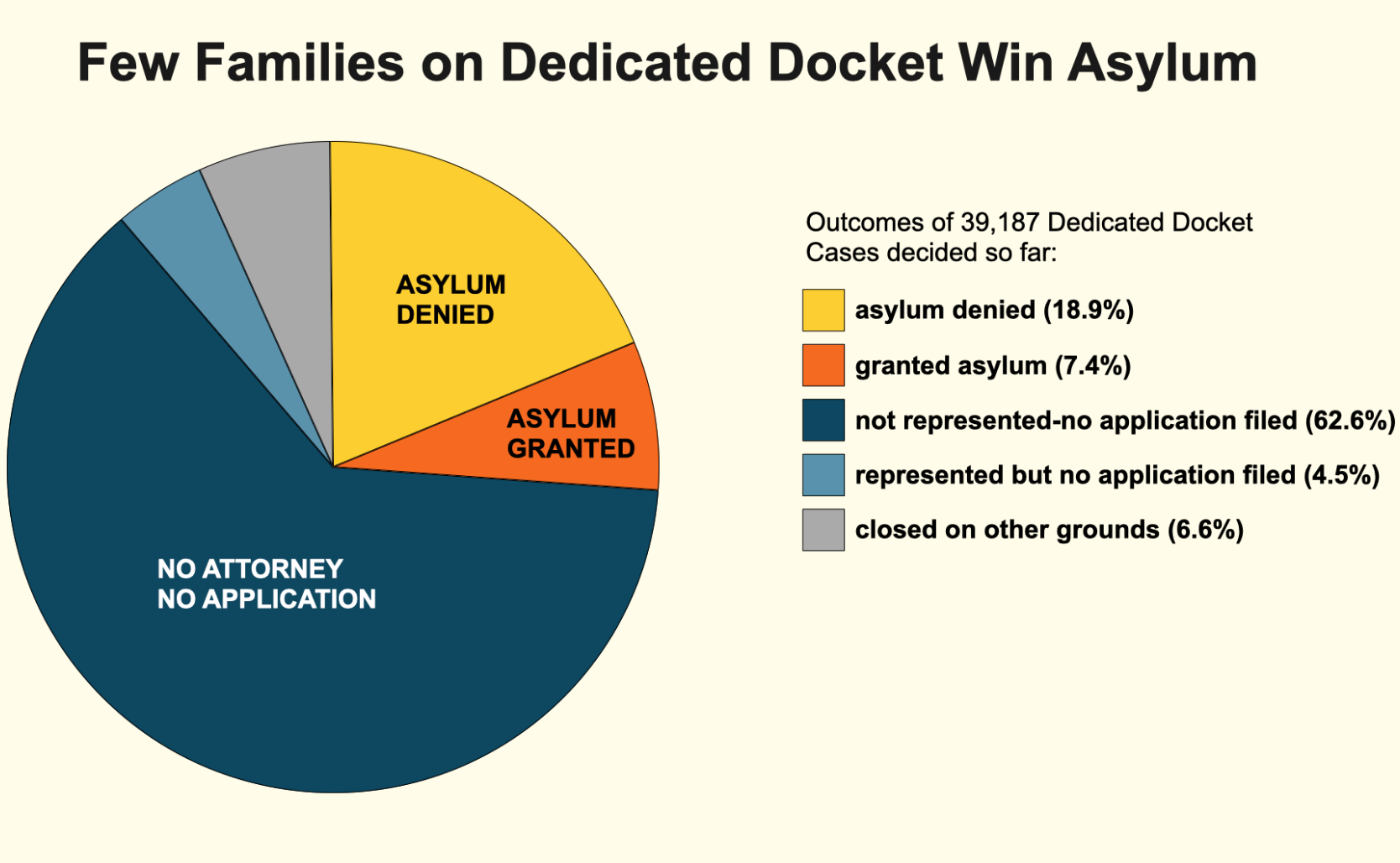 Chart via TRAC at Syracuse University

Deportations for illegal aliens denied asylum continue to be rare, prior data shows.

In August, the Center for Immigration Studies noted that less than two percent of illegal aliens who had been ordered deported by a judge after filing invalid asylum claims were actually deported from the U.S. interior.