The number of fugitive illegal aliens living across American communities, despite having been ordered deported from the United States by a federal immigration judge, has now reached more than 1.2 million under President Joe Biden.

Immigration and Customs Enforcement (ICE) released its year-end report showing yet another uptick in the total of fugitive illegal aliens — those who have been ordered deported but have refused to leave the U.S. — as the Biden administration has systematically gutted interior immigration enforcement.

The figure suggests that the number of fugitive illegal aliens with final deportation orders living across the U.S. is more than twice the population of Wyoming. 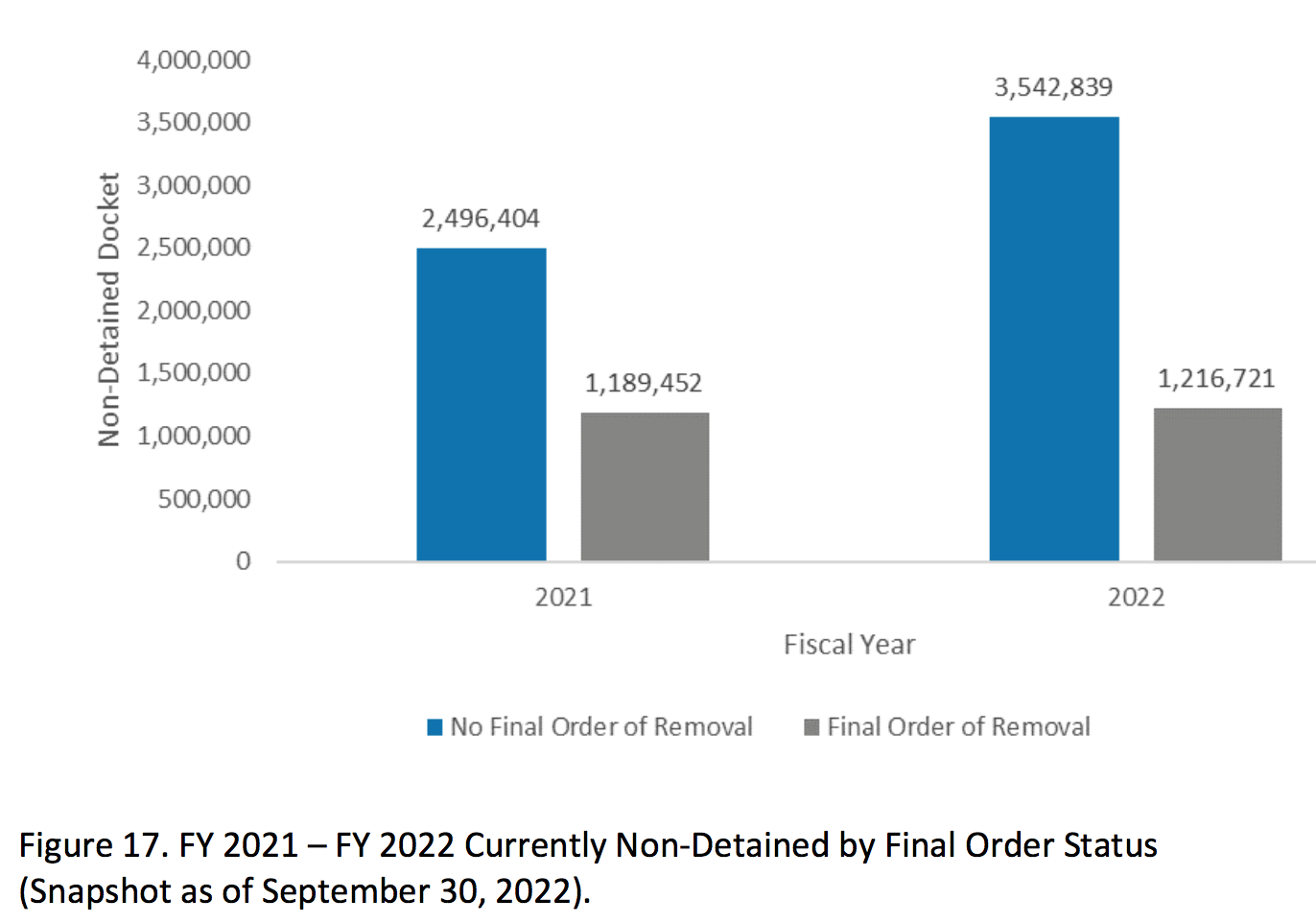 Most of those illegal aliens, with either pending or final deportation orders, living across the U.S. arrived from Guatemala, Honduras, Mexico, El Salvador, Cuba, Venezuela, Nicaragua, Brazil, Colombia, and Haiti.