In a video that was posted to MILO’s YouTube channel, a group of communist student protesters assaulted a MILO cameraman after they led a procession around campus. The protesters carried a communist flag and chanted “No Meelo, no KKK, no fascist USA.” 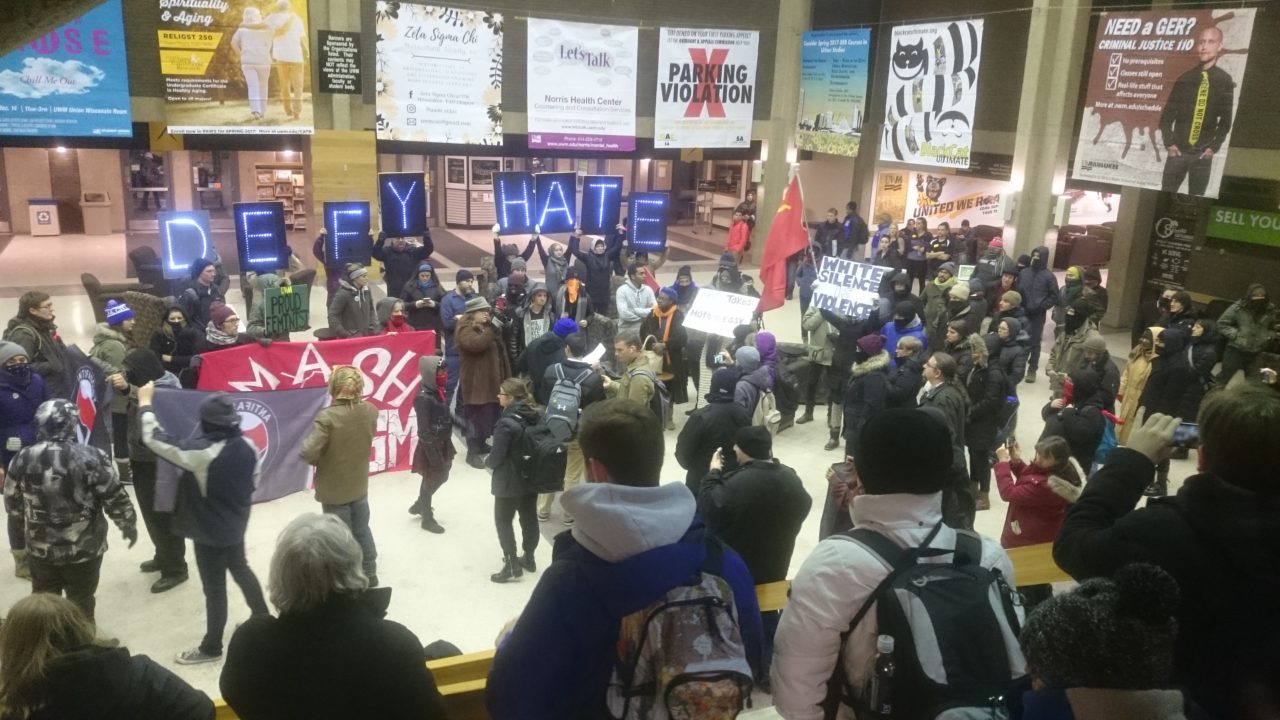 In the video, the cameraman is shoved by several of the protesters, despite his making sure to stay out of the path of the procession.

The student protesters cornered one of MILO’s cameraman in response to his decision to film their procession. One of the protesters threatened: “catch me outside of the university, we’ll have a conversation about this there. I’ll show you my face there. Let’s go across the street.”

“These guys were hilarious. Their protest attempt to shut down Milo’s event was unsuccessful and pathetic. All I did was film them and tell them that they were pronouncing Milo’s name wrong. I don’t usually give pro-tips to hateful communist protesters, but hey — I was feeling generous! Then the assaulting and the usual racist/nazi allegations commenced.”

“It’s hilarious how brave they are when they think they have you outnumbered (they had about 50 protesters surrounding me), but in my case, they would’ve needed at least another 4000 protesters for it to be a fair fight.”