Anarchist protesters at MILO’s University of Washington event have had bats and sharpened sticks confiscated, local PD have reported. Riot police, helicopters, and an FBI bomb squad are all present at the event.

According to reports from Seattle PD, anarchist protesters outside MILO’s event at Washington University tonight had baseball bats and sharpened signposts confiscated by law enforcement. Police in riot gear have formed a human wall between event attendees and protesters.

Police have also intercepted protesters carrying wooden poles, heavy pipes, and shields according to local news. It is unclear if the protesters were en route to MILO’s event or to anti-Trump protests elsewhere in Seattle.

MILO’s talk, which was scheduled to begin at 10PM eastern time, has been postponed by 45 minutes. Protesters are currently preventing attendees from reaching the venue. 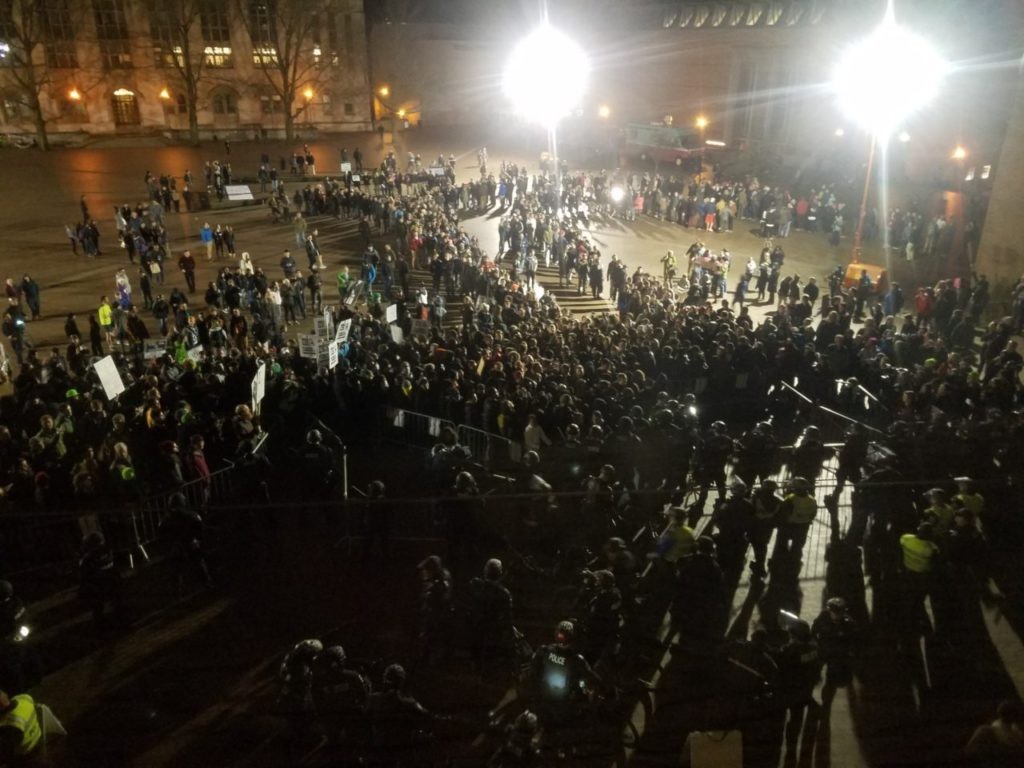 Local reporters are posting video from the university now.

Reporters on the ground captured pictures of the emerging scenes below. 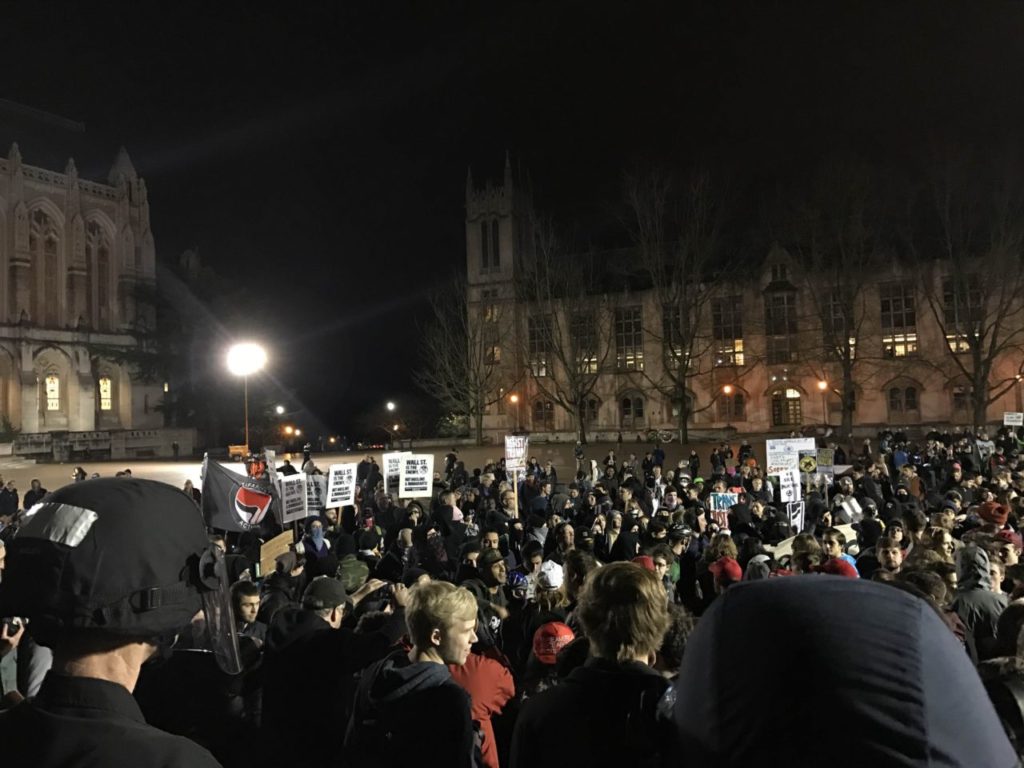 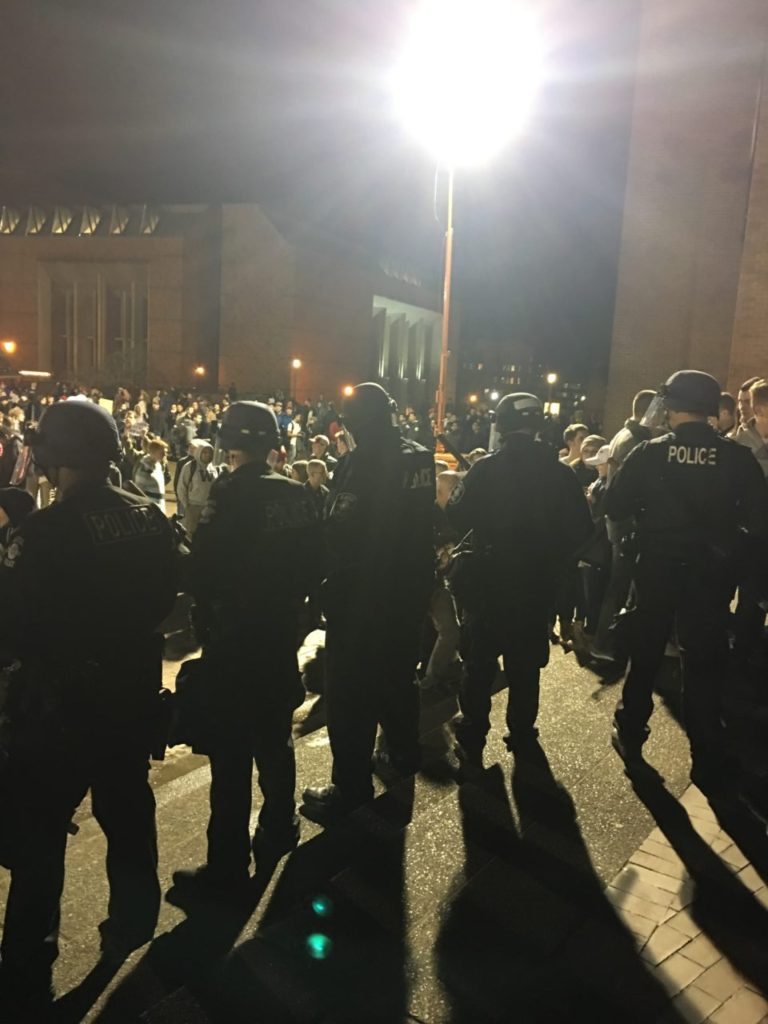 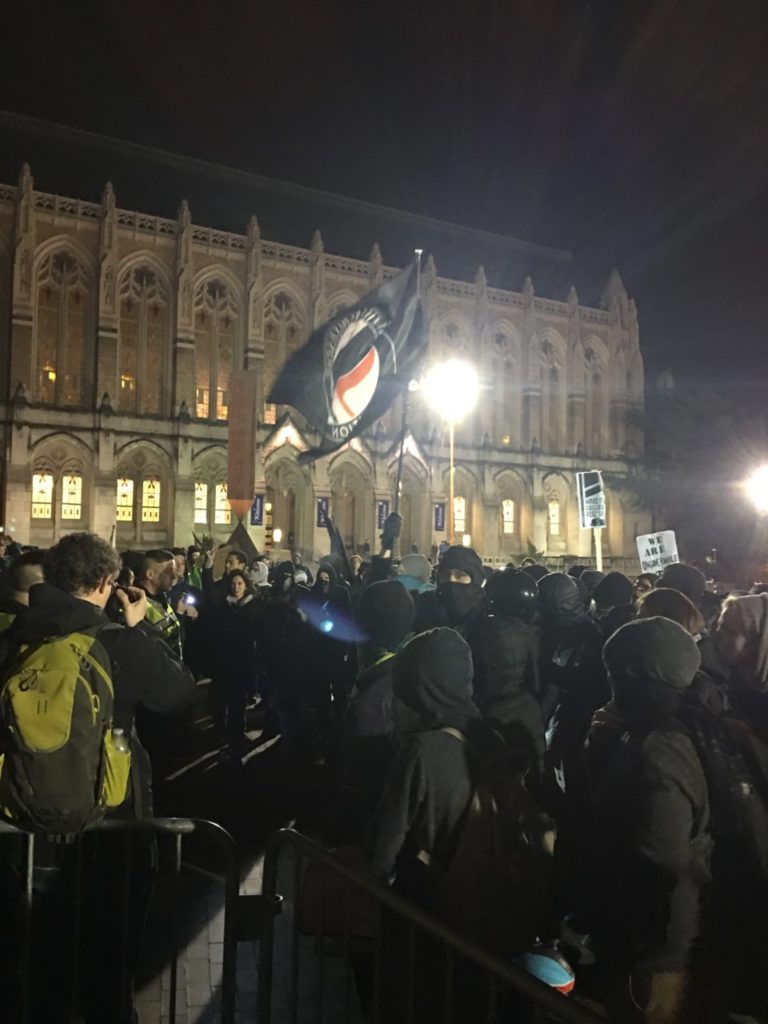 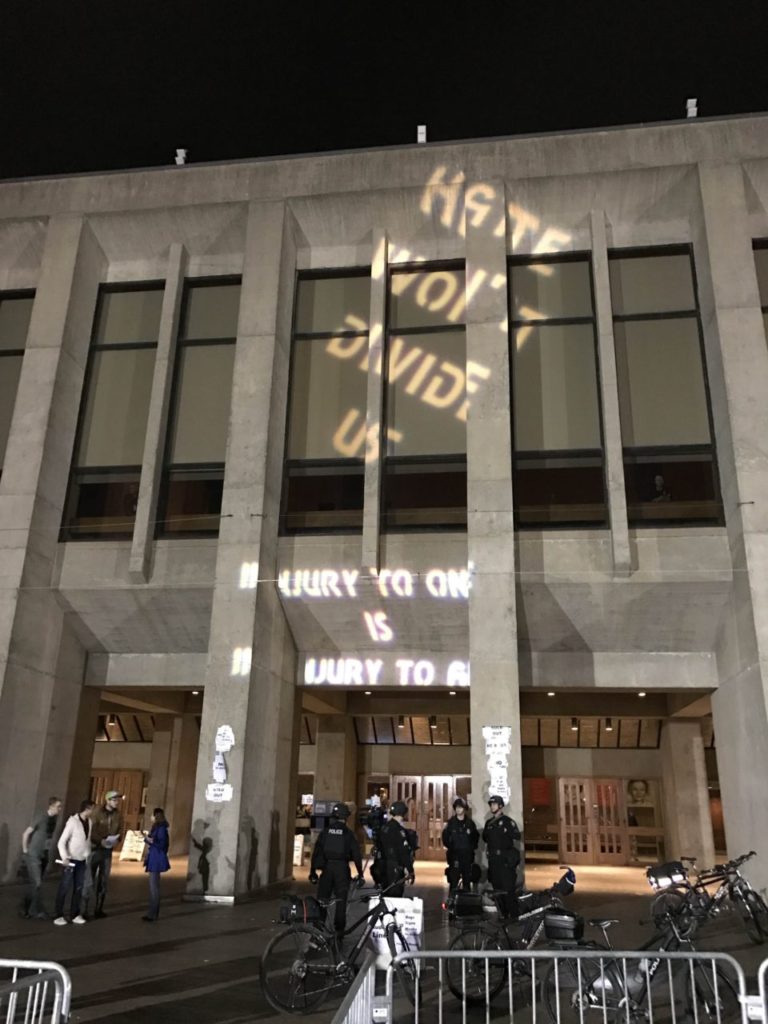 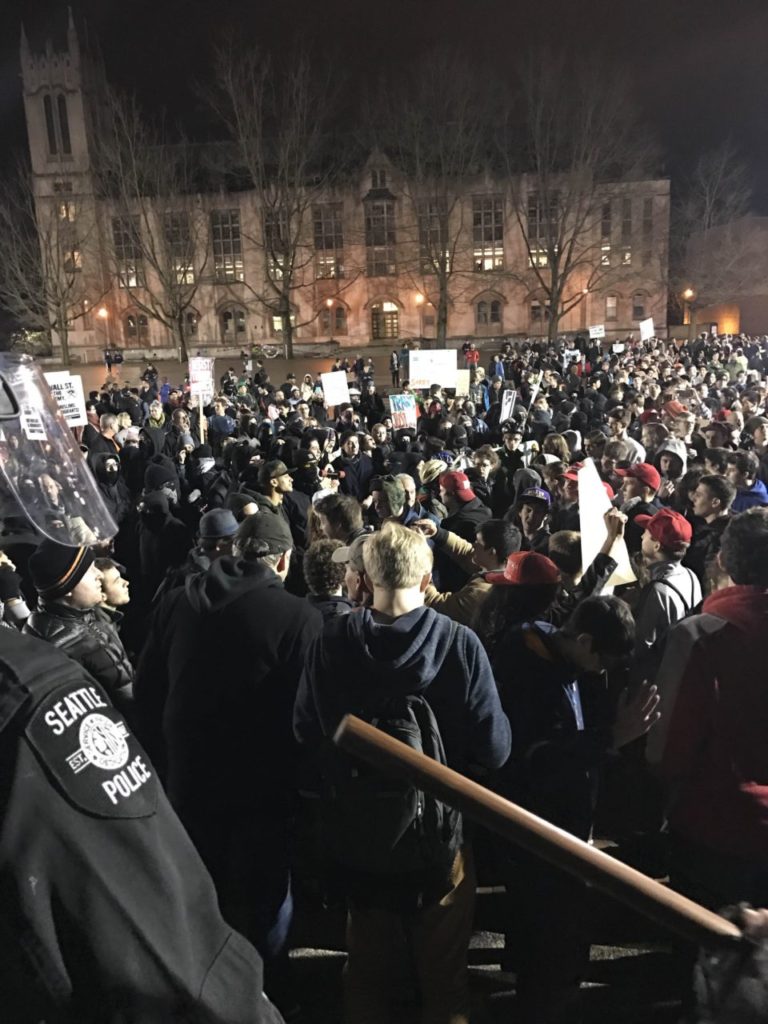 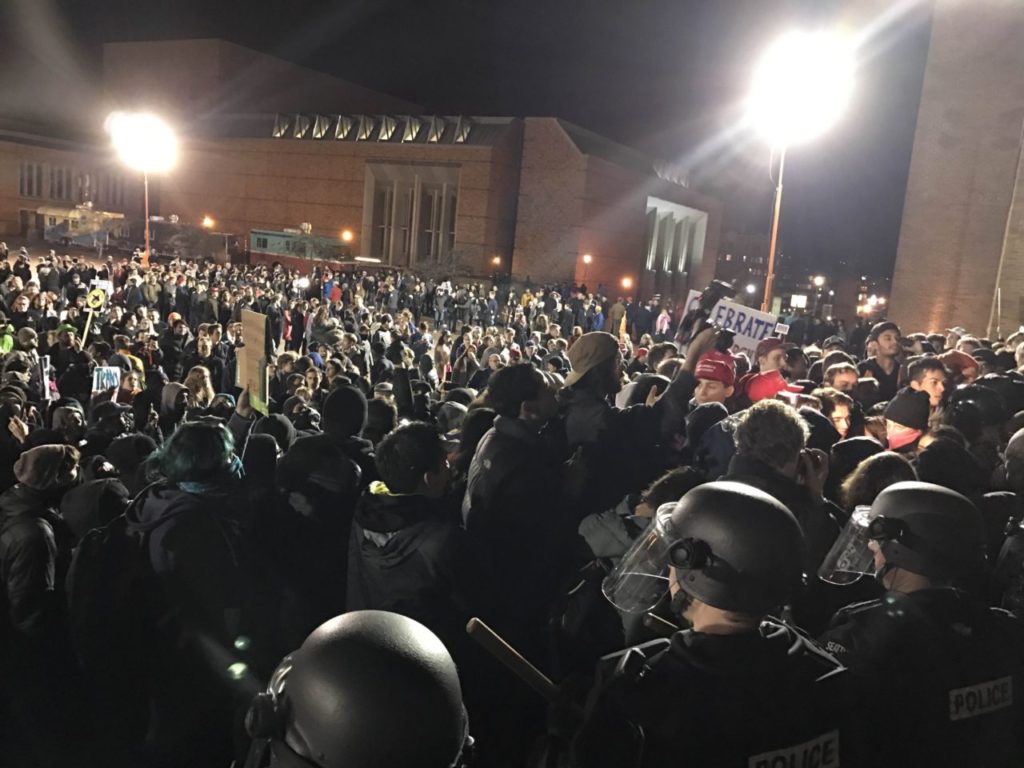 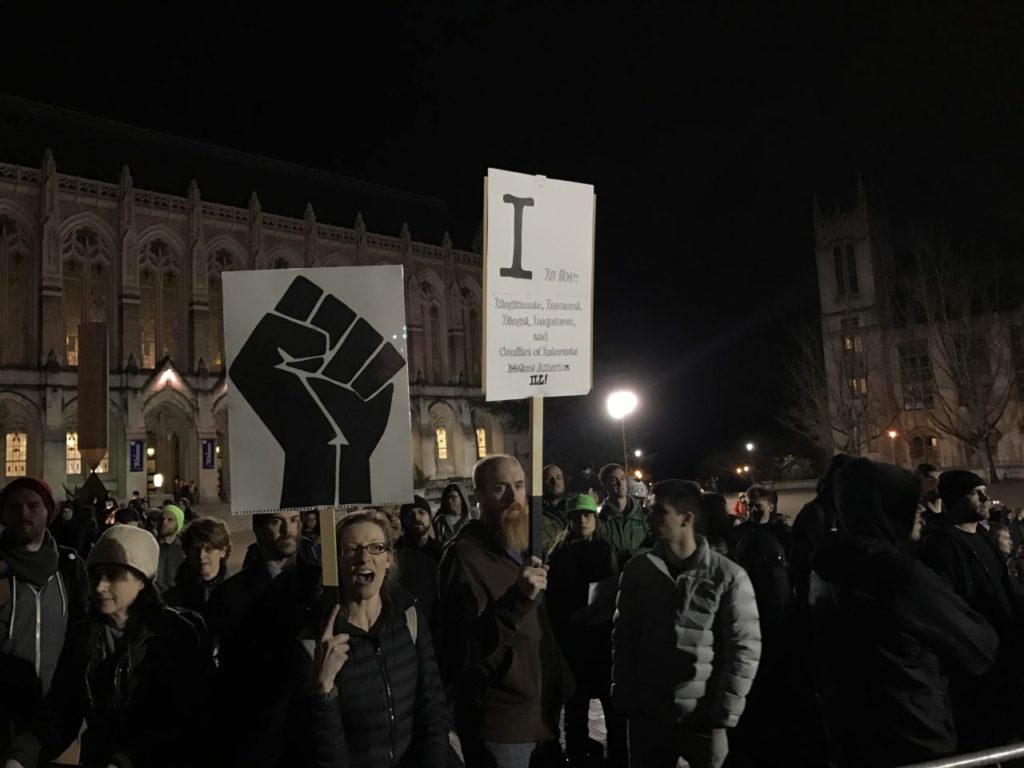 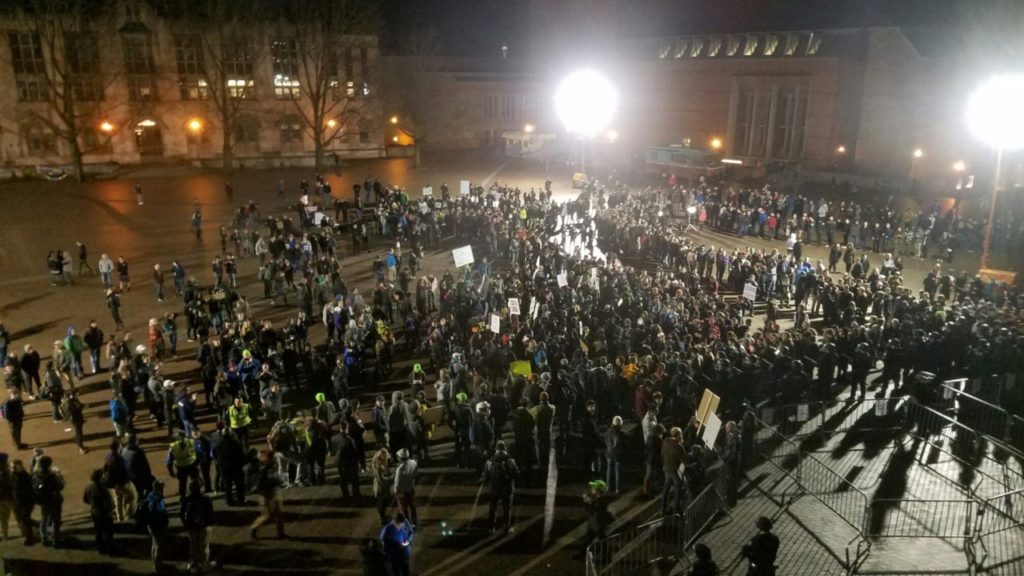 Threats have already been made against MILO’s life on Twitter, although it is unclear if they come from people who are actually attending the event or from internet trolls.

A live Periscope of the protests can be seen below,