Posters calling on Donald Trump to “Deport Fat People” have appeared at the campus of CU Boulder where MILO is scheduled to appear tonight. 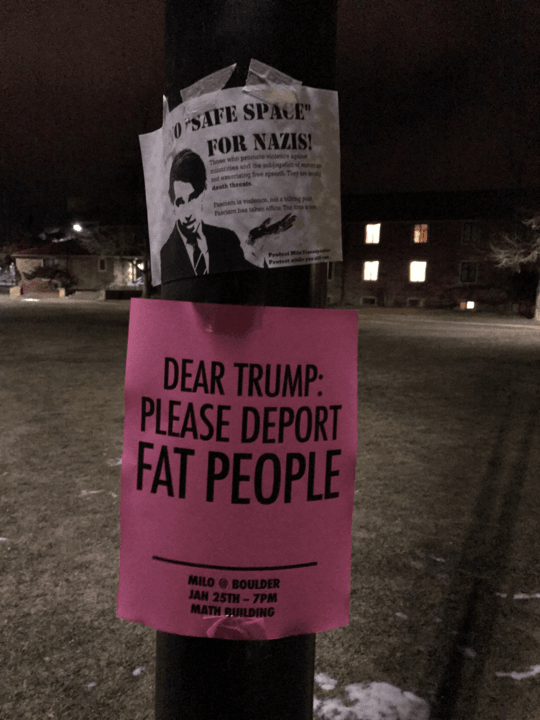 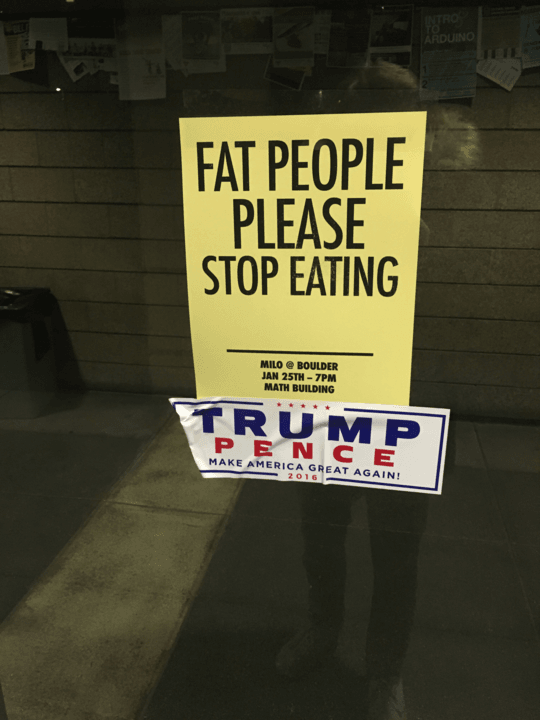 Flyers initially appeared alongside the posters advertising MILO’s event at CU Boulder today, calling the Dangerous Faggot a Nazi and stating that “It’s always OK to punch a Nazi.” A photograph of the poster, reportedly placed there by protesters that plan to attempt to stop MILO’s event tonight, can be seen below. 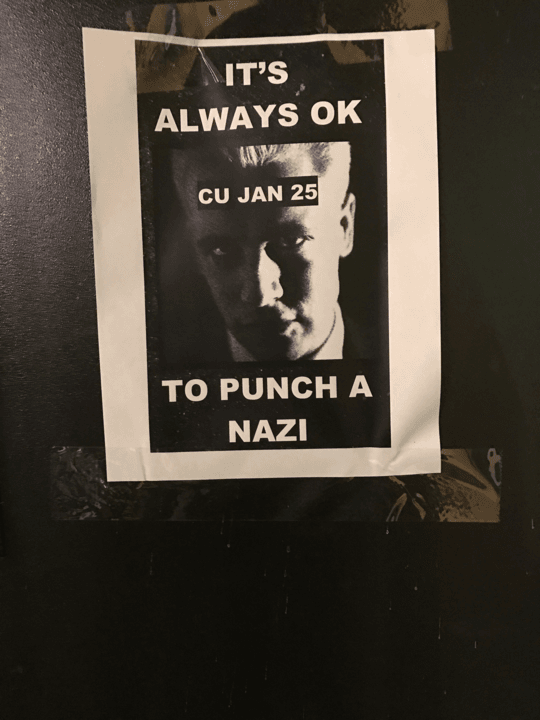 MILO’s event at the college is set to take place tonight at 9PM EST where he will be delivering a speech titled, “Why Ugly People Hate Me.”

The event will be available to watch here.