The Colorado Springs Anti-MILO ANTIFA group discuss why they should wear face coverings to protest MILO events, all the while using their real names in a public Facebook group.

Consider how eager they were to release the private emails of MILO event attendees last night in Boulder, here’s what they have to say, with their full names: 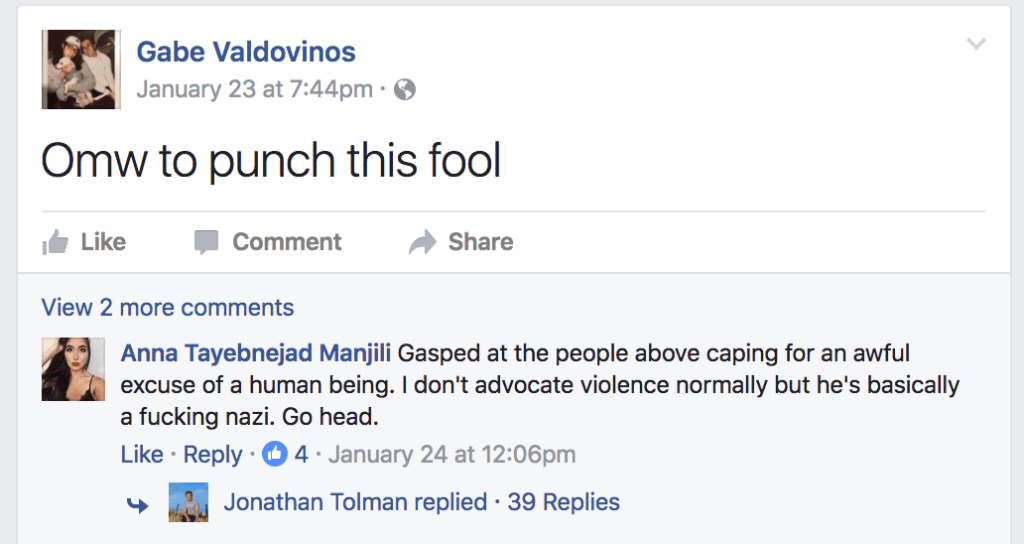 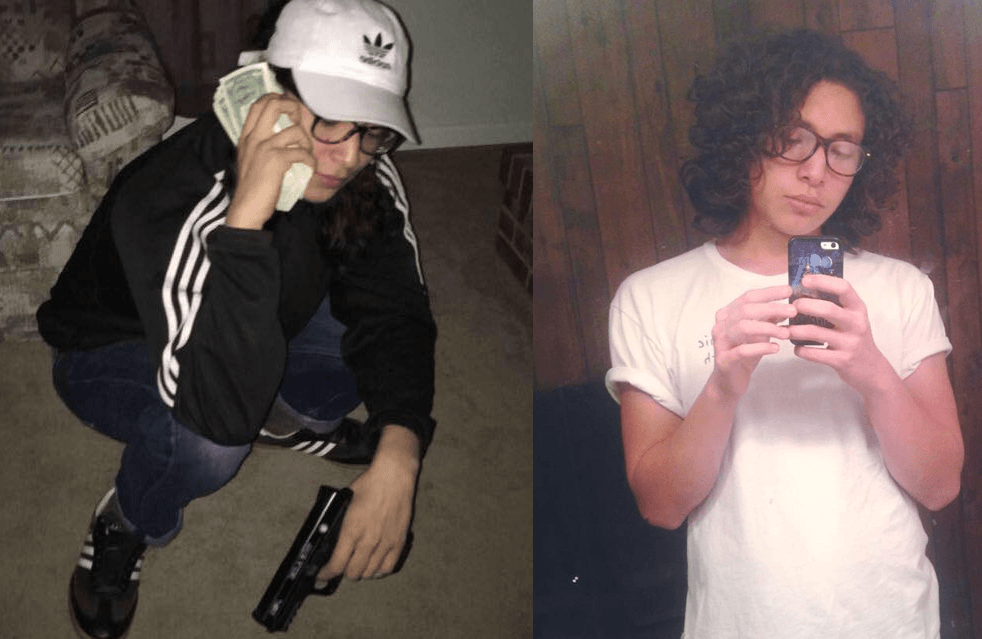 Gabe Valdovinos says he’s on his way to punch MILO, supported by other members in the group. He’s a Colorado Springs resident who likes brandishing (potentially fake) weapons with poor trigger discipline. 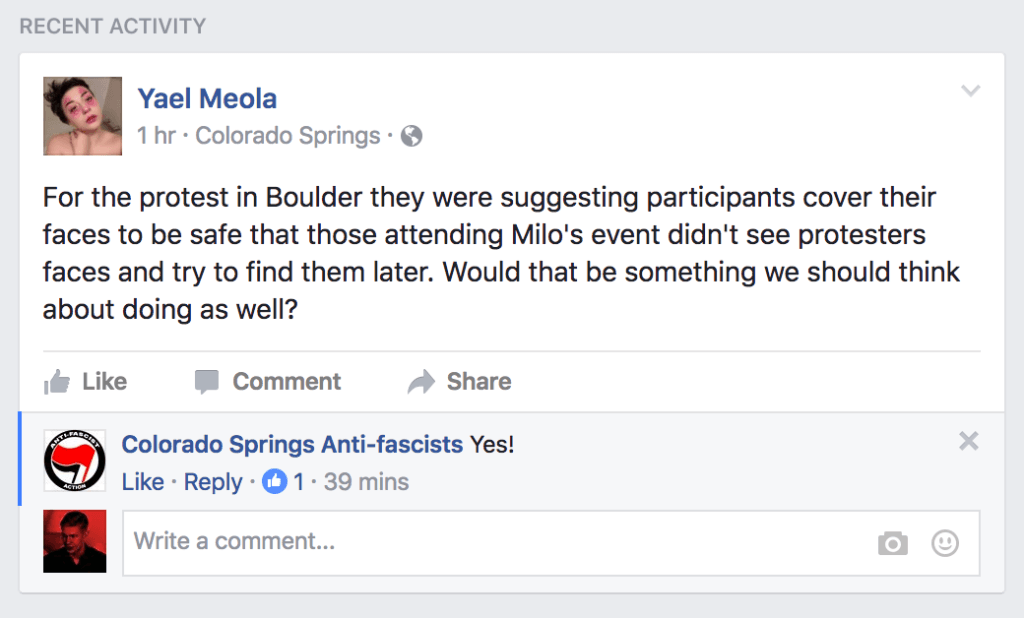 Yael Meola describes herself as “passionate about activism, and intersectional feminism.” Her preferred pronouns are “they/them.” Her header image reads, “We Will Resist.” 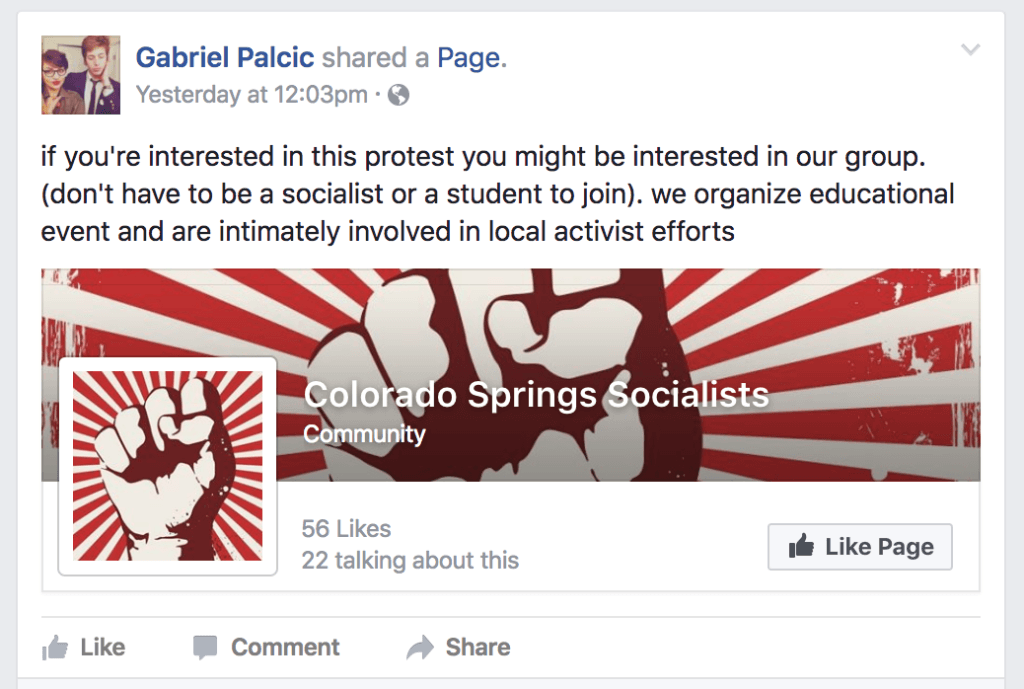 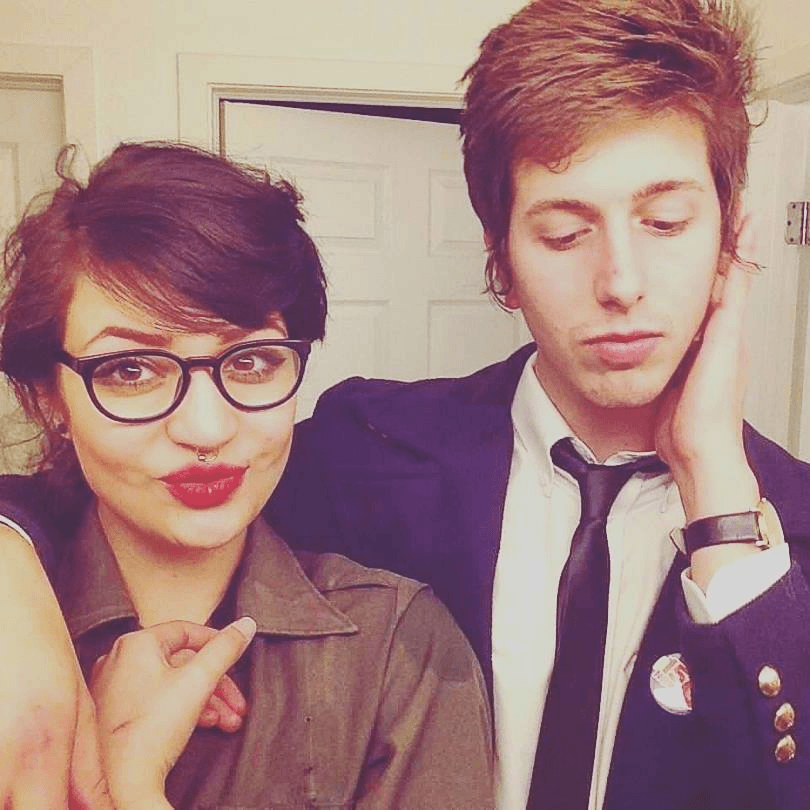 Gabriel Palcic is a socialist, promoting his communist Facebook group. He describes himself as an “antithesis,” someone who believes religion distracts us from spirituality. Gabriel also adds his political views, saying:

His spoken languages are English and “African American Vernacular English”. His partner is Jenny Contreras. 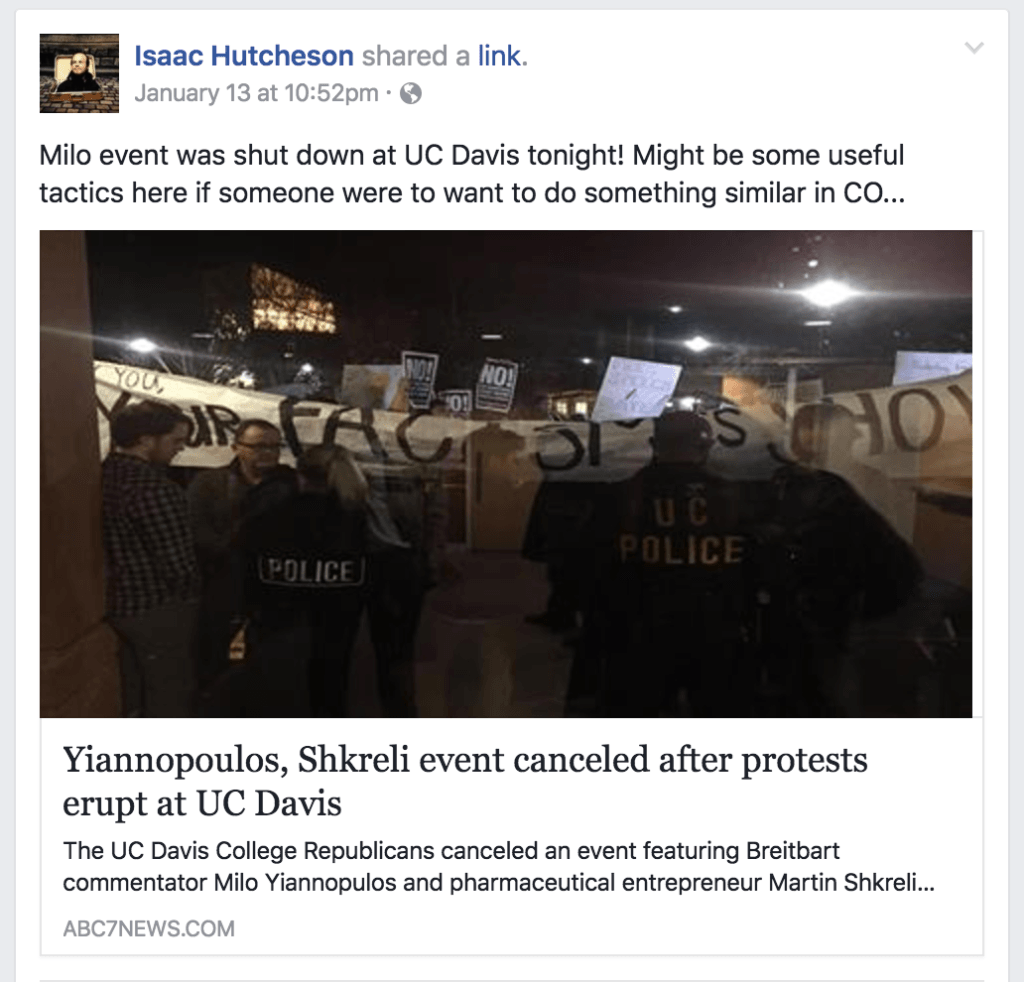 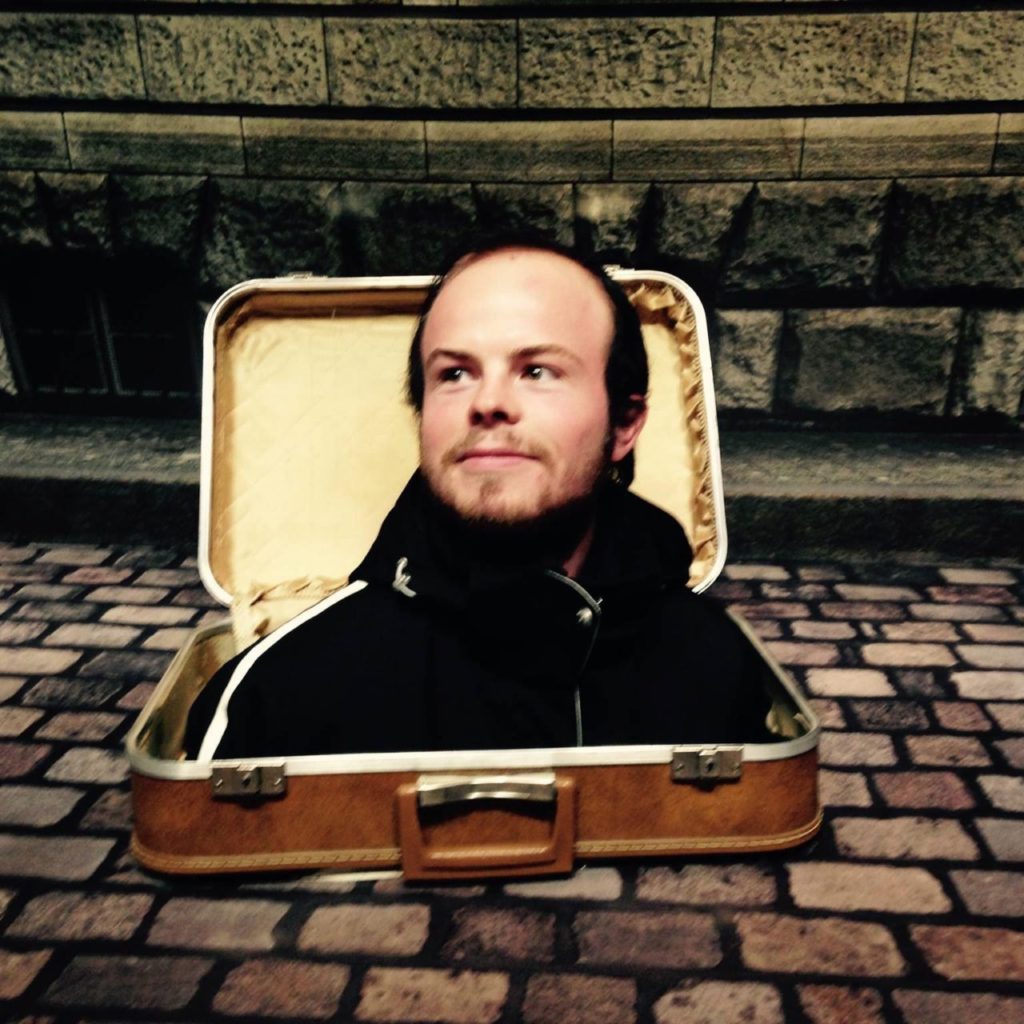 Issac Hutcheson believes the UC Davis protest tactics, including smashing barricades and assaulting attendees, should be used as a guide for the Colorado Springs protest. He claims he’s written to the school to stop MILO, citing a “pyramid of hate“. 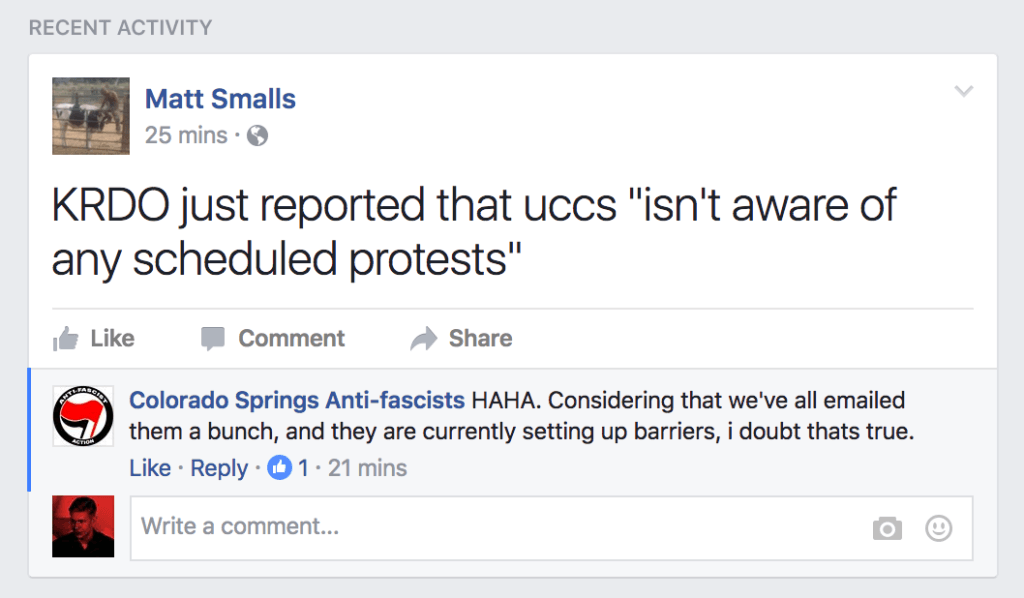 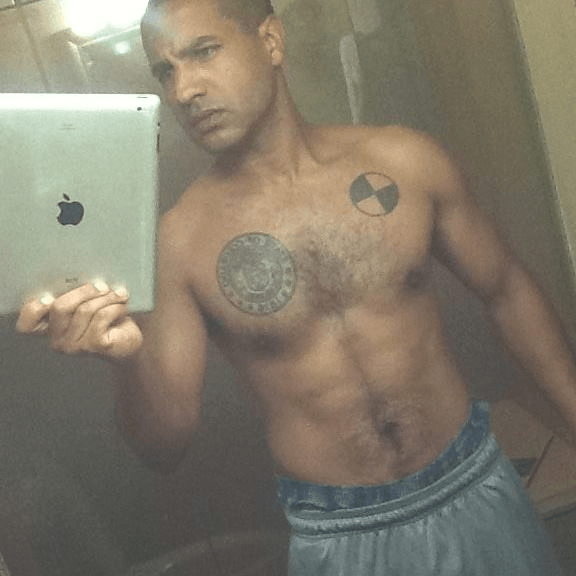 Matt Smalls is a slightly older communist activist, and a resident of the town as well. He’s another “resist” advocate.

An archive of the page is available here.