A Nashville jury has awarded a staggering $55 million to Fox Sports reporter Erin Andrews from her lawsuit targeting the man who videoed her naked, then posted it online, and the Nashville Marriott, where the incident occurred.

Andrews had tearfully told the jury she had wanted to be the “the girl next door who loved sports,” adding, “And now I’m the girl with a hotel scandal.” She testified, “This happens every day of my life, either I get a tweet or somebody makes a comment in the paper or somebody sends me a still of the video to my Twitter or someone screams it at me in the stands and I’m right back to this. I feel so embarrassed and I am so ashamed.” 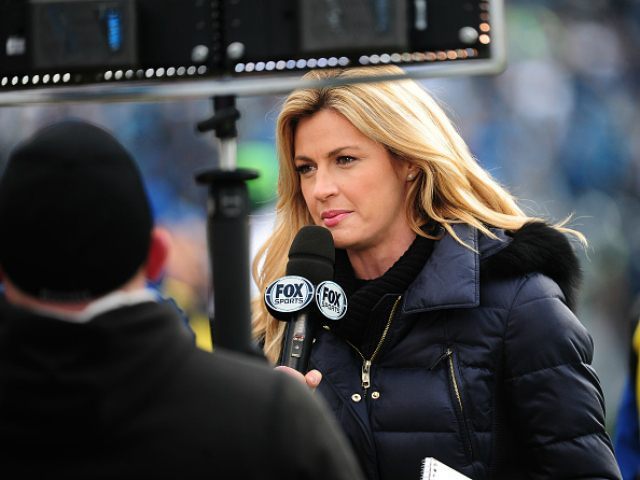 Andrews confessed the incident had triggered trust issues that plagued her relationship with her current boyfriend, Minnesota Wild’s Jarrett Stoll, saying, “I feel really guilty he didn’t know me before this happened and to try to explain to someone who has questions about why I have trust issues, why I’m insecure, why I’m embarrassed; he doesn’t understand.”

Andrews had asked for a $75 million judgment against West End Hotel Partners, which operates the Marriott at Vanderbilt, and Michael David Barrett, the man who used Andrews’ hotel room peephole to videotape her naked in 2008 before posting it online in 2009. Barrett had stalked Andrews and reserved the room next to hers after discovering her room by using a hotel directory on a house phone.

The jury decided the hotel was 49% responsible for damages, finding Barrett 51% responsible. Barrett will owe $28 million and the hotel $27 million, but Barrett, who was sentenced to 2½ years in prison, will in all likelihood never pay a cent, while the hotel may well appeal the verdict, as TMZ reported.

Jurors hugged Andrews after the trial and asked for her autograph. She tweeted: