England have been fined for an “incorrect” response to the haka before a Rugby World Cup semi-final match against New Zealand’s All Blacks.

World Rugby rules stipulate teams must remain within their own half of the pitch to receive the challenge as a way of showing respect to the traditional Maori war challenge.

Referee Nigel Owens and his team had to usher three England players back on Saturday as they strayed a few steps over halfway and that move was the one to draw the fine.

The England players were standing in a V-formation at the time as their own response to the haka.

They went on to win the match 19-7 and advance to this Saturday’s final while the beaten All Blacks face Wales in a “losers” play-off for third and fourth position. 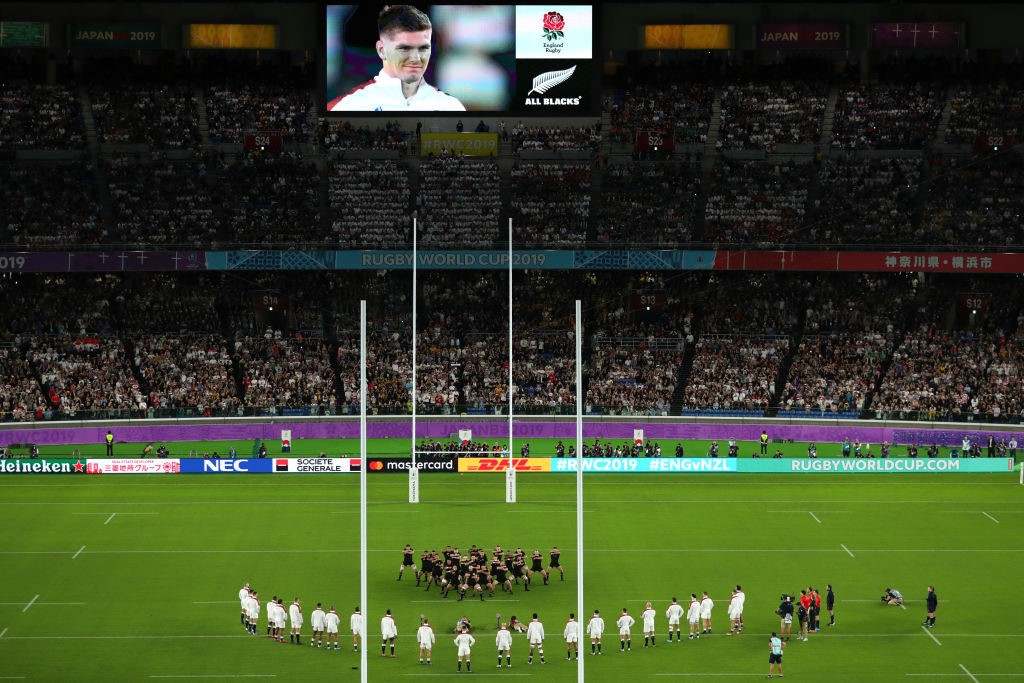 World Rugby stated coach Eddie Jones’s side had been punished for a “breach of World Cup 2019 rules relating to cultural challenges, which states that no players from the team receiving the challenge may advance beyond the halfway line.”

The fine will be donated to charity.

The need for opposing teams to stand still and silent as they face the haka has not always been part of rugby, as Australian winger David Campese showed back in 1991 in a World Cup match against the All Blacks at Twickenham.

Instead Campese ignored the ritual entirely and completed his warm-up on his own.

In the 2011 tournament, France were fined £2,500 when they also advanced on the haka before the final.

Asked about England’s actions after the match, captain Owen Farrell said: “We didn’t just want to stand in a flat line and let them come at us.”

World Rugby’s own Twitter account also excitedly promoted England’s reaction to the haka with several tweets during and after the semi-final.

Asked about England’s actions after the match, captain Owen Farrell said: “We didn’t just want to stand in a flat line and let them come at us.”

The closest a haka challenge has come to blows was in 1997 when English hooker Richard Cockerill advanced right into the face of opposite number Norm Hewitt, chattering away throughout the dance.

The pair clashed heads and had to be separated by England captain Martin Johnson, who pushed Hewitt away as the English went back to receive the kick-off.

Meanwhile, a New Zealand Herald journalist has suggested the All Blacks stop performing it altogether.

Chris Rattue has written a column arguing the All Blacks’ concentration was affected by the ritual and it was “a ridiculous way to prepare when emotions can be easily overcharged anyway”.

“It is time to consider letting the haka go or placing it somewhere else, in the name of winning,” Rattue wrote.