High school senior Avery Oberheim pitched her softball game Thursday evening in honor of her father, Officer Chris Oberheim, who was killed in the line of duty Wednesday morning.

WCIA News reports Avery said it is what her father would have wanted. He served in the Champaign Police Department and was a coach for his four daughters in Midland Magic Softball Club in Illinois.

Law enforcement officers from across the state lined the softball field of Monticello High School to support Avery. 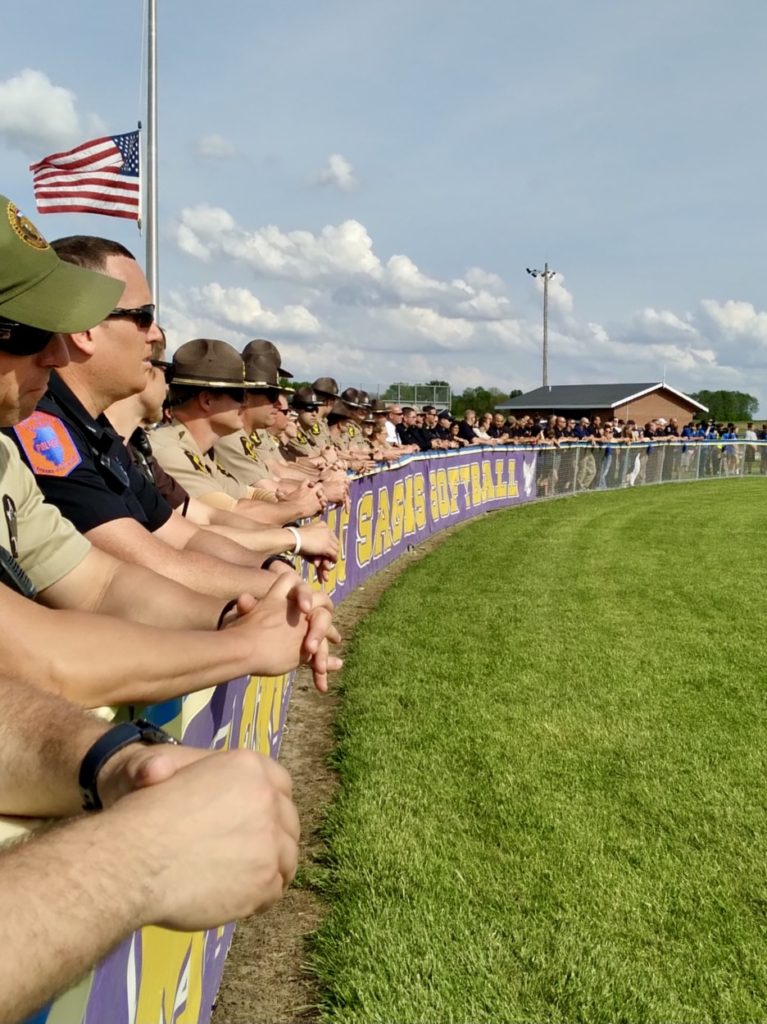 The scoreboard displayed Oberheim’s badge number, 703, before the game began.

WCIA reported, “Both baseball and softball players also brought flowers to the spot down the right-field line where Officer Oberheim would always sit and watch his daughter play.”

Monticello schools dismissed students 30 minutes early Thursday to clear the roads for Officer Oberheim’s escort from Champaign to his hometown of Decatur, Illinois.

Monticello Principal Adam Clapp told WCIA, “When we heard the news yesterday morning, it’s something that our kids thought, ‘What can we do to help? What can we do to support the Oberheims?’ It’s just really amazing to be a part of a school like that and a community like that.”

Oberheim was shot and killed responding to a domestic situation early Wednesday morning. Another officer was wounded but is stable. The suspect, Darion Lafayette, also died after an exchange of gunfire.

Oberheim leaves behind his wife and four daughters.