American gymnastics superstar Simone Biles announced Wednesday she is abandoning the defence of her individual all-around Olympic crown to focus solely on her mental well-being.

A statement from USA Gymnastics confirmed her absence from Thursday’s all-around final.

“Simone Biles has withdrawn from the final individual all-around competition at the Tokyo Olympic Games in order to focus on her mental health,” USAG said in a statement.

After further medical evaluation, Simone Biles has withdrawn from the final individual all-around competition. We wholeheartedly support Simone’s decision and applaud her bravery in prioritizing her well-being. Her courage shows, yet again, why she is a role model for so many. pic.twitter.com/6ILdtSQF7o

The move came 24-hours after Biles suddenly withdrew from the team final, saying she had pulled out due to concern for her mental well-being.

“I have to focus on my mental health,” Biles said. “I didn’t want to go out and do something stupid and get hurt… At the end of the day we don’t want to be carried out of there on a stretcher.”

As Breitbart News reported, Biles further clarified her motives when she added the emotional stress of being the “head star” of the Olympics was weighing on her mind and affecting her performance. 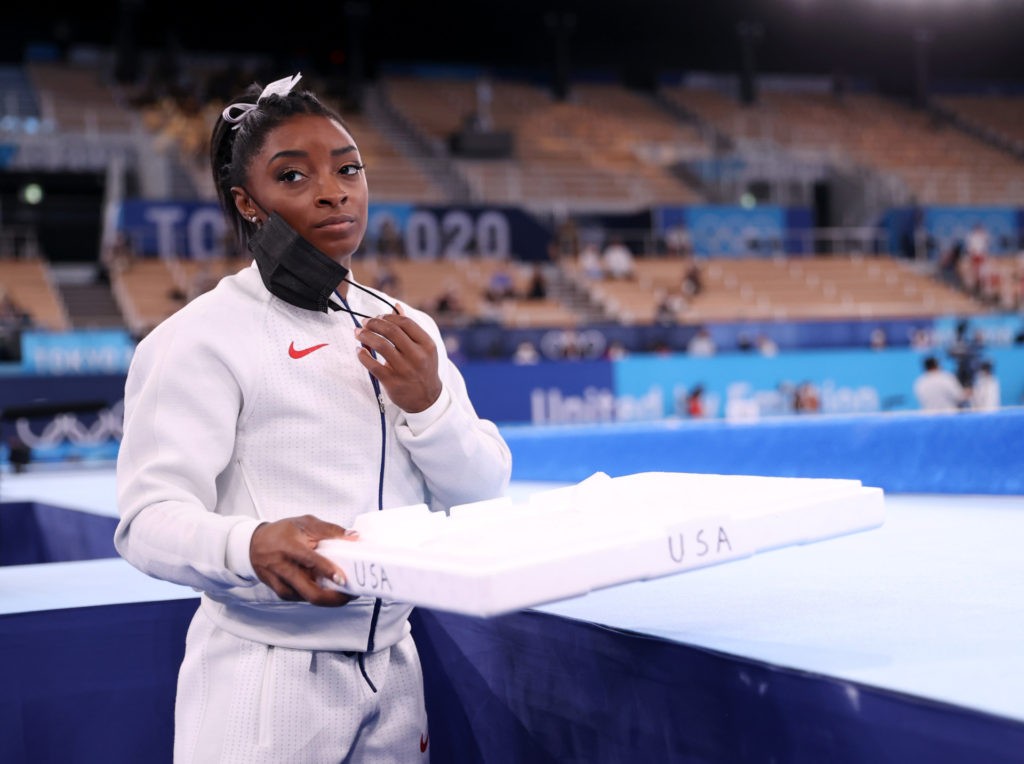 Simone Biles supports her team mates by carrying their chalk after pulling out after the vault during the Women’s Team Final on day four of the Tokyo 2020 Olympic Games at Ariake Gymnastics Centre on July 27, 2021 in Tokyo, Japan. (Laurence Griffiths/Getty Images)

Biles, considered to be the greatest gymnast of all time, told U.S. Olympic broadcaster NBC television late Tuesday she would assess her readiness to compete on a “day-by-day” basis.

Jade Carey, who finished ninth in qualifying, will take Biles’ place in the all-around.