Another day, another withdrawal. American gymnast Simone Biles announced Sunday she will not defend her Olympic gold medal on floor exercise.

USA Gymnastics confirmed the six-time Olympic medalist has opted not to compete on floor, where she won gold in Rio de Janeiro and placed second in qualifying last week, according to AP.

Reports indicate Biles has not decided whether to participate in the balance beam final, which is scheduled for Tuesday. She earned bronze in the event at Brazil five years ago.

It was the latest withdrawal in a string of other disappointments for the 24-year-old in Tokyo.

Biles has already chosen not to compete in the uneven bars and vault finals, set for Sunday evening at the Ariake Gymnastics Centre. She was not expected to medal on bars, but is the Olympic champion on vault.

Jennifer Gadirova of Britain will replace Biles in the finals, which are scheduled for Monday.

Biles has previously outlined she is abandoning the defence of her other Olympic crowns to focus solely on her mental well-being.

“I have to focus on my mental health,” Biles said. “I didn’t want to go out and do something stupid and get hurt… At the end of the day we don’t want to be carried out of there on a stretcher.” 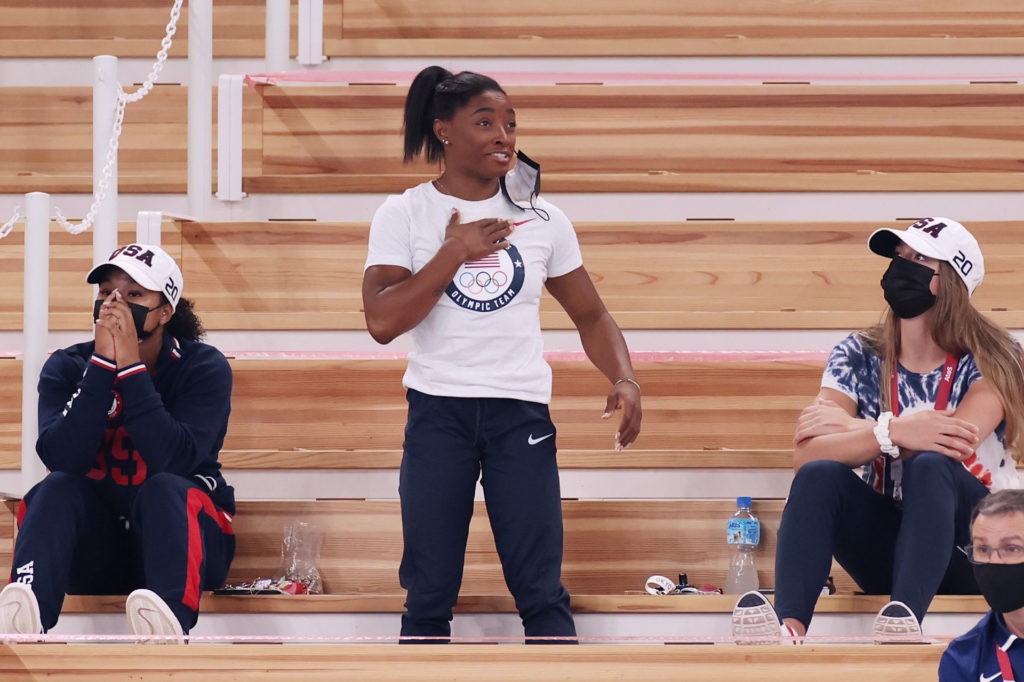 As Breitbart News reported, Biles further clarified her motives when she added the emotional stress of being the “head star” of the Olympics was weighing on her mind and affecting her performance.

Biles, considered to be the greatest gymnast of all time, told U.S. Olympic broadcaster NBC television late Tuesday she would assess her readiness to compete on a “day-by-day” basis.