The NFL and just about every other stick and ball league in the country have done just about everything they can to force their players to get vaccinated. However, when it comes to the UFC, Dana White says it’s “Never Gonna Happen.”

The UFC president, who became the first head of a major American-based sports league to begin hosting live events during the pandemic, went against the grain again, saying that he would “never tell another human being what to do with their body.” 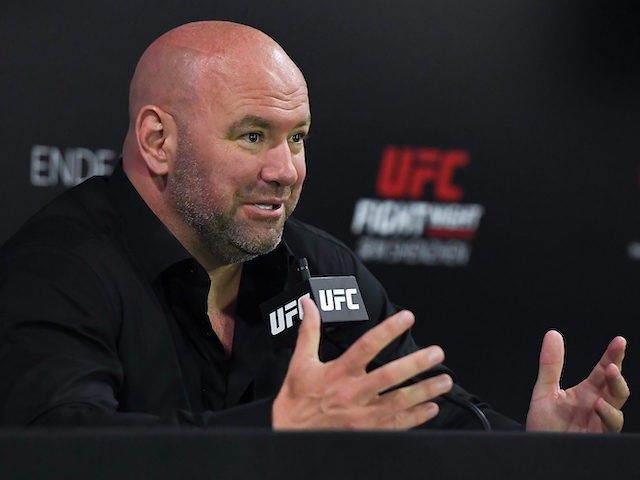 “I would never tell another human being what to do with their body. If you want to get vaccinated, that’s up to you. That’s your choice. You’re never gonna hear me say I’m gonna force people to get vaccinated. Never gonna happen,” White said according to TSN’s Aaron Bronsteter.

White continued, “I think a lot of people are doing that. They’re telling you in New York you can’t go into a restaurant or a gym unless you’re vaccinated and can prove it and things like that. Some people are getting fired if they don’t get vaccinated. Yeah, that’s not gonna happen here. You wanna get vaccinated? Get vaccinated. If you don’t, that’s your decision, your body.”

White’s embrace of personal choice and freedom, something liberal politicians used to at least pretend to embrace, could lead some pro-vax state leaders to try and block the UFC from hosting events in their state. However, should they do that, it’s not likely to make any difference to White.

The UFC was a popular and growing brand long before New York finally let them in. They’ve also done incredibly well while hosting a minimal number of events in California. If pro-vax states attempt to cancel the UFC, they’ll be hurting themselves more than Dana White.