When journalists at the Indianapolis Star reviewed a survey on college mascots, they focused on the fourth most offensive on the list — Notre Dame’s leprechaun who cheers on the Fighting Irish.

The Star reached out to the university and asked for their response to the survey that asked 1,266 participants to rate 128 mascots at colleges and universities with NCAA Division 1 football teams in order of best, worst, sexiest, creepiest, and offensive.

The woke staff at the Star seized on the offensive category where the leprechaun came in fourth behind, in order, Osceola and Renegade of Florida State, the Aztec Warrior of San Diego State, and Vili the Warrior of the University of Hawaii at Manoa.

No matter that No. 1 Osceola and Renegade is endorsed by the Seminole tribe in Florida, and the third most offensive mascot, Vili the Warrior, was ditched by UHM a decade ago. 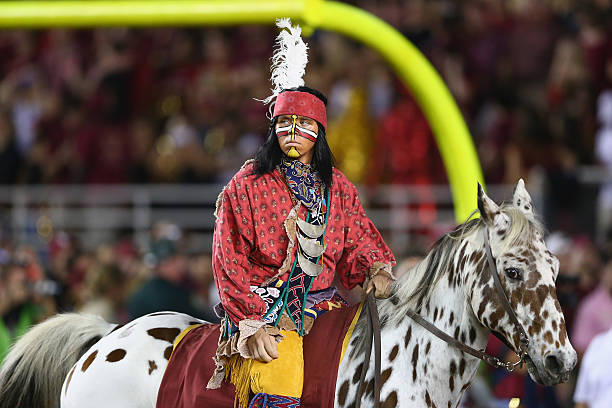 TALLAHASSEE, FL – OCTOBER 18: The mascot of the Florida State Seminoles during their game at Doak Campbell Stadium on October 18, 2014 in Tallahassee, Florida. (Photo by Streeter Lecka/Getty Images)

But Notre Dame didn’t cave in a statement it gave to the newspaper.

At Notre Dame, the university said that the Irish have been an important part of the school since its beginning and have played a key role in adopting the “Fighting Irish” name.

“Our symbols stand as celebratory representations of a genuine Irish heritage at Notre Dame, a heritage that we regard with respect, loyalty, and affection,” the statement said.

USA Today reported on more of Notre Dame’s response to the survey inquiry:

Notre Dame said its nickname, Fighting Irish, began as a term used by other schools to mock its athletic teams. At the time, anti-Catholicism and anti-immigrant sentiments were strong. Because Notre Dame was largely populated by ethnic Catholics – mostly Irish, but also Germans, Italians and Poles – the university was a natural target for ethnic slurs, it said.

As the school’s football team gained national prominence in the early 1900s, journalists began to use the ‘fighting Irish’ phrase in their stories. ‘Soon, Notre Dame supporters took it up, turning what once was an epithet into an ‘in-your-face’ expression of triumph,’ the university said.

The Fighting Irish nickname was made official in 1927.

As for the leprechaun, Notre Dame said it is “symbolic of the Fighting Irish and intentionally a caricature,” adding the English used the leprechaun as a disparaging symbol of Irish people. 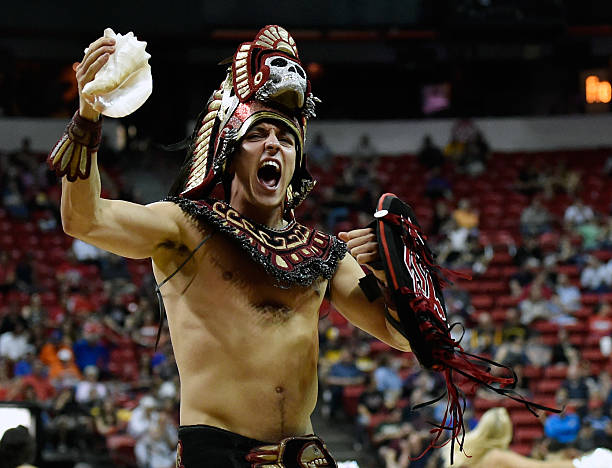 “Irish-Americans — including those at Notre Dame — again have turned back on former oppressors as a sign of celebration and triumph,” the university wrote in the statement. “In both the upraised fists of the leprechaun mascot and the use of the word ‘fighting,’ the intent is to recognize the determination of the Irish people and, symbolically, the university’s athletes.”