Orlando Magic power forward Jonathan Isaac recently told the press that he does not need to take the coronavirus vaccine because he already suffered a bout of the virus and now has natural immunity.

He also says that being “demeaned” and insulted for his views on the vaccine do not make him more likely to change his mind about getting the jab. The 2017 first-round draft pick said data shows that those with natural immunity have an even greater bulwark against the virus.

During the press availability, Isaac delivered a logical and reasoned explanation:

I’ve had COVID in the past, and so our understanding of antibodies, of natural immunity, has changed a great deal from the outset of the pandemic and it’s still evolving. I understand that the vaccine would help it if you catch COVID and you’ll be able to have less symptoms from contracting it. But with me having COVID in the past and having antibodies with my current age group and physical fitness level, it’s not necessarily a fear of mine. Taking the vaccine — like I said, it would decrease my chances of having a severe reaction — but it does open me up to the, albeit rare chance, but the possibility of having an adverse reaction to the vaccine itself. I don’t believe that being unvaccinated means infected or being vaccinated means being uninfected. You can still catch COVID with or without having the vaccine. I would say, honestly, the craziness of it all in terms of not being able to say that it should be everybody’s fair choice without being demeaned or talked crazy to doesn’t make one comfortable to what said person is telling them to do. Yeah, I would say that’s a couple of the reasons that I would say I’m hesitant at this time. But at the end of the day, I don’t feel that it is, or anyone’s reason to come out and say well this is why, or this is not why. It should just be their decision and loving your neighbor is not just loving those that agree with you or look like you or move in the same way that you do, it’s loving those who don’t.

Orlando Magic’s Jonathan Isaac says he isn’t getting the covid vaccine because he has natural immunity and data shows he isn’t at risk at all from covid. Well said: pic.twitter.com/AJmvlNRyff

Isaac has angered the left before, of course. When the NBA was playing in the “bubble” during the 2020 season, he was the only NBA player to stand for the playing of the national anthem while all the other players, coaches, and staffers took a knee in protest against the country. 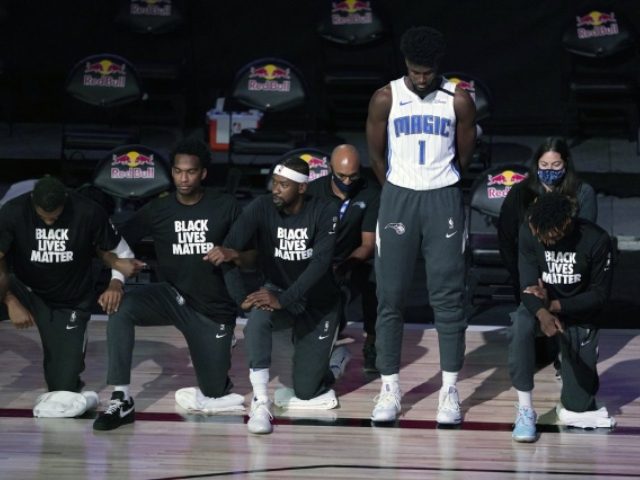 The Magic open the regular season on October 20th at San Antonio.
Follow Warner Todd Huston on Facebook at: facebook.com/Warner.Todd.Huston.