NASCAR driver Bubba Wallace – who is black – jumped to Twitter immediately after Kyle Rittenhouse was pronounced “not guilty” on all counts to insist that he would have received a life sentence if the teen were black.

Minutes after a jury in Kenosha, Wisconsin, announced its verdict clearing Rittenhouse of every charge lodged against him, Wallace pronounced the verdict “sad” and hinted that it was a result of racism.

“Ha, let the boy be black and it would’ve been life…hell he would’ve had his life taken before the bullshit trial… sad,” Wallace tweeted.

Wallace obviously takes the BLM line for granted that our system of justice is rigged against blacks. But his tweet completely ignores the recent black teen who brought a gun to school, shot three people, and was released right away. 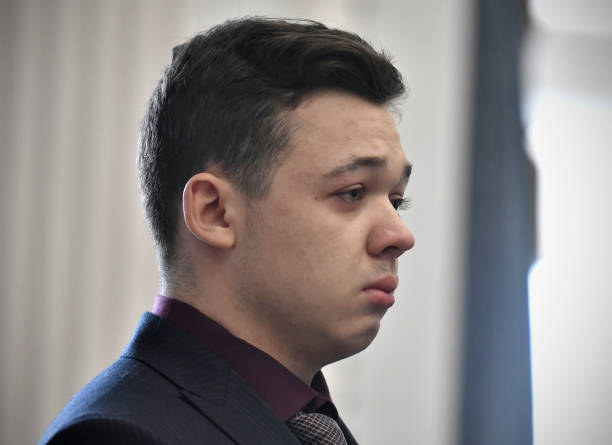 KENOSHA, WISCONSIN – NOVEMBER 19: Kyle Rittenhouse reacts as he is found not guilty on all counts at the Kenosha County Courthouse on November 19, 2021 in Kenosha, Wisconsin. Rittenhouse was found not guilty of all charges in the shooting of three demonstrators, killing two of them, during a night of unrest that erupted in Kenosha after a police officer shot Jacob Blake seven times in the back while being arrested in August 2020. Rittenhouse, from Antioch, Illinois, claimed self-defense who at the time of the shooting was armed with an assault rifle. (Photo by Sean Krajacic – Pool/Getty Images)

On October 6, high schooler Timothy Simpkins entered Timberview High School in the Mansfield Independent School District in Arlington, Texas. He got into an argument with another student, pulled out a pistol, and shot three people. The teenager was arrested, then quickly allowed to go free on bail. If Wallace were correct in his assumptions of the U.S. judicial system, Simpkins would never have been released like that.