A review of the NFL’s “Inspire Change” program reveals that the league is giving hundreds of thousands to groups that promote the defund the police movement.

Some of the millions that the NFL is throwing at social justice efforts include funding for groups such as the Vera Institute of Justice, the Oregon Justice Resource Center, and the Community Justice Exchange. According to a recent investigation into these groups published by Fox News, all three of these groups are heavy supporters of the defund the police movement.

The NFL gave $300,000 to the Oregon Justice Resource Center alone. While the league has not disclosed funding allocated to the other two groups, it is likely the other two have taken in similar amounts. 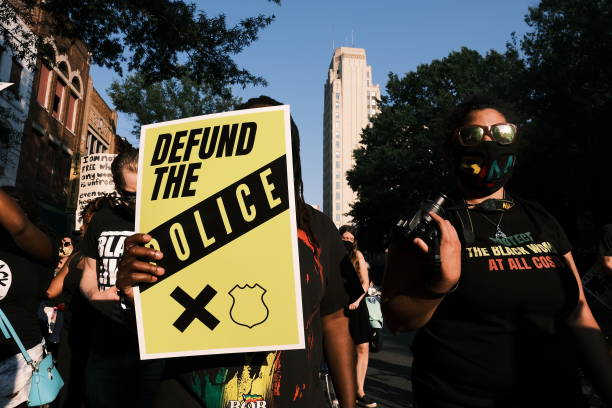 RICHMOND, VA – JULY 03: A protester carries a sign that reads “Defund The Police” during the Black Women Matter “Say Her Name” march on July 3, 2020 in Richmond, Virginia. Protests continue around the country after the death of African Americans while in police custody. (Photo by Eze Amos/Getty Images)

The Community Justice Exchange, for instance, has openly supported and helped further efforts to end police departments entirely. The groups have also pushed an end to prisons and enforcement of U.S. immigration laws.

“The Community Justice Exchange is working towards a world without prisons, policing, prosecution, surveillance, or any form of detention or supervision,” the group says on its webpage.

The Community Justice Exchange also helps fund the National Bail Fund Network, which supplies cash to people who have been arrested for helping them get out of prison on bail.

Meanwhile, the Vera Institute of Justice has also made statements about tearing down police departments.

“Vera is committed to dismantling the current culture of policing and working toward solutions that defund police and shift power to communities,” the group’s president, Nicholas Turner, wrote in June 2020, Fox said.

“Vera’s In Our Backyards initiative and its work to end the catastrophic rise of incarceration in small cities and rural counties, advance racial equity, and reinvest in supports and resources that build truly healthy and vibrant communities through policy advocacy, narrative-changing campaigns, and research in partnership with community members and system stakeholders,” the NFL recently said. 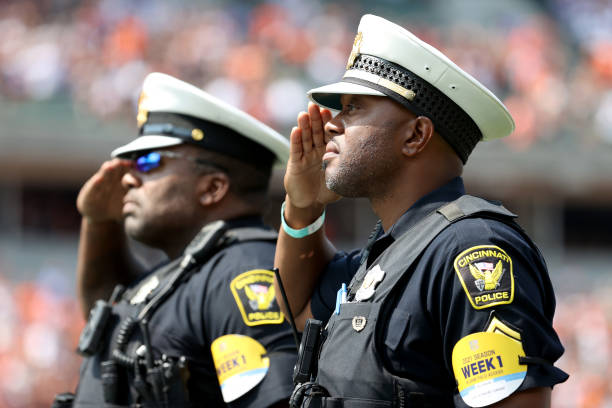 CINCINNATI, OHIO – SEPTEMBER 12: Police officers salute during the national anthem prior to the game between the Minnesota Vikings and the Cincinnati Bengals at Paul Brown Stadium on September 12, 2021 in Cincinnati, Ohio. (Photo by Andy Lyons/Getty Images)

The NFL has given millions in “Inspire Change” grants to 33 social justice groups, Fox noted.

“We stand by the work our grant partners have done and the lasting positive impact made in communities across the country,” the NFL said in a recent press release.