In what can only be described as a Disney moment, a U.S. Olympic speed skater relinquished her spot to a fellow teammate who slipped during trials.

On Friday, speed skater Erin Jackson, who currently ranks number one in the world for the 500 meters, slipped during the U.S Speed Skating Trials in Milwaukee. Jackson ended up finishing third place, failing to secure a qualifying spot. However, that all changed when her teammate, Brittany Bowe, gave up her spot in the 500 meters so Jackson could compete.

“Before we left the building on Friday night, I had to give Erin a hug and told her that… if it came down to me, she could have my spot because she earned it,” Brittany Bowe told NBC Sports.

“She’s ranked number one in the world and no one is more deserving than her to get an opportunity to bring Team U.S.A home a medal, and after that unfortunate slip I knew in my mind before that night was even over that if it had to come down to a decision of mine, she could have my place,” Brittany added.

Proud is an understatement. 💕

Brittany Bowe will still compete in the Beijing Olympics, having secured a qualifying spot in the 1000m and 1500m distances.

Jackson expressed deep gratitude for being given the opportunity to compete. 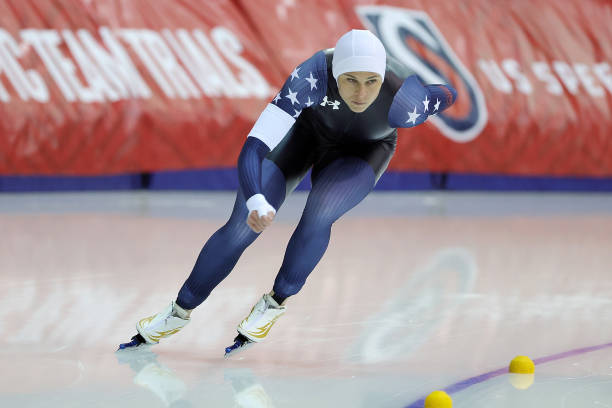 “It’s hard to really put it into words, I’m beyond grateful and humbled and I’m happy. I’ve grown up with Britney, I’ve known her almost my whole life,” Jackson told NBC Sports.

In a tweet on Monday, Jackson hailed Brittany as an “amazing friend” whom she looks forward to cheering for in the 1000m and 1500m events.

2/4 She's an amazing friend, teammate, and mentor and this is an act I'll never forget. You can bet I'll be the loudest voice in the oval cheering for her in the 1000 and 1500 next month.

Proud is an understatement. 💕