As a world leader in medals in the Olympic Games, it is clear that China’s athletes are far from the amateurs. However, according to those who have been through the Chinese system, the nation’s child athletes suffer horrific treatment as they are groomed for Olympic gold.

Unlike most other countries, the Chinese Communist Party carefully grooms its athletes, even in childhood, to be top competitors. In contrast, other countries only begin eyeing athletes as they rise through competition.

Indeed, China operates a massive, government-supported athletic program that combs its nation of 1.4 billion citizens to find the best candidates for its athletic programs.

But the operations are not without controversy as many of the children ushered into these programs are raised in a brutal environment of strict controls, including DNA testing, humiliating treatment, beatings, and a lack of freedom for the athletes. 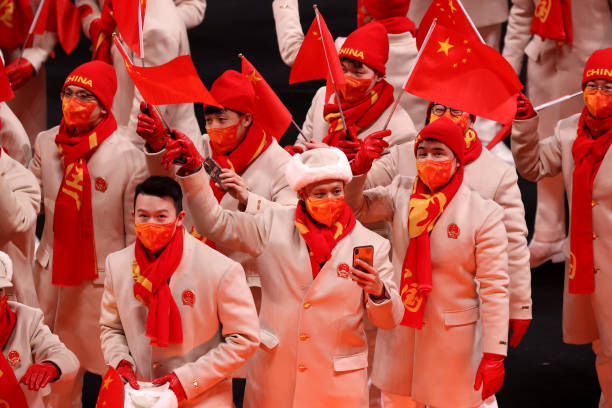 BEIJING, CHINA – FEBRUARY 04: Members of Team China are seen during the Opening Ceremony of the Beijing 2022 Winter Olympics at the Beijing National Stadium on February 04, 2022, in Beijing, China. (Photo by Alex Pantling/Getty Images)

The young athletes who find themselves in China’s Olympics mills are expected to hand over all thoughts of personal freedom to the state as they train.

The Communists begin by instituting invasive DNA testing of children across the country to find the best pool of candidates for athletic programs. Then, instead of waiting for children to exhibit an interest in sports, the Chinese government uses DNA results to impose athletic training on children.

The kids are then removed from their families and placed in wide-ranging training camps to develop their talents.

While on the facilities, though, children are treated as assets instead of kids. 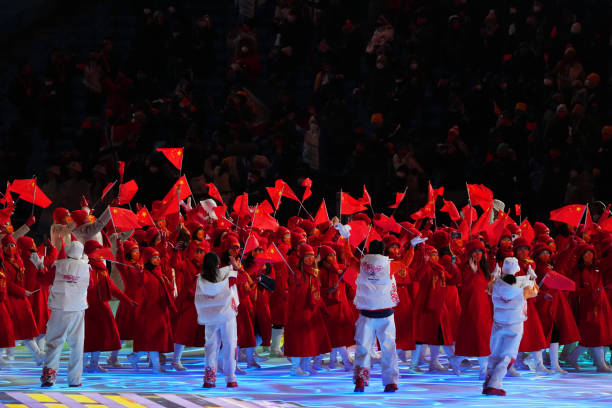 BEIJING, CHINA – FEBRUARY 04: Members of Team China are seen during the Opening Ceremony of the Beijing 2022 Winter Olympics at the Beijing National Stadium on February 04, 2022, in Beijing, China. (Photo by Carl Court/Getty Images)

Yu told the paper that ridicule and mental abuse were standard tools used to force kids to toe the line. Yu added that athletes are verbally attacked as “lazy,” “stupid,” “retarded”, “useless,” and “fat” if they don’t measure up.

She also alleged that beatings are common.

“On especially bad days, I would get hit more than 10 times in a row until my skin was raw,” she said.

“When I was 14 and going through puberty, I started to struggle with my jumps because I was gaining weight. I was called over and kicked on the bone of my shin with a toe-pick of a blade and made to try again. I wasn’t allowed to limp or cry.”

Yu went on to add that athletes were beaten in from of their peers and often forced to continue training even if injured.

Another athlete, diving coach Johannah Doecke, added, “You wonder why the Chinese women are so successful? Most of the men are coaches. The women are literally beaten into submission. If you said no to anything, you would be chastised, slapped around. It’s a brutal system.”

Doecke was even told that if she wanted Chinese athletes to perform for her, she would “have to beat them.”

Often, children are physically damaged by being forced into intense physical training at young ages, the Post added.

But Chinese authorities insist that athletic success is akin to Chinese patriotism. “In China, training a physical body and competing on a global stage like the Olympic Games is equivalent to defending the nation,” China expert Layne Vandenberg told the paper.