Cleveland Browns QB Deshaun Watson admitted in a pre-trial deposition last week to sending a text to a massage therapist after she cried at the end of one of their sessions.

According to a transcript of the deposition, Watson admitted sending the conciliatory text but said that he did not know what moved the therapist to tears.

“Sorry about you feeling uncomfortable,” Watson wrote according to the transcript. “Never were the intentions. Lmk if you want to work in the future. My apologies.” 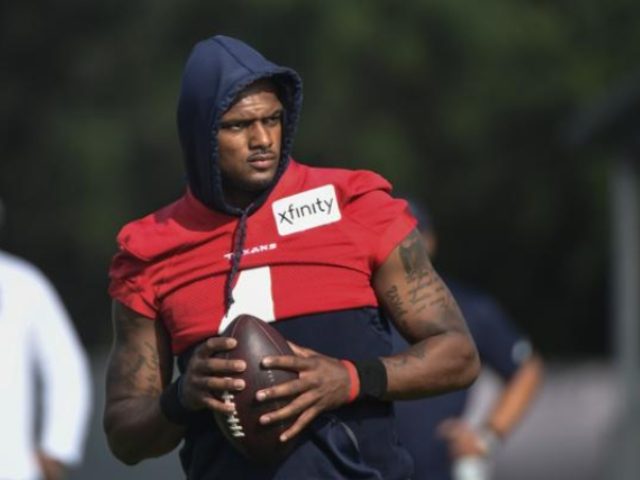 As reported by USA Today, the deposition was in regards to the case brought against Watson by massage therapist Ashley Solis. Solis was the first therapist to bring charges against Watson. However, 21 additional therapists have also filed civil suits against the quarterback.

According to the transcript, Solis did not reply to Watson’s text.

Solis’ attorney, Tony Buzbee, pressed Watson on his reasoning for sending the text.

Watson asked, “But you know why you sent that text apology afterwards?”

Watson has so far escaped discipline from the courts. The quarterback has steadfastly denied any allegations of wrongdoing in relation to the nearly two dozen civil suits brought against him. In March, grand juries declined to indict him on criminal charges.

However, the burden of proof for the NFL is far lower. The league has not meted out any discipline to Watson while the case has made its way through the courts. However, with Watson’s arrival in Cleveland and NFL the season fast approaching, the league will likely have to choose between suspending Watson, putting him on the Commissioner’s Exempt list (a provision that allows a player to still be paid but not participate in team activities), or publicly stating a reason why they will not take any of those actions.

Watson is due to meet with NFL officials in Texas next week.