Since Sweden reinstated universal national military service, three people have been sent to prison for attempting to shirk from their assigned duty. 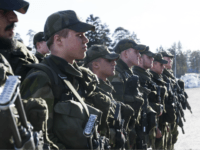 U.S. Taxpayers May Foot the Bill for Awarding Deserter Bergdahl $300K in Back Payments

The U.S. Army may award up to $300,000 in American taxpayer funded-back payments for the time Bowe Bergdahl spent in Taliban captivity after he deserted his Afghanistan-based post in 2009 and prompted some of his colleagues to face death and injury while they searched for him. 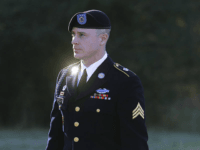 The U.S. Army is mulling over whether to give Pvt. Bowe Bergdahl $300,000 worth of back pay and other benefits that he accrued while in captivity with the Taliban.

The wife of a wounded soldier is expected to provide testimony against Army Sgt. Bowe Bergdahl at his sentencing hearing in Fort Bragg, North Carolina, on Monday.

U.S. Army Sgt. Bowe Bergdahl, who pleaded guilty to desertion charges this month, complained that the Taliban treated him better than the U.S. 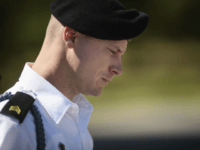 Bowe Bergdahl to Plead Guilty to Desertion, Misbehavior Before the Enemy to Avoid Trial

U.S. Army Sgt. Bowe Bergdahl is expected to plead guilty this month to desertion and misbehavior before the enemy after being exchanged by the previous administration for five high-risk Taliban commanders in 2014. 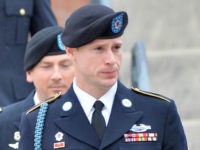 Sgt. Bowe Bergdahl’s attorneys presented a motion to a military judge Monday morning arguing that President Trump’s comments about Bergdahl on the campaign trail have violated his due process rights. 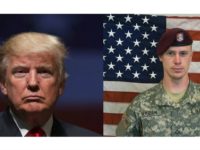 Sgt. Bowe Bergdahl, who is accused of deserting his Army outpost and was taken prisoner by the Taliban for five years before being freed in exchange for five Taliban prisoners, has requested a pardon from President Obama. 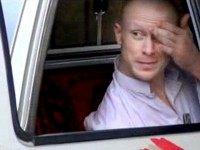 Islamic State Executes Its Own Finance Minister in Mosul for ‘Treachery’

According to a report by the Kurdish news agency Rudaw, the Islamic State executed at least 24 people in its Iraqi stronghold of Mosul on Monday, including its own finance minister. 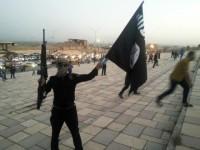 The U.S. Army Court of Criminal Appeals postponed legal proceedings in the desertion case against Army Sgt. Bowe Bergdahl over defense access to 300,000 pages of classified documents held by the government. 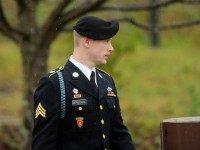 U.S. Army Sergeant Bowe Bergdahl, who deserted his post in Afghanistan, has been referred for a trial by general court-martial, the Army announced Monday. 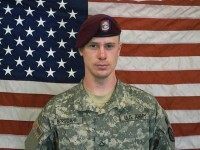 Trump: Sgt. Bergdahl Would’ve Been Shot ’30 Years Ago’ For Being a ‘No Good Traitor’

U.S. Army Sgt. Bowe Bergdahl, accused of deserting his post in Afghanistan back in 2009, would have been executed in the past for being a “no-good traitor,” says Republican presidential front-runner Donald Trump. 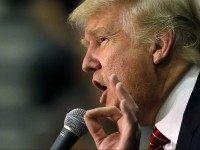 Investigator On Bergdahl: ‘I Do Not Believe There Is A Jail Sentence At The End’

Maj. Gen. Kenneth Dahl, who led the investigation into Sgt. Bowe Bergdahl’s disappearance from his post in Afghanistan in 2009, says he does not think the accused deserter will go to jail, adding that a prison sentence would be “inappropriate.” 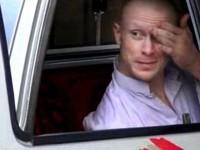 A former Navy SEAL who has undergone 18 surgeries to repair the shattered femur he suffered from an AK-47 round when he tried to rescue deserter Bowe Bergdahl wants Bergdahl “held accountable” for the Americans he put at risk. 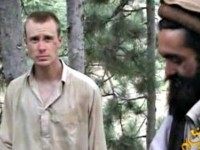 Accused military deserter Bowe Bergdahl was caught in the middle of Mendocino County law enforcement raid Tuesday morning on a marijuana farm allegedly operated by old friends of the soldier, who remains on active duty while awaiting court martial on desertion charges, and was on approved leave during his visit to the farm. 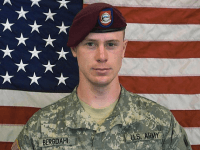 The five senior Taliban Commanders released from Guantanamo (GITMO) in exchange for the return of Army Sgt. Bowe Bergdahl are set to be freed from their “luxurious” confinement in Qatar effective June 1. These five hard-core terrorists are Mullah Norullah Noori, Abdul Haq Wasiq, Mullah Mohammad Fazl, Khairullah Khairkhwa and Mohammend Nabi Omari. They were classified as some of the most dangerous Taliban commanders held at GITMO, according to Thomas Joscelyn of The Long War Journal.

The Obama White House has resolutely insisted Bergdahl was a model soldier whose rescue from Taliban captivity was their top priority, and the entire Democrat Party joined the chorus. A contrary report showing evidence of premeditation and/or mental instability would mark Obama and his staff as incompetent at best, for somehow not being aware of the information, and deeply dishonest at worst. 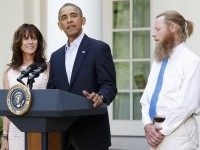 Attorneys for U.S. Army Sergeant Bowe Bergdahl released statement and a thirteen page letter that fails to offer any explanation as to why the soldier left his base in a combat zone. The letter offers many arguments as to why he should be charged with the lessor offense of being on an unauthorized absence (UA) but nothing about his motivations for leaving.

In Context of Desertion Charges, Bergdahl Swap Was a ‘High Crime’

The news that Army Sgt. Bowe Bergdahl is to be tried for desertion casts the 2014 prisoner swap in a new light. President Barack Obama traded five senior Taliban leaders, who had been imprisoned at Guantánamo Bay, for Bergdahl–and did so without giving Congress 30 days’ advance notice. In doing so, the Obama administration broke the law, according to a report by the U.S. Government Accountability Office. That violation was not just a crime, but also, in context, a high crime.

Bowe Bergdahl, a U.S. soldier who has long been suspected of abandoning his Afghanistan outpost in 2009, has been charged with desertion, Bergdahl’s attorney has told the media.

By Tuesday afternoon, one thing was absolutely certain about the legal status of Bowe Bergdahl: he either will, or will not, be charged with desertion.