You’ve probably heard of Bahar Mustafa, the diversity and welfare officer at Goldsmiths University in London. She shot into the limelight after tweeting in support of #KillAllWhiteMen and banning white males from a conference on – ironically – diversity.

Schadenfreude always catches up, and Mustafa last week resigned from her post – on International Men’s Day, no less – after allegations of harassment and bullying from colleagues.

But Mustafa is not alone. Social justice warriors are deeply embedded in the hierarchy and structures of the British university system. As a public service, I’ve combed through the track record of women’s officers in some of the top universities around the country, so that you don’t have to. Thank me later. 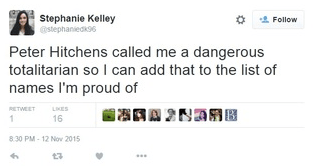 Stephanie Kelley is the WO for Oxford. Oxford University is famous for holding debates with the Oxford Union on topics of all variants, with no real restrictions on who can talk – what other modern day university would dare to host Tommy Robinson, the former leader of the EDL?

However, Ms Kelley clearly isn’t a fan of the right to free expression. I can’t think of a single sane person who would be proud to be called a totalitarian. In fact, I think even some dictators would like to think of themselves as representing their people and nation. But then again, she seems to think that being white and male “shows your privilege” when discussing free speech. 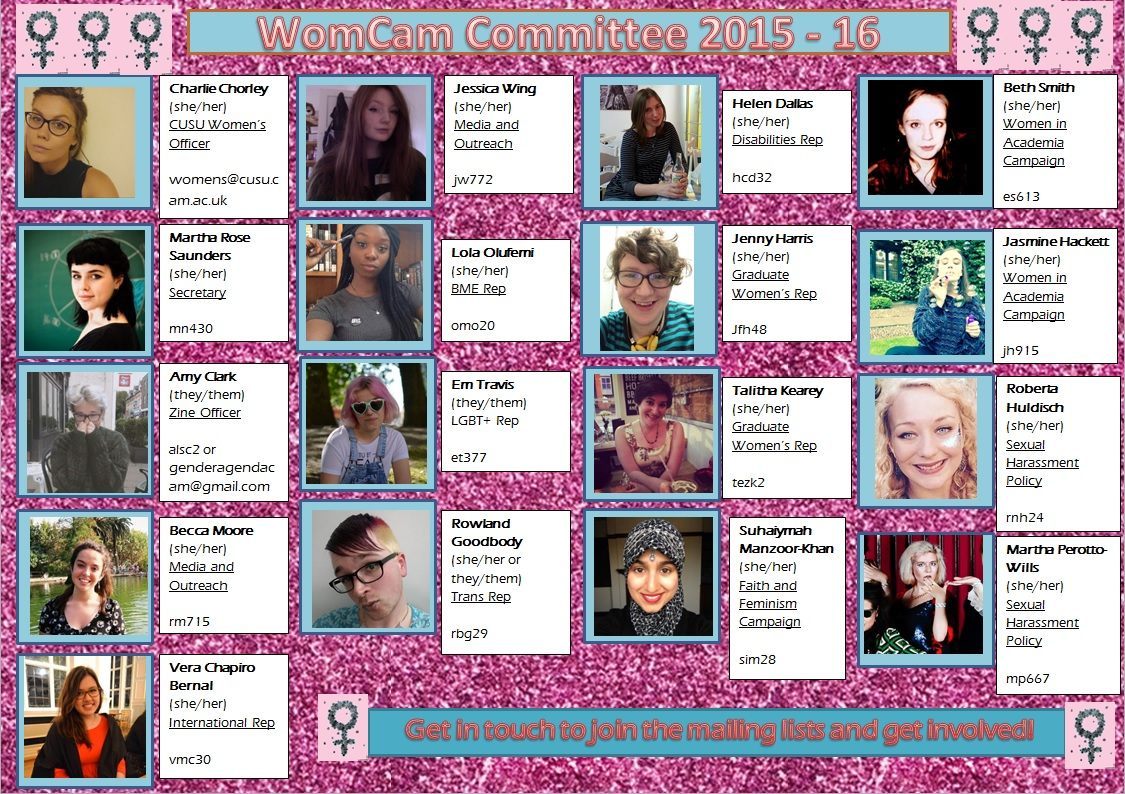 Charlotte Chorley, the WO for Cambridge, is little better. In an interview with The Tab after her appointment, she stated that men should be “standing behind” women, and “giving their space to people who really need it”.

That’s a fair comment, of course, given the amount of space your average feminist requires. The rest of the women’s council at Cambridge also have to list their preferred pronouns on this rather lovely display. (See above.) I wonder what would happen if a “self-identifying woman” who used male pronouns tried to join… 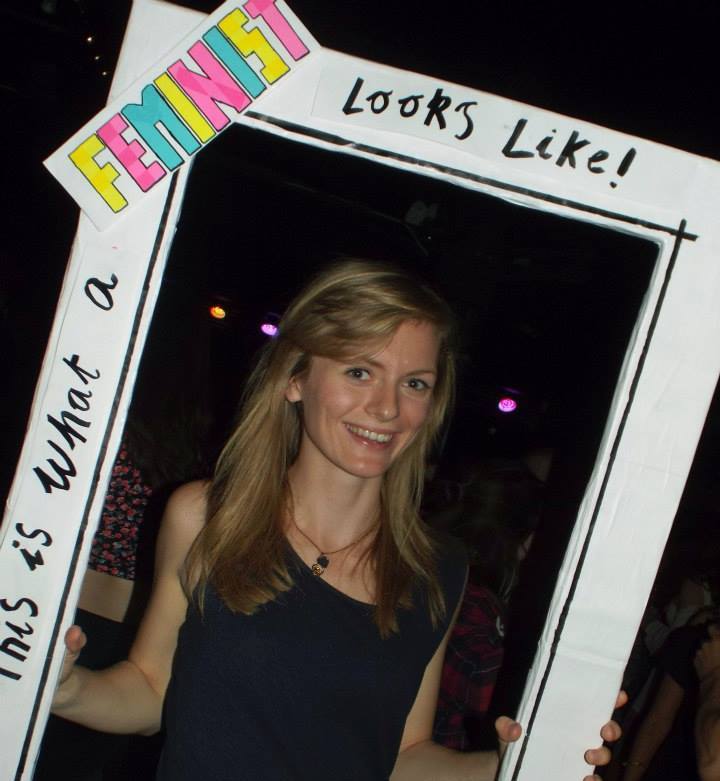 Josie Throup is the WO at my university, Warwick, so I should probably be wary if I see her skulking towards me carrying an egg-box. Josie started the “I Heart Consent” classes on campus, which both I and another student, George Lawlor, objected to.

Ms Throup proceeded to publicly state that George “looked like a rapist.” Then, when the BBC made a documentary trying to explain the nuances of consent, she screamed and whined about how it was too “heteronormative” and that by giving a man who was falsely accused of rape a platform, the BBC were suggesting that the rate of rape to false accusations is 50/50. Sigh. 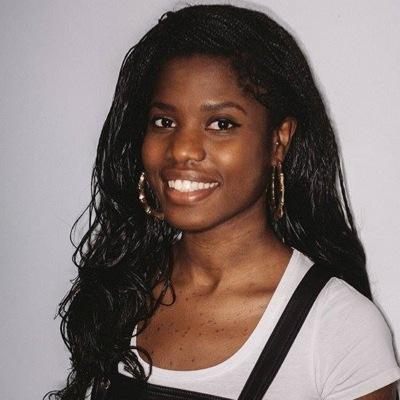 Susuana Amoah is the NUS officer for women, and so probably deserves a special mention. It must be hard when you’ve got a responsibility to keep raving-mad feminists up and down the country in check. I certainly couldn’t handle it.

The UN #HeForShe campaign, fronted by Emma Watson, did a bus tour across UK universities this year. The aim of this was to get men more involved in women’s issues and feminism, whilst masquerading that men would finally get a helping hand too.

Susuanna’s response? “It’s the patriarchy coming for us!” My favourite quote from her article was: “Does there need to be yet another women’s organisation prioritising men’s entitlement to space in women’s liberation yet again?” Comedy gold, truly. 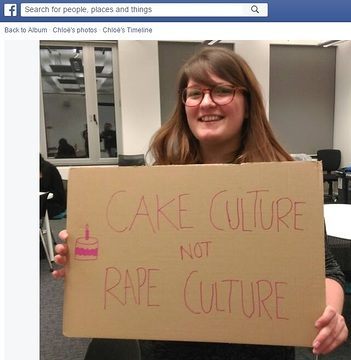 Speaking of comedy gold, Chloe Maughan of Bristol University posted this photo of herself on Facebook the other day. Nope, me neither.

Lena Schofield from LSE carried on the long tradition of feminists worldwide. In a tweet from 2014, she described how the “liberation group” that is feminism shouldn’t include “oppressors, sexists [or] racists”, along with, you guessed it, MRAs.

I still find it hard to understand how a movement that primarily campaigns against male suicide and domestic violence towards men could be described as “oppressive”. Aren’t men who take their own lives or who are beaten up by their partners in most need of a so-called “liberation” movement? And haven’t we been told so many times that feminism fights for men’s rights too?

This leads us to a gloriously silly individual, Ananna Zaman, one of two women’s officers at the University of York, where a male student committed suicide on the very day that the university announced it would not mark International Men’s Day.

Zaman was one of the feminists on campus who signed an open letter urging the university to cancel its plans to host an event marking International Men’s Day, which would have included a discussion of male mental health and the male suicide epidemic.

But here’s the kicker: when she ran for her position, mental health was her headline pledge.

It seems that Zaman’s deep and abiding commitment to the mental health of her fellow students doesn’t extend to people she doesn’t like: that is, anyone straight, white or male. Or, heaven forfend, all three.

Zaman is also prone to extraordinary statements on social media. Her Twitter bio states that she gives “no bad vibes,” but that’s not the impression you get from looking at some of her posts, where she attacks “mediocre white males” for having it too easy. 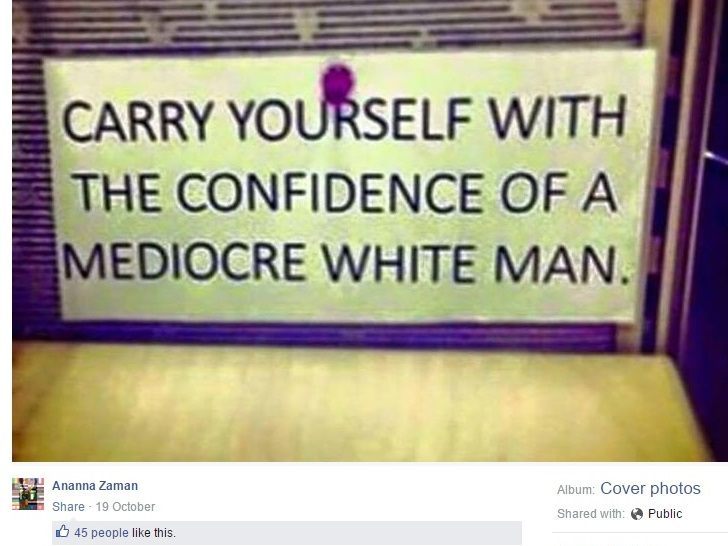 When a male student challenged her about this, she rejected accusations that the picture was racist and asked the student if he knew about “white privilege.”

Zaman has a curious preoccupation with the Third Reich. In one post, she says she would invite Hitler round for dinner. She also cracks jokes about Anne Frank.

Far be it for me to revisit tired clichés about the typical BMI of angry campus feminists, but observers will make up their own minds about why Ms. Zaman is so cross all the time. (She’s the one on the right, obviously.) 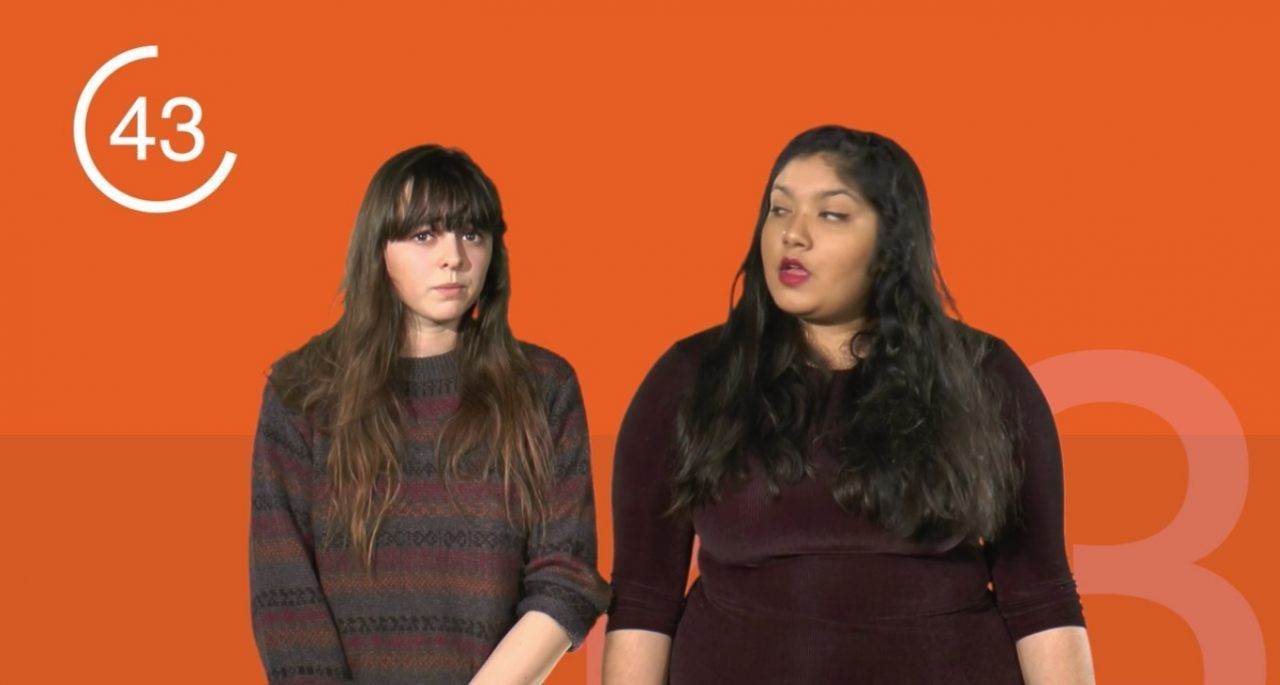 Not to “body shame” but there’s quite a difference between this and Zaman’s close-cropped profile pictures. I mean, if this were Tinder and she showed up in the bar, you’d ask for your money back wouldn’t you? Zaman is all about “body positivity,” according to other York students, despite apparently being ashamed of her own.

A campus feminist inconsistent, hypocritical and hectoring? Say it isn’t so.

Jack Hadfield is a British libertarian writer who spends too much time on Tumblr. You can follow him on Twitter here: @ToryBastard_