XCOM 2, the sequel to 2012’s XCOM: Enemy Unknown, can proudly stand beside both the old and new in the X-COM series — no small feat — but it also surpasses them with its brilliance.

The alien forces of ADVENT are relaying information through some sort of glowing obelisk, in the sanctuary of a hastily-abandoned church. We’ve dropped into the crumbling neighborhood under the cover of night, the four best that the human resistance had on hand.

Our ranger “Ghost” sweeps forward with an affirmative murmur, the eye-black face paint and camouflaged hood she wears evoking her namesake as she haunts the graveyard just to the east of the chapel. “Shakes,” our appropriately named surgeon, squawks confirmation into his headset as he moves to support her from a safe distance. “Knockout” James Meyer takes a typically blunt approach — the demolitionist barrels toward one of the stained-glass windows on the side of the building and unceremoniously fires a grenade straight through.

The window shatters inward. The hoarse thud of the detonation shakes the chamber, and the alien relay is left shaken, sparking, and damaged. Two of its unfortunate guardians lie in a heap amidst the splinters of what used to be a row of pews, but the last one scrambles for cover behind the podium. He starts to snarl and point an accusatory finger toward Knockout, looking like nothing so much as the twisted parody of an apocalyptic evangelist. To his left, Ghost leaps through a shower of multicolored glass, dashing forward to bisect him with an elegant sweep of her blade.

It’s from this vantage that she can spy the full extent of Knockout’s damage to the church — the entire western wall is wide open, and fire is creeping along the edges. She can also see that there are no less than six more ADVENT troops waiting for us in what I can only assume is a rectory next door. One of them wields a glowing red weapon, a cross between a chainsaw and a cattle prod, and charges toward her with an echoing shriek.

That’s when “Showtime” makes her appearance. Situated atop a roof nearly a block away, she shoulders a tiger-striped rifle. Time slows, and she fires. The shock trooper charging Ghost instead rolls to a heap at her feet, quite dead. The remaining enemies duck into cover, and my squad does the same. 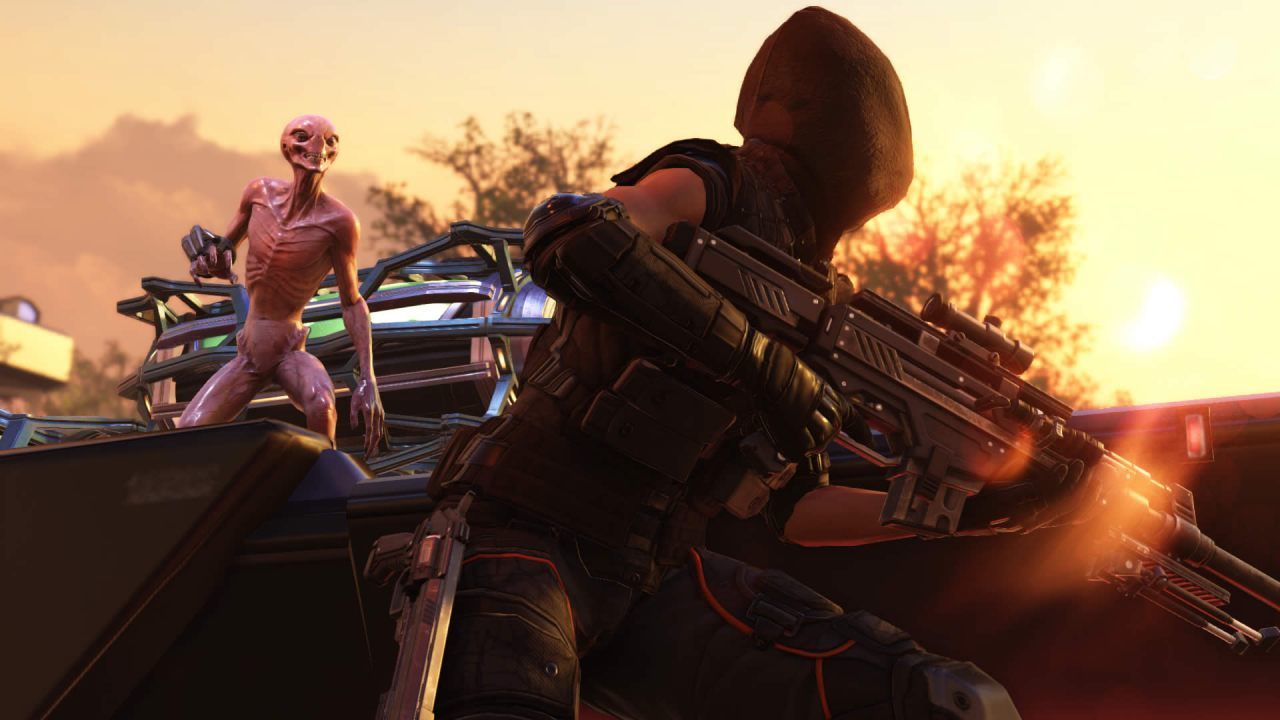 This isn’t a carefully orchestrated set-piece moment in XCOM 2; it’s a couple of turns in a routine sort of side event. It’s described exactly as it appears on screen. Even the nicknames of the soldiers have been chosen by the game itself, almost eerily appropriate to the roles and behaviors of each character. Perhaps that’s why I’m so attached to them already; they sprang fully-formed from the nebulous generation of the game’s procedural systems and then quickly evolved over the course of several missions. Already I’m more invested in their fates than I am in the entire cast of most games.

I’ve dubbed my squad the Devil Dogs, in honor of the only soldier to survive from the beginning until the very end of my campaign in XCOM: Enemy Unknown. He too was a cobbled together mass of random generation and personality, but he’d pale in comparison to the intricate characterization of his successors in XCOM 2. I’m not sure of the exact sum of customizations available to your troops, but it begins in the dozens and expands from there.

Walking simulators are all well and good for telling a story, but XCOM 2 shows the power of storytelling through gameplay. In this world I am the author, protagonist, and the reader as well. I am both the observer and and intrinsic part of this experience, despite the fact that I’m simply moving units across a tiled, turn-based battlefield. What’s more, so much of the experience is procedurally generated that no two campaigns play out the same way. Even reloading a mission can cause the AI to adopt vastly different strategies. You never know exactly what to expect, in the best way possible. 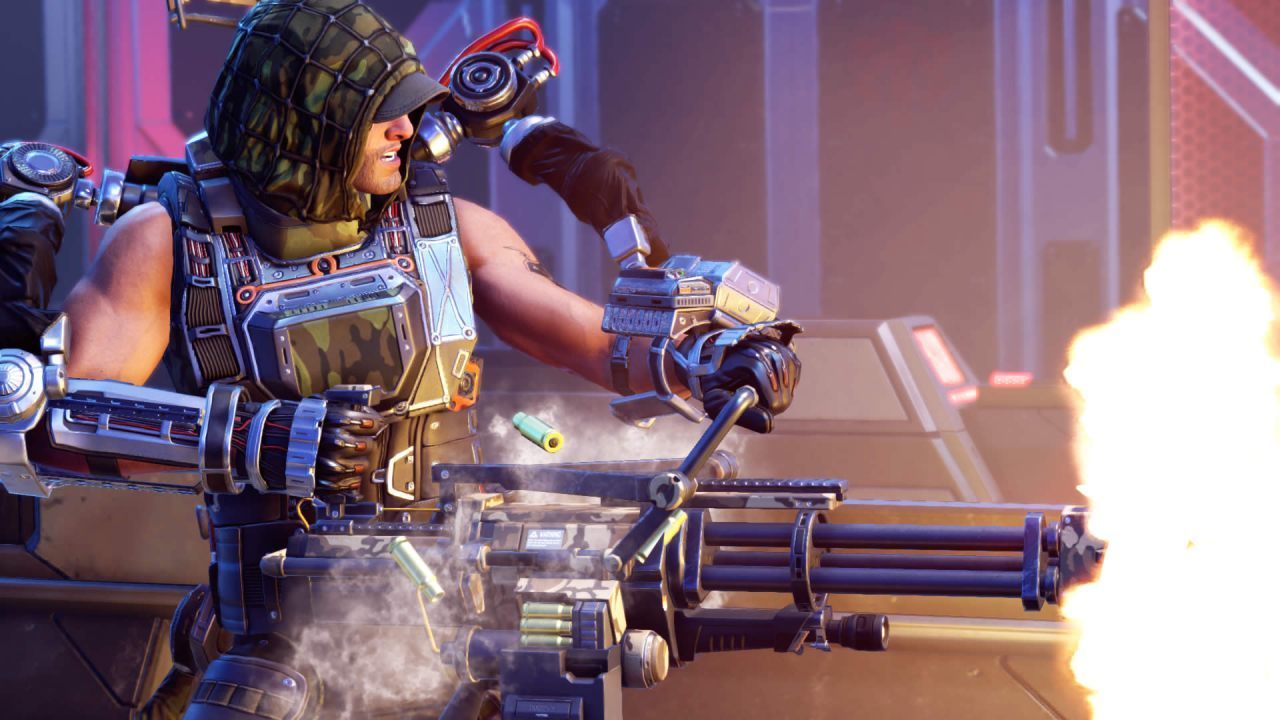 The mechanical skeleton of the game is much the same as its predecessor. Instead of digging out rooms to expand an underground base, you’ll clear debris from chambers on a ship co-opted from the alien menace that now controls the globe in order to upgrade your headquarters. You’ll research both new and adapted alien technologies, upgrade and outfit your troops, and receive constant updates from the various heads of resistance staff. In a small bar just below the dropship hangar in the stern of the ship, there is a wall gradually filling with the portraits and epitaphs of fallen heroes.

XCOM 2‘s graphics don’t stand against the best of today’s releases, but they’ve traded cutting edge visuals for a level of organic personality that very few titles of any generation can achieve. They’re well above serviceable, though performance takes needless random dips that Firaxis are already hard at work investigating. It says something about the overall experience that the frame rate hiccups and sometimes over-long loading screens did absolutely nothing to diminish my enjoyment.

However the game looks, it plays out in a manner immediately familiar to series veterans. Combat, while enhanced and deepened by the introduction of several new features, is generally the same as Enemy Unknown. You’ll pump a victorious fist as many times as you’ll cringe at the fates of your soldiers, dictated in ways large and small by the infamous RNG. 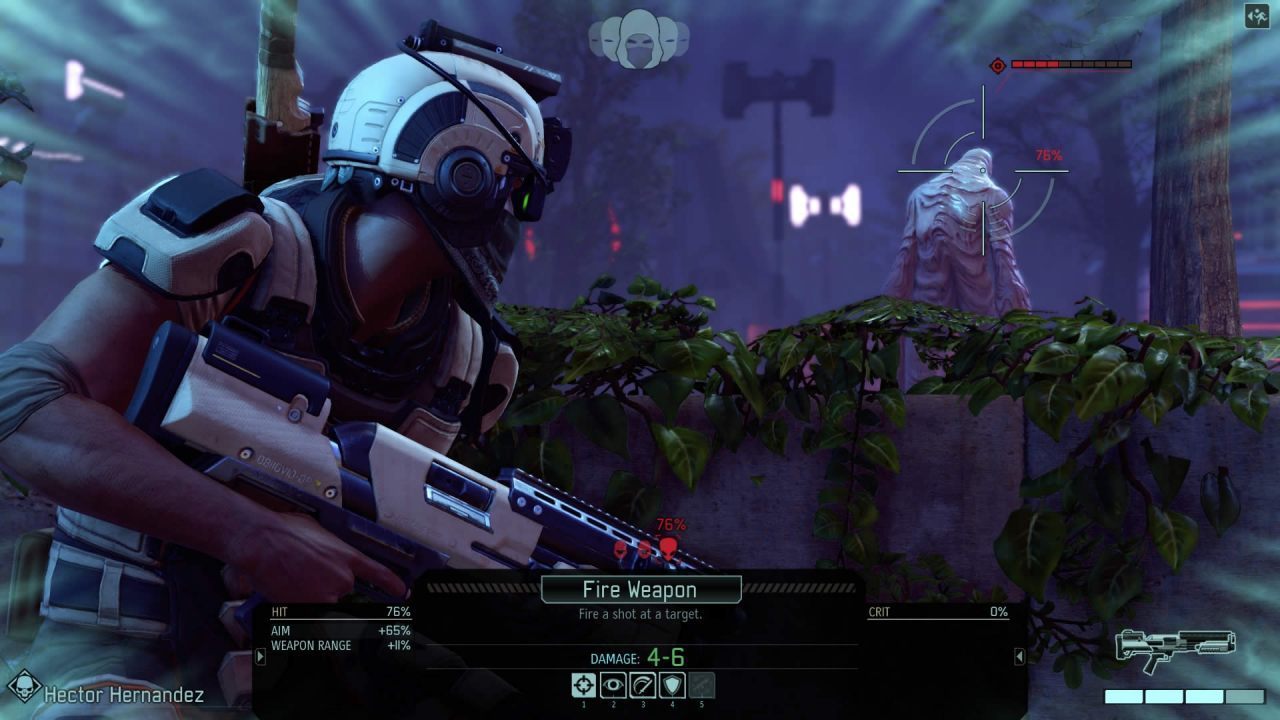 The introduction of stealth can mitigate this to some extent — it’s easy and fun to set up elaborate ambushes, in which one unit purposefully alerts the enemy with the lob of a grenade into the midst of their patrol, followed by a hail of gunfire from the squadmate’s hidden compatriots. A host of enemy variations blends almost every mission into a heady mix of terror and triumph. It’s rare that a turn-based experience can generate the bursts of adrenaline normally associated with the very best action games and movies, but XCOM 2 knows exactly how to play with your mind.

Should your soldiers prevail (read: survive), you’ll have even more choices to make. Each of the five classes comes with divergent skills that can very easily cause a couple of otherwise identical soldiers to operate entirely differently on the battlefield. Add that to the weapon and equipment modification, the elaborate character customization, and the very limited resources you can allocate to any of it, and you are all but forced to invest yourself in the life of each resistance fighter.

As you lumber across the globe in your flying fortress, you’ll make constant choices about priority. ADVENT will kill those hostages if you don’t reach them soon, but will you be able to save them without the supplies lurking just a little too far out of your way? The game’s clock never stops ticking, and every click is a hard choice that the game uses liberally both to reward and to punish your decisions as Commander.

The game is merciless at times on the default difficulty, and outright sadistic at any point above it. It’s an experience that will launch a million braggarts onto the internet, and for good reason. Even competing the game on Legend is an achievement that ranks among the most difficult gaming experiences available on any platform. I stuck with Veteran, though I wouldn’t fault anyone from dialing it down to Rookie. Do so, however, and you could potentially miss one of the highlights of the game — its inherent white-knuckled risk assessment. 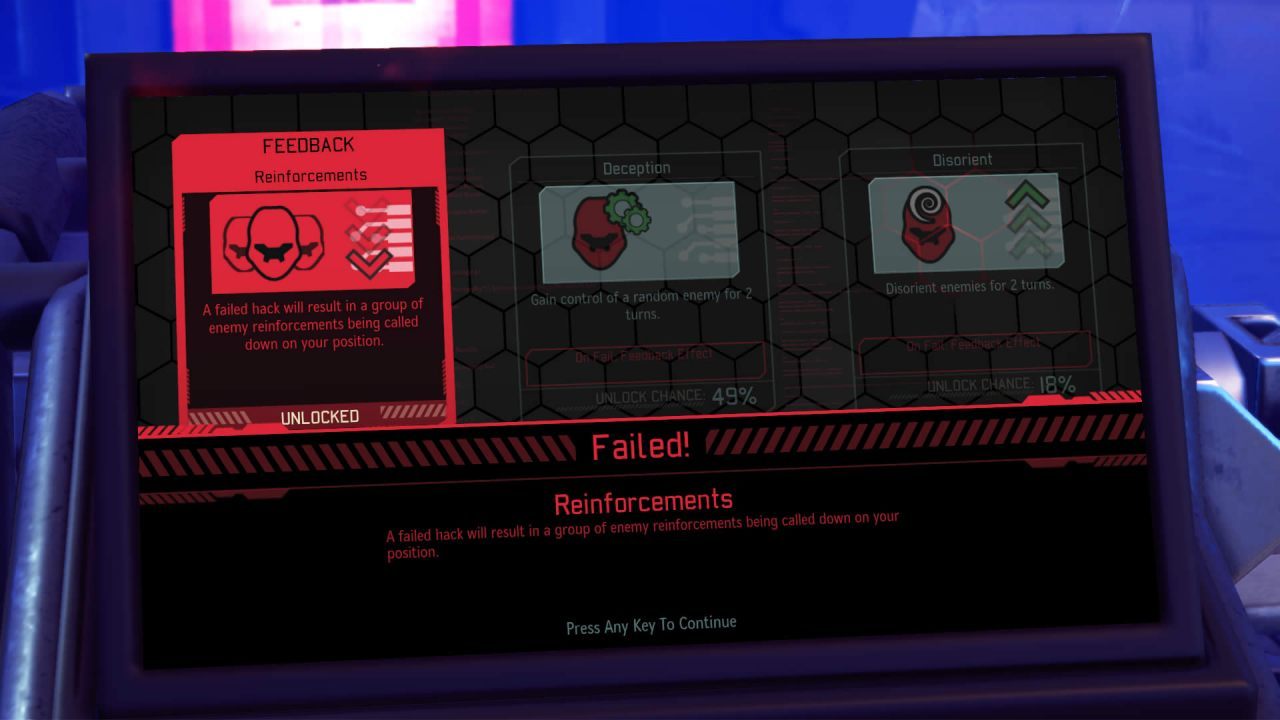 Like the best horror games, the most persistent feeling that XCOM 2 gives you is that you are never, ever safe. Whether it’s the doomsday clock working its way ever downward as you scramble to develop the resistance, or a clockwork mission that turns disastrous in a single turn, the developers at Firaxis have taken a dark sort of delight in punishing any misstep. It’s rare that a game so gleefully antagonistic can remain so engaging and fun.

It’s only February, but it’s hard to believe that XCOM 2 won’t stand fast as one of the best gaming experiences of the year. I wholeheartedly recommend it to anyone who enjoys a bit of suffering with their entertainment. Once it gets some of its technical inconsistencies under control, it will be as close to flawless as I’ve seen a game come in a long, long time.

By the time the Devil Dogs complete their extraction, the church is a ruin of broken beams and rubble. It consigns its final twisted parishioners to the earth, but I’m not thinking about poetic imagery at the time. Civilian resistance in Mexico is suffering a retaliatory strike because of our operation, and we have just enough time to reach them.