After commissioning a poll which showed 97% support for Republican candidate Donald Trump in the upcoming presidential election, BuzzFeed added an “update” to its findings to remind readers that the poll “does not reflect real people.”

The poll asked readers who they would be voting for in the election. Out of the 13 million people who responded, the results showed 97% for Trump, 1% for Hillary Clinton, 1% for other candidates, and 1% for people who hadn’t decided.

After seeing the results of the poll, BuzzFeed added an “update” to the poll, admonishing readers, “This poll no longer accurately reflects the opinions of real people. Please remember to vote in the upcoming election.” 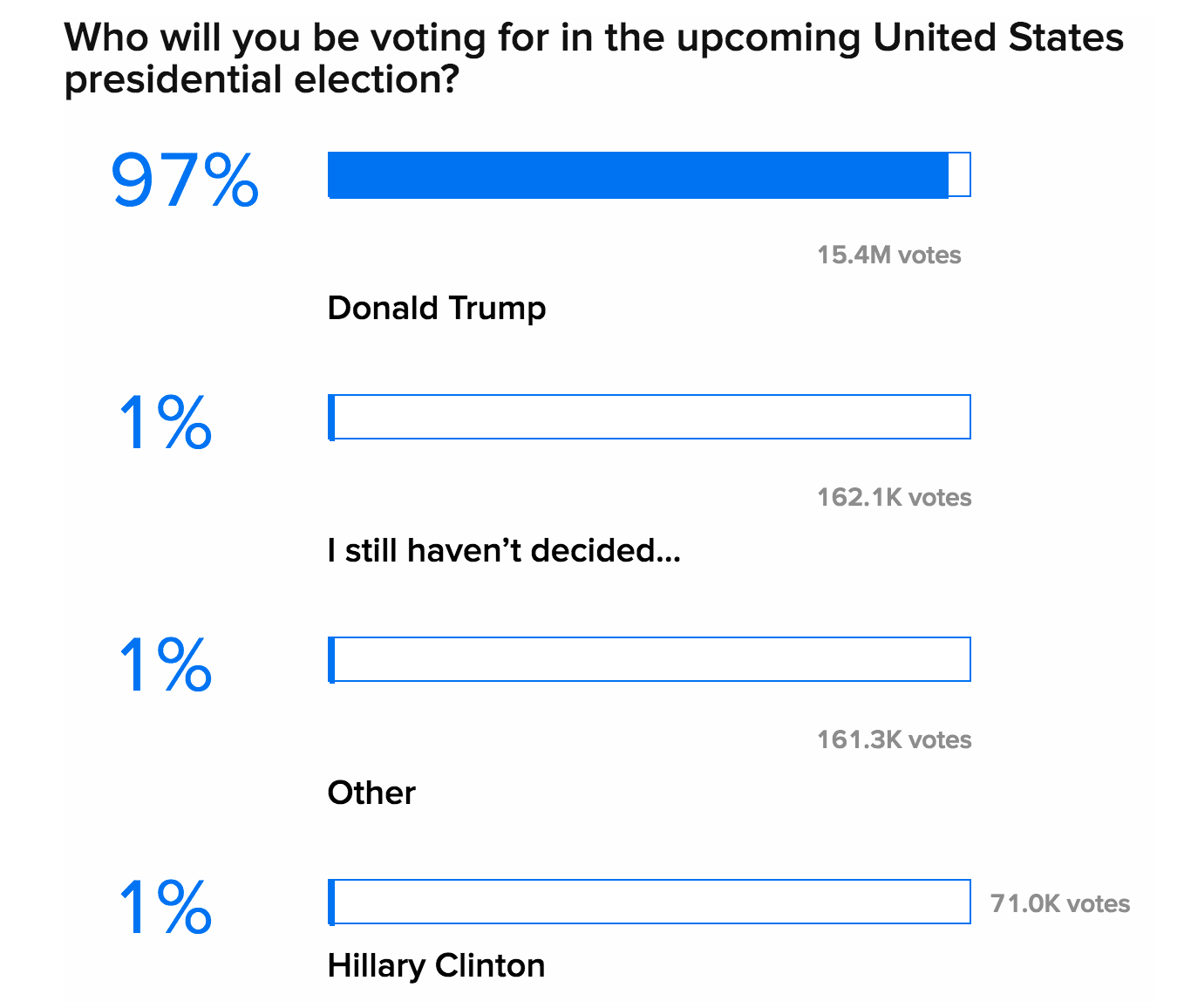 BuzzFeed is a vocal critic of Donald Trump and in June ended its advertising contract with the Republican party after Trump’s nomination, citing Trump’s proposed ban on Muslim immigration. CEO Jonah Peretti said the ban would “make it impossible for our employees to do their jobs.”