The Internet was already buzzing with silly memes about FBI Director James Comey announcing he was re-opening the bureau’s investigation into Hillary Clinton’s private email server — and it absolutely exploded once the New York Times reported that agents discovered new emails while investigating Anthony Weiner’s alleged sexting with a minor.

Here we have rounded up the best creations from jokesters around the Web.

Sorry, No Offense, but It’s True

First, we posted a few. We are proud of them but cannot rate them objectively — so we hope you share but Breitbart News Network will humbly refrain from declaring them the “best” of today’s output.

Live view of all the Serious Professional Journalists who knew so much better than the rubes chanting "Lock Her Up" pic.twitter.com/uBnKf5TRIw

Not Quit a Meme, but…

Lots of fans took a victory lap on the time Andrew Breitbart first tangled with Weiner in 2011 and decisively won. Before the then-Congressman came clean about his habitual sexting, his defenders tried to bury the story and smear this site’s late founder. Yet Breitbart soldiered on, vindicated himself, and the press called to the podium at a press conference before Weiner arrived.

The Best of the Rest

He was riffing on a different story before the FBI’s announcement, but Minecraft creator Markus “Notch” Persson’s goof on Hillary proved to be prophetic:

Per usual, Matt Drudge had some fun with his photo selection:

Not so fast, Hillary.

Another great meme from before today quickly blew up again — with a killer hashtag:

A popular Clinton parody account teased Democrats for their recent trend of blaming any new damaging information on Russia:

We have JUST received photographic evidence of Comey's intimacy with the Kremlin. Take this "re-opening" announcement with a grain of salt! pic.twitter.com/2FGiUmEpTu

And as long as we consider conspiracy theories, this one drips with irony:

Despite the many bankruptcies, it seems a Trump investment has finally paid off for him. pic.twitter.com/nv7z3GTmOn

Clinton’s silent, speedy schlep down from her plane to her van also got a good laugh:

An important insight (via u/getridofappleskitle on r/The_Donald): 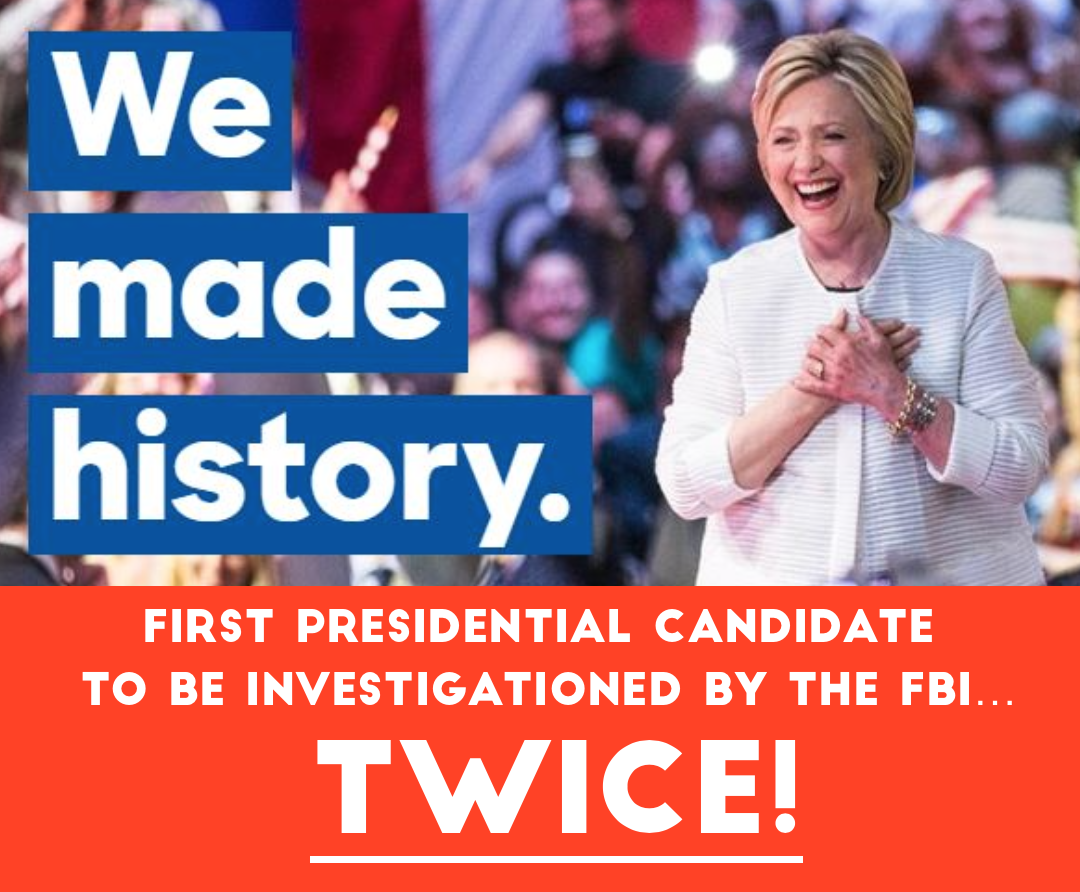 Of course no Hillary embarrassment escapes Pepe’s notice (via u/Mr_Glenn_Quagmire on r/The_Donald): 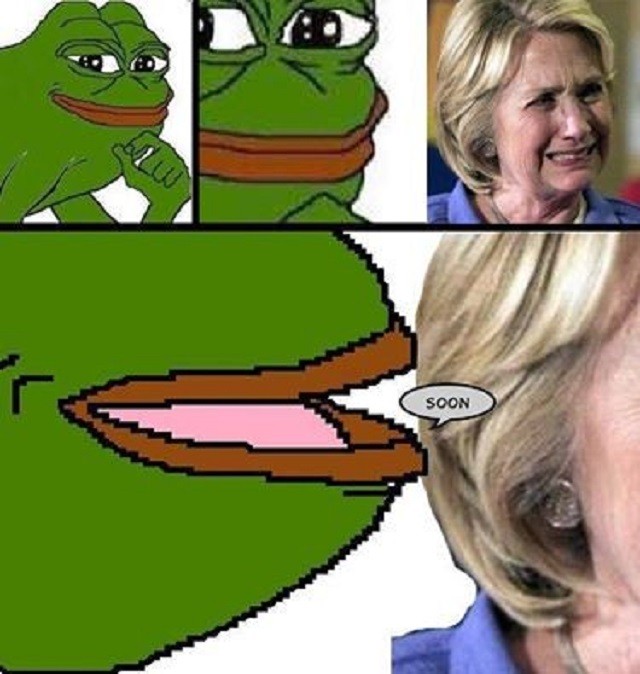 Which inevitably brings up tributes to Kek, the ancient Egyptian god of chaos (via Breitbart contributor Pizza Party Ben):

And it wouldn’t be an Anthony Weiner news cycle without a savage front page from the New York Post: