Dishonored 2 is a gorgeous, dense sequel to one of the best games I’ve ever had the pleasure of playing. Unfortunately, it lacks some of the original’s soul.

In the years that have passed since Corvo Attano scoured Dunwall to save a young Empress from the seething darkness within her Empire, Emily Kaldwin has become a woman. Yet despite her best efforts — as well as those of her father, the restored Royal Protector — her domain cannot shed the haunting shadows of its past. A desperate flight from the first game’s city of Dunwall to the new setting Karnaca exchanges rats for bloodflies and the dour streets of Dunwall for tropical heat and blood-soaked artistry run amok. 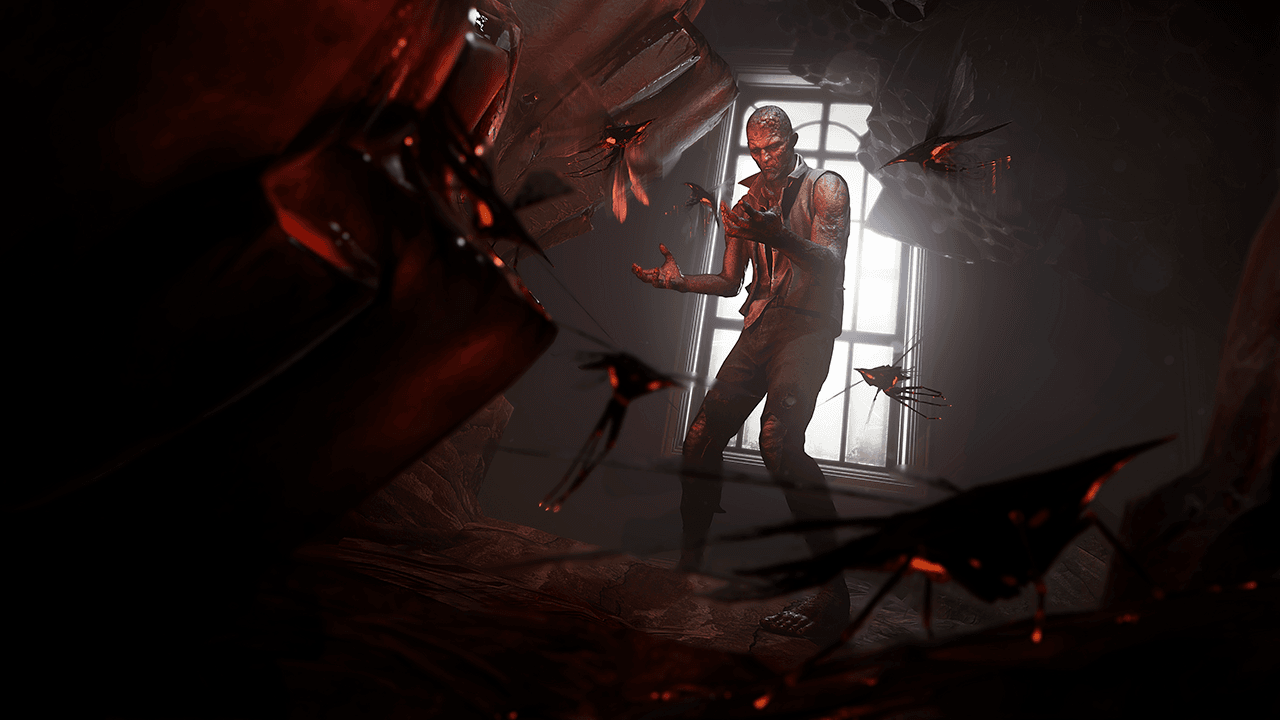 It is an utterly engrossing setting for a story, and in a perfect world it would have been employed in the creation of a story with all of the heartbreak and pathos that made its predecessor so uniquely affecting. But even from the rushed beginning, it is clear that Dishonored 2 has traded a piece of its soul for its newfound beauty.

I have no complaints about the mechanical aspects of Dishonored 2’s gameplay. Both Corvo and Emily are interesting and fun protagonists to control, though Emily’s voice actor and characterization steals the show. Because of that, and because Corvo plays essentially the same as he did in the first game, I chose the fugitive Empress for my inaugural playthrough.

Emily’s abilities are not so refined as her father’s, but far more insidious. Her connection to The Outsider is a creeping horror of dread fascinations and shadowy limbs. Among the abilities she wields are ways to control the minds of men and to stalk her prey as a creature made from twisted shadow. Others include altered versions of Corvo’s Essential Sight and Traversal, but distinguished enough to have their own distinct personality. 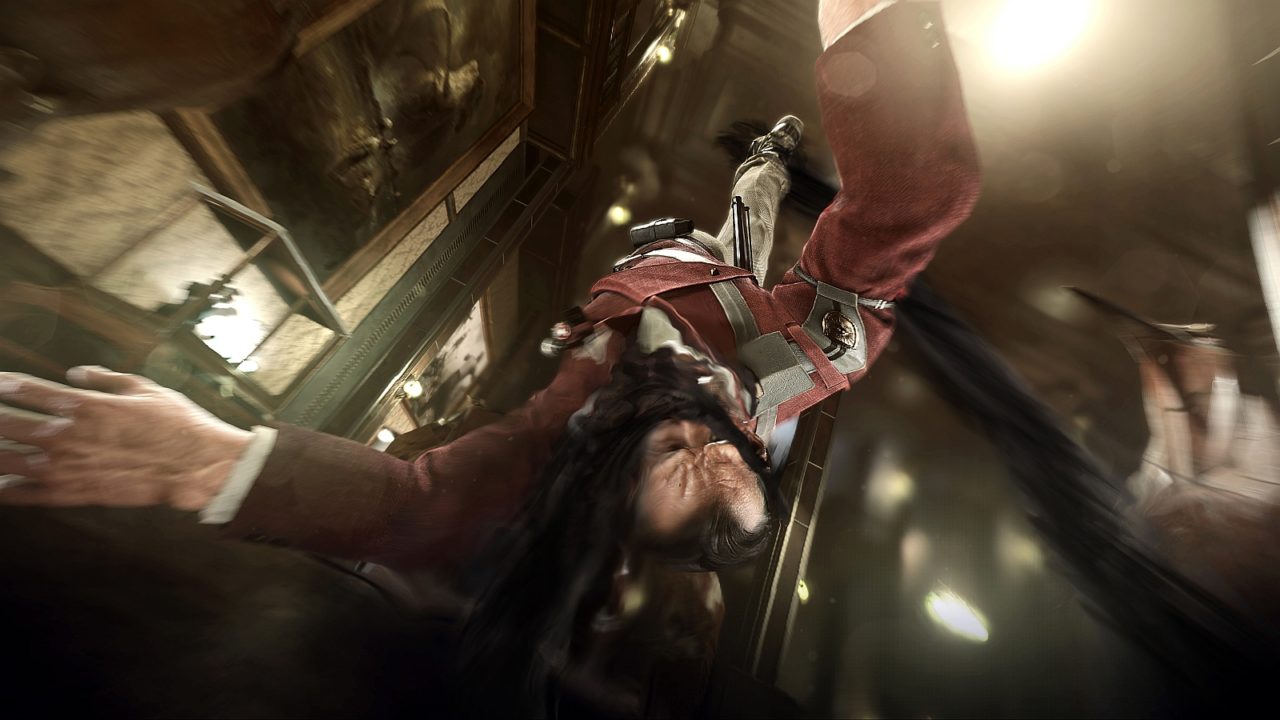 Like the original, Dishonored 2 is an absolute joy to play. There are never fewer than a dozen ways any given scenario might play out, depending on your navigation and manipulation of both the environment and the enemies within it. There are more ways than ever to do these things, with two protagonists’ worth of dark powers, and the addition of a bone charm crafting element to further customize your unique attributes.

Every one of the aforementioned environments is lavishly detailed and realized with a level of personality and artful style that continue to be the envy of the industry. Not since Thief II have I seen such joyous, lethal playgrounds. Developer Arkane Studios have attended the school of Looking Glass Studios, and graduated with honors.

If the sheer craftsmanship of its level design was the sole measure of the game’s value, there would be nothing more to say. But for all its ingenious wonders, Dishonored has only ever been half spectacle.

The core of Dishonored is a subtle, elusive thing. It’s in the twinge of pity you feel for the guards patrolling the shadowy streets below, most just trying to earn their pay in a savage jungle of plague and despair disguised as a civil society. It’s in the quiet sadness of a man accused of slaying the woman he loved, yet willing to bloody his hands to redeem her legacy. It’s the look of despair on the faces of innocents wandering toward their inevitable doom. 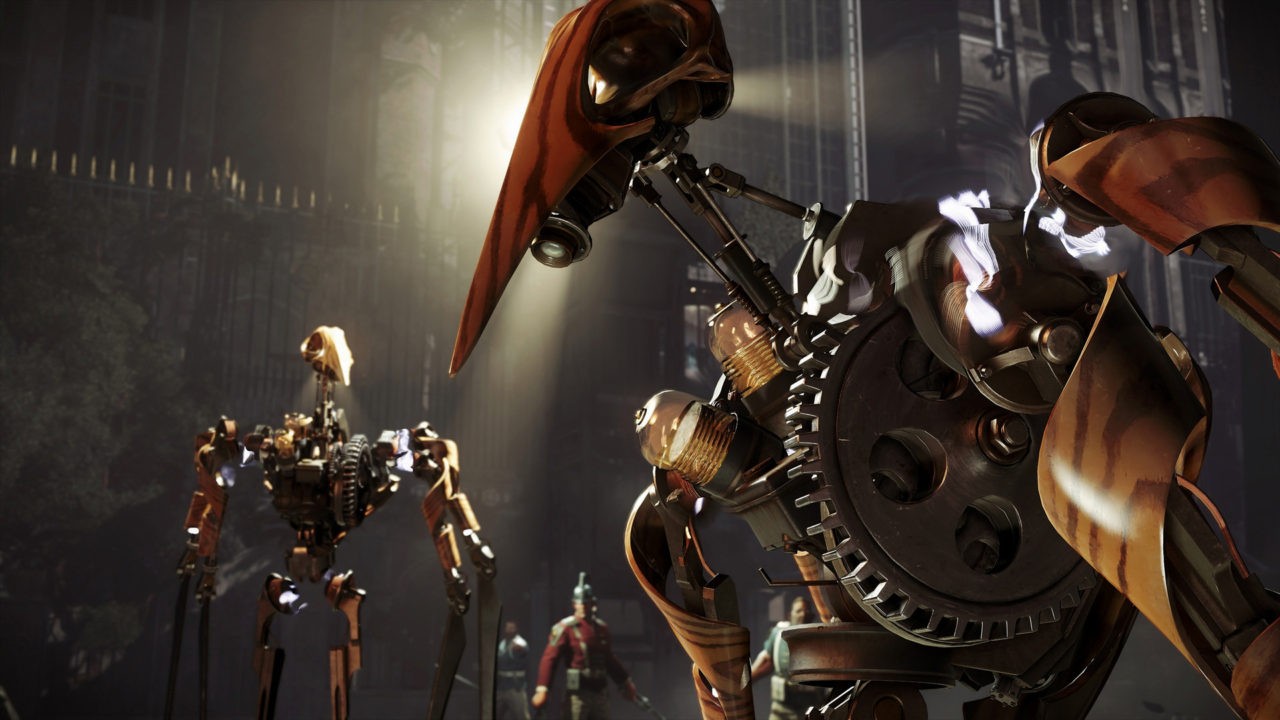 Dishonored 2‘s primary foes are monsters and clockwork automatons, eerie but essentially soulless beings that exist only to be destroyed by the player. It is difficult to find a reason not to slaughter them, and this lack of emotional gravity robs an otherwise stellar sequel of the one thing that would have made it truly shine.

That isn’t to say the game lacks strong characters or excellent writing. The ramblings of Kirin Jindosh and the servants he has given his own voice are appropriately clinical, but tinged with his obsessive madness. The weathered captain of your ship, and her endearing connection to the musty brilliance of Anton Sokolov, is often touching and always memorable. These human moments distinguish themselves, but that is primarily due to their relative scarcity.

Even the personality of The Outsider himself has lapsed. He has traded his eerie mystique to look like the front man of an emo cover band. His voice, once quietly taunting, is listless and disinterested. He’s gone straight from Lucifer to Tobey Maguire in Spider-Man 3. It’s a hard miss; a loss of atmosphere in a franchise that thrives on it. 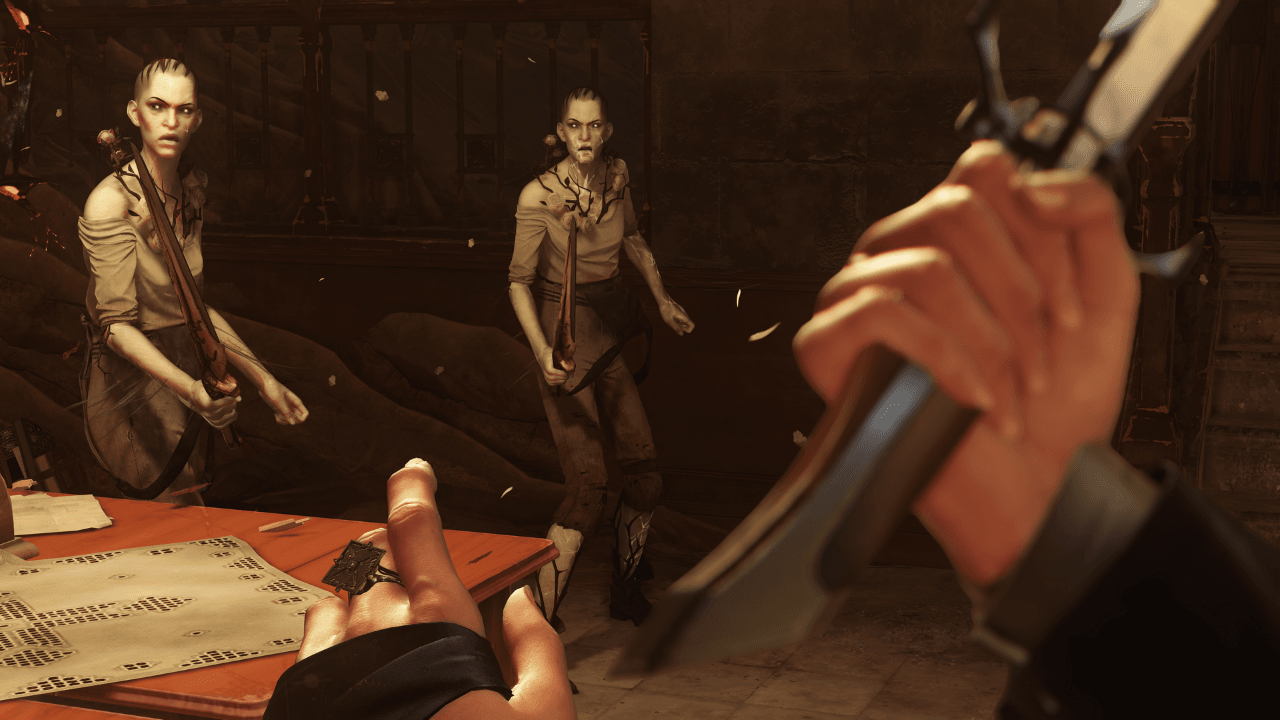 Despite its narrative shortcomings, and even at its lowest point, Dishonored 2 is still easily one of the best games of the year. While it may not meet the standard set by the first entry in the series, it is a triumph by virtually every other measure. If you enjoyed Dishonored, you’ll find a lot to love in Dishonored 2.

Much like the story itself, Dishonored 2 sheds some of its humanity for soulless extravagance. It is the troubled, conflicted, but brilliant heir to a franchise steeped in creativity and wonder, and promises to lure us back with its dark fascinations for years to come.