An 85-page briefing entitled “The Good Censor”, exclusively leaked to Breitbart News from within Google reveals that government requests for Google to censor content have nearly tripled since 2016, although it does not say that Google shouldn’t cooperate.

Pages 66-73 of the briefing admits that tech platforms including Google, Facebook and Twitter underwent a “shift towards censorship” over the past few years.

Page 43 of the document includes data from within the Silicon Valley giant on government censorship requests.

The data shows a more than threefold increase in requests since 2016, although it does not identify which governments made the requests.

The data shows that YouTube is the main target – just over 50 percent of censorship requests relate to Google’s video-hosting subsidiary company, compared to 19.8 percent for Google search. 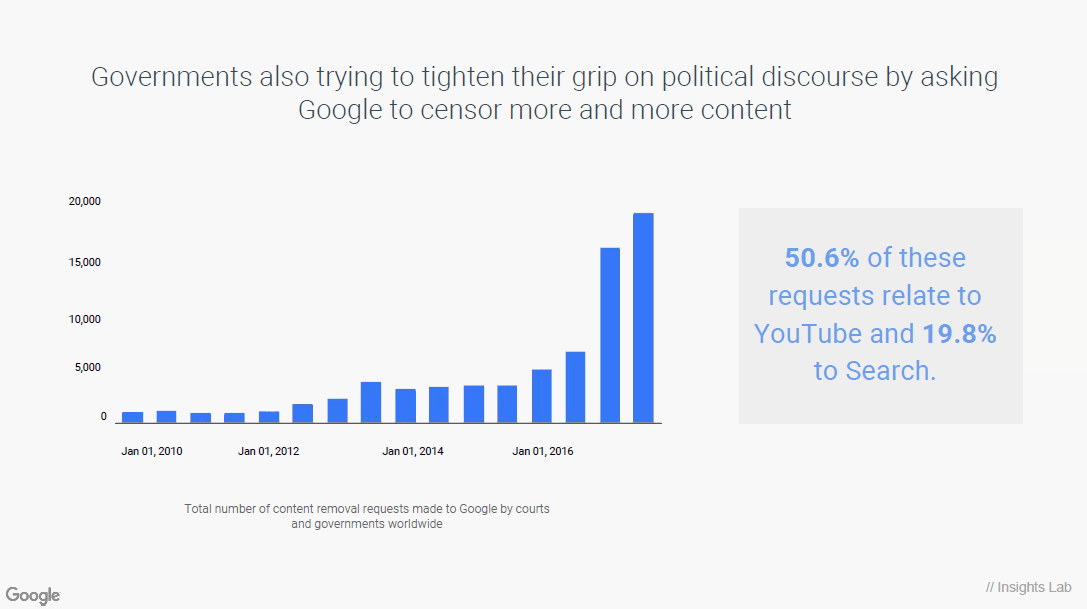 The briefing concludes that Google will have to continue its move towards censorship if it wishes to appease national governments and continue its global expansion. It also cites appeasing advertisers as a justification for censorship. 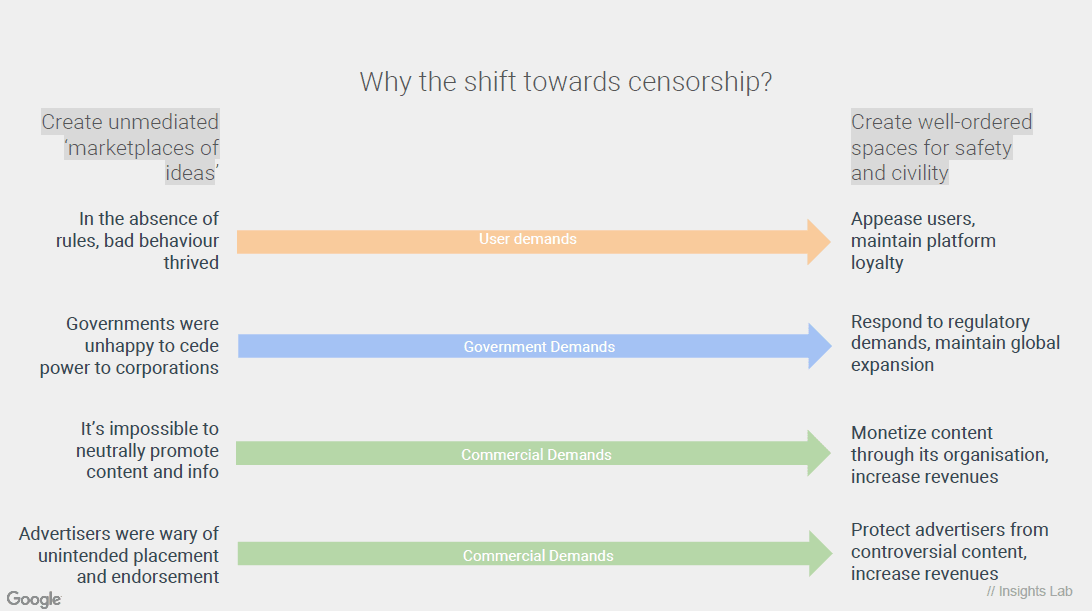 This part of the briefing seems to now be reflected in company policy. Google’s controversial development of a censored search engine, aimed at gaining entry to the Chinese market by appeasing its authoritarian communist government, is a clear example of Google complying with a foreign censorship regime in order to expand globally.