BuzzFeed News reports that YouTube has blacklisted British activist Tommy Robinson from receiving advertising revenue on its platform. BuzzFeed News claims that YouTube informed them this week that it suspended ads on Robinson’s YouTube channel for violating the company’s advertising guidelines. A YouTube spokesperson told BuzzFeed in a statement: “We have suspended ads on Tommy Robinson’s YouTube channel as it breaches our advertising policies.”

Robinson tweeted a photo earlier this week of an email he received from YouTube relating to a particular video he posted, telling him that the company had “placed restrictions on how the video will be shown.” The message from Team YouTube to Robinson reads: “We believe in the principles of free speech, even when the speech is unpopular or potentially offensive to some viewer. However, YouTube doesn’t allow hate speech or content that promotes or incites violence.”

A screenshot of Robson’s post can be seen below: 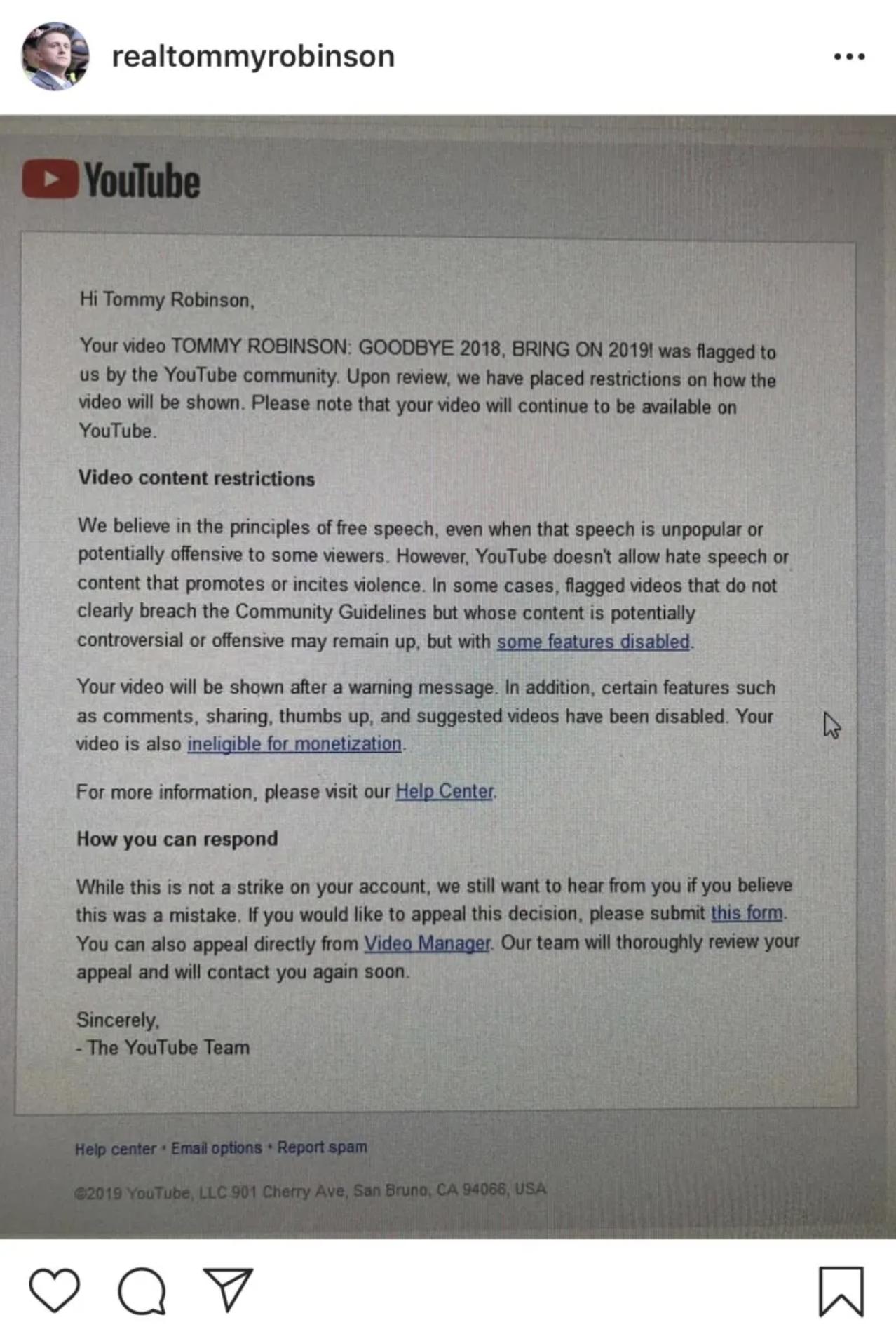 Breitbart News recently published yet another leak from within Google, which reveals that YouTube has manually intervened to blacklist pro-life videos in its search results on numerous occasions. The internal leak also revealed that Google often engages in “manual actions” in order to correct controversial search results in their search product, as well as their Google Home and Google Assistant device search results.

The videos that Breitbart News uncovered were mainly abortion-related and involved the downranking of pro-life videos, which we detailed here, but given the number of conservative YouTubers who have complained of censorship in the past, it wouldn’t be a huge jump to imagine that manual downranking could be affecting them too. Other British YouTubers such as Count Dankula (real name Mark Meechan) have also complained of demonetization:

Literally every single video on my channel has been demonetized. Even stuff that was already approved after manual review. @TeamYouTube seems to have just changed it's mind after already approving over half of them. It goes back years. pic.twitter.com/olN6r3DAS3

Robinson was banned from Twitter in March of last year but still remains active on Facebook with over 1 million fans.